Malaysia: BNM Annual Report – Premature to pull back the reins

BNM Annual Report – Premature to pull back the reins

Sources of deviation between BNM and CIMB forecasts
BNM has penciled in higher growth in the manufacturing, services and agriculture sectors than in our base case scenario. From an expenditure angle, we differ from the central bank in assigning lower contributions to growth from private consumption and investment in lieu of a stronger boost from the public sector. The variance appears most glaring for household spending, as we believe improving returns to labour through the creation of more jobs and wage growth is a more drawn-out process.

Differing views on the trade cycle
Policymakers expect more robust net trade growth than we or the MOF had factored in, and accounts for BNM’s more optimistic view of the manufacturing and services sectors due to positive spillovers from the external sector. BNM expects continued global demand growth for electronics, resource-based manufacturers’ capacity expansions, and a pickup in O&G production, destined for exports. On the other hand, we take a more conservative view on real trade volumes in anticipation of a moderating electronics and smart devices demand cycle, dampened export competitiveness from a stronger ringgit in real trade-weighted terms and a plateauing agriculture export recovery as one-off gains in 2017 fade. Sequential growth of Asian exports has shown signs of lethargy in recent months.

Trade and capital account openness can be a blessing or a curse
While exposure to external trade is a blessing during a synchronised global recovery, the tables may turn if external risks emerge, including

Output gap has closed but runaway inflation stays out of sight
BNM estimates that the output gap is +0.2% of potential GDP, and potential growth of 5.0-5.5%. Yet, the diminishing of slack in the economy has not led to greater cost passthrough to prices nor significant demand-driven pressures. BNM expects inflation of 2-3% in 2018 (CIMB: +2.9%), but has acknowledged that risks to the outlook are oil prices trending higher than its average Brent forecast of US$63/bbl and persistent tightness in labour and capital stock.

Is BNM a hawk in a dove’s clothing? Not yet
Our key takeaways from the briefing and report are BNM may be closer to the next interest rate increase than we had thought, as its expects the output gap to turn positive but weak inflation buys policymakers some time to wait for improvements in consumer sentiment, for evidence of more equitable distribution of economic gains, and for assurance that external risks remain at bay. Domestic inflation becomes a key barometer to assess a change in policy stance. So is BNM a hawk in dove’s clothing? We think not yet, but it leads its ASEAN peers in the process of interest rate normalisation. We maintain our end-2018 OPR forecast at 3.25%, and look ahead to 2019 for the next OPR hike. 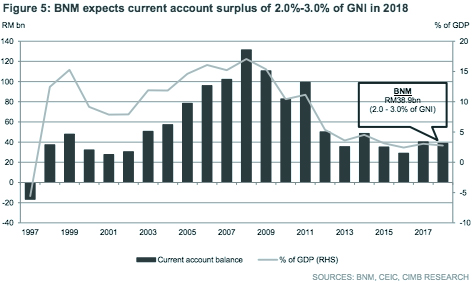 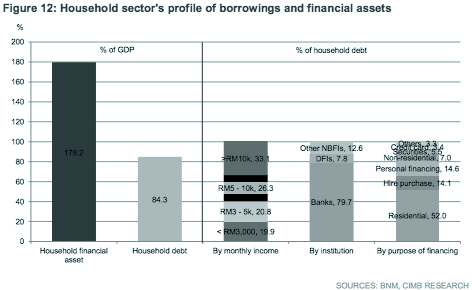 Originally published by CIMB Research and Economics on 28 March 2018.