Budget 2019 to reflect dual priorities of fiscal discipline and growth
Budget 2019, the first under the new Pakatan Harapan (PH) government, will be tabled on 2 November 2018. While billed as a “difficult budget”, the Ministry of Finance (MOF) has stated that the government in not pursuing austerity and is maintaining a pro-growth stance, which it aims to achieve by balancing cost reductions with more targeted spending, efficiency gains and governance reforms. Detailed adjustment plans backed by a strong fiscal framework can instil market confidence that government will remain financially disciplined. Markets are also watching for potential revenue enhancements, including asset sales and new taxes.

Fiscal space can be created through determined spending cuts
In our view, the government has room to make fiscal adjustments via spending cuts without hurting growth prospects unduly if wastages and leakages are curbed. We think operating and development expenditures can be trimmed by RM7bn in Budget 2019 due to tighter procurement procedures, zero-based budgeting, reviews or deferment of infrastructure projects, more targeted subsidies and cash transfers, and revisions in supply and services contracts, which could limit the need for aggressive revenue-raising measures and steeper cuts to productive areas of spending.

Don’t miss the forest for the trees
GDP growth prospects, despite being lowered to 4.5-5.5% in 2018-2020F in the MTR (CIMB: +4.7% in 2018 and 2019) remain supportive of economic activity and labour market conditions. We argue that near-term fiscal adjustments should not detract from the reforms undertaken to reduce total public debt, strengthen government finances and address structural bottlenecks that form the basis of sustainable long-term growth.


Bracing for a difficult Budget 2019
Budget 2019, the first under the new Pakatan Harapan government, will be tabled on 2 November 2018 in what the Minister of Finance Lim Guan Eng has billed a “difficult budget”, as the Ministry of Finance (MOF) normalises government finances a period of two to three years. The MOF may miss initial projections in May to maintain the 2018 budget deficit target of -2.8% of GDP, which were based on the assumptions that additional oil-related revenue, higher GLC dividends, proceeds from the Sales and Service Tax and expenditure cuts would offset the impact from the zero-rating of the GST, petrol subsidies and the Hari Raya Special Assistance (see Fig 2). The pro-rated fiscal deficit as at 8M18 stood at -3.4% of GDP (82.7% of 2018B target) as revenue collection had fallen behind projections (60.6% of 2018B target) while reducing operating expenditure has proven tricky in the short term (76.1% of 2018B target). Barring a sharp reversal in 4Q18, divergent revenue and operating expenditure trends may cause the current balance to dip into a deficit in 2018. 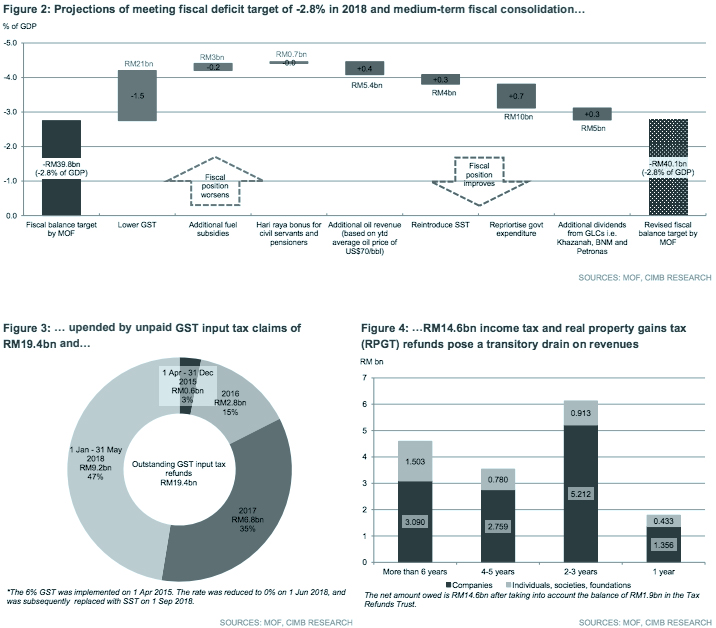 Our base case scenario projects the budget deficit widening to -3.7% of GDP in 2018F and -3.5% of GDP in 2019F, due principally to the post-GST revenue adjustments and the recognition of one-off GST and income tax refunds. 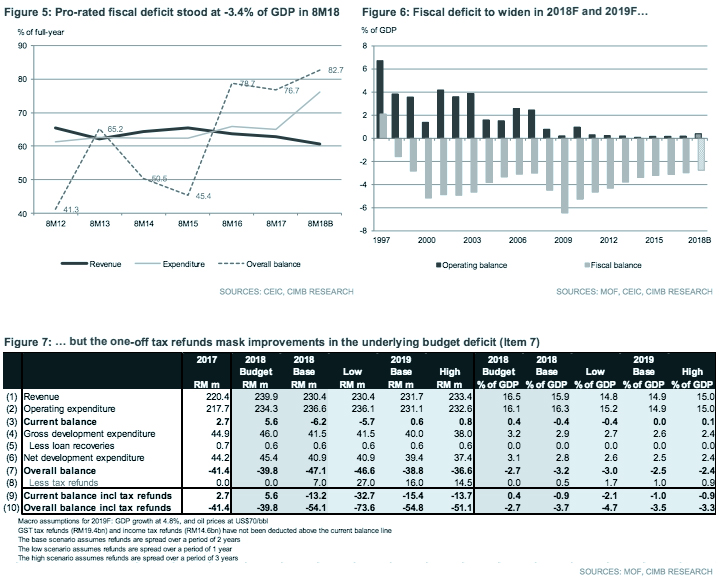 The temporary deviation has been necessary to repair public finances and should not be mistaken as a sign of profligacy. In fact, if the tax refunds were excluded, our estimates suggest that the government would have adhered to its fiscal rule of running a positive current balance in 2019F (item 3 in Fig 7), while curtailing the budget deficit to -3.2% of GDP in 2018F and -2.5% of GDP in 2019F (item 7 in Fig 7). In particular, our projections for Budget 2019 assume: 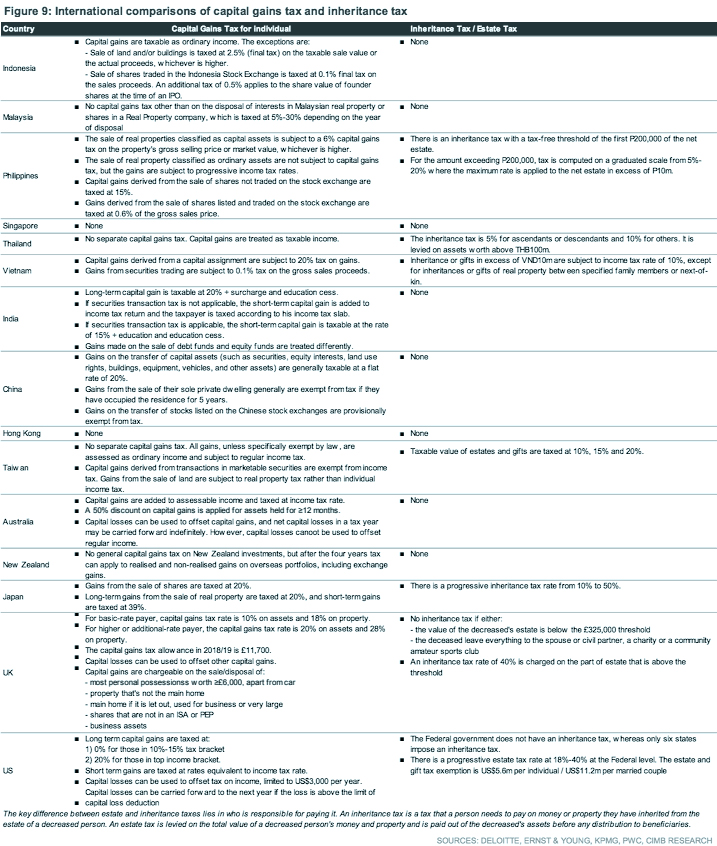 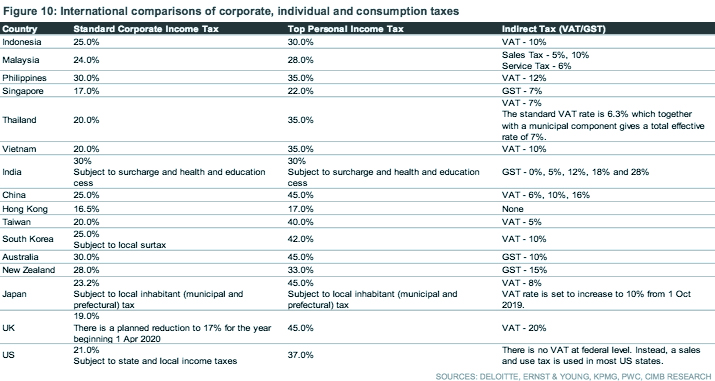 The revenue-expenditure projections suggest that a budget deficit target of – 3.0% of GDP in 2020, recently revised in the 11MP Mid-term Review (MTR), and subsequent fiscal consolidation are achievable, in our view. Importantly, debt dynamics remain favourable, with the public debt to GDP ratio expected to gradually decline over the long term, even if federal net borrowing increases in 2018F and 2019F, as the growth rate of contingent liabilities is likely to moderate amid ongoing reviews of off-balance sheet financing in government-initiated projects. 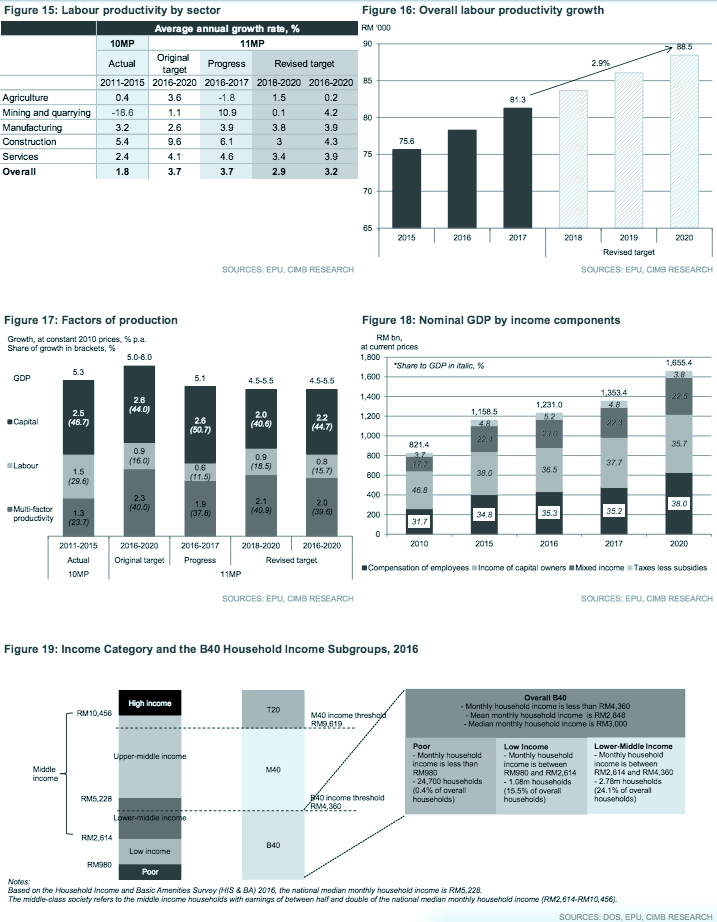 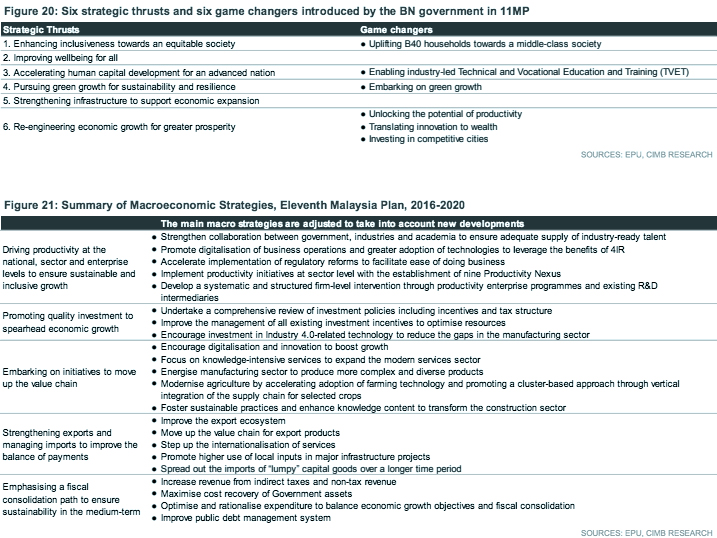 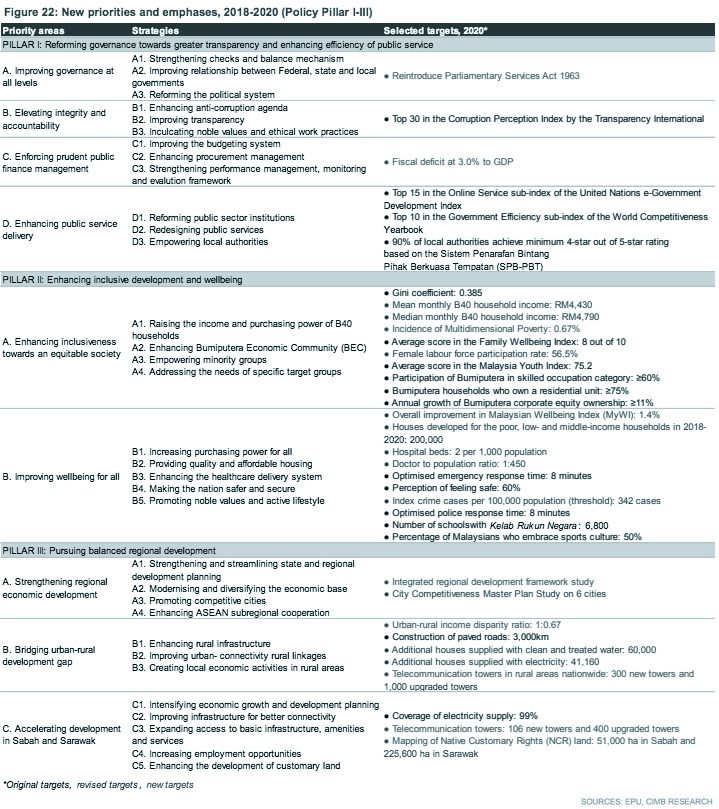 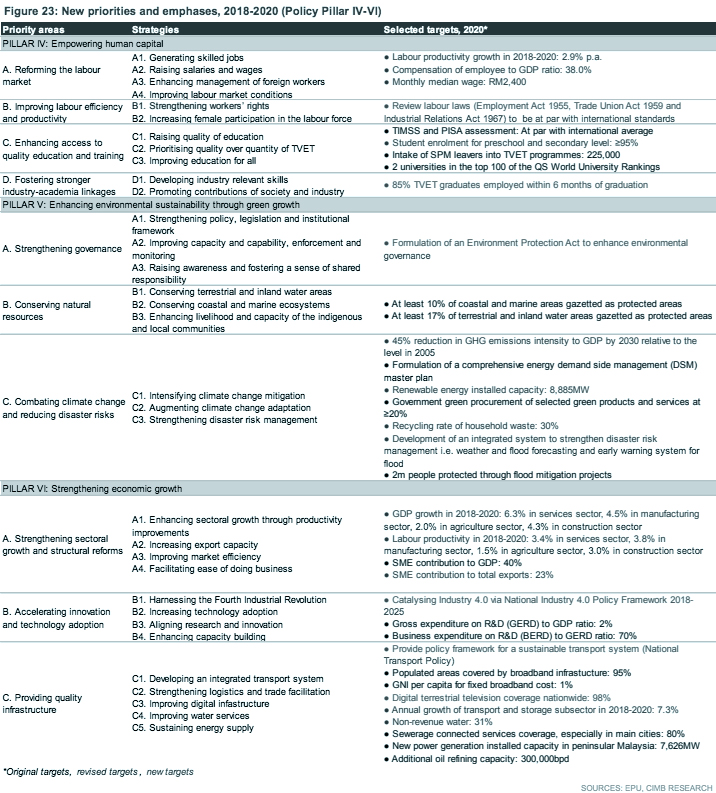 Originally published by CIMB Research and Economics on 19 October 2018.