More positive catalysts in 2H19
While the outlook for export-oriented manufacturers remains muted in 1H19, we expect a cyclical upturn in 2H19, and a recovery in commodity output to underpin gross exports growth of 6.7% in 2019F. Risks include a sharp downturn in major economies and a re-escalation of US-China trade tensions, against current expectations of a rollback in tariffs. 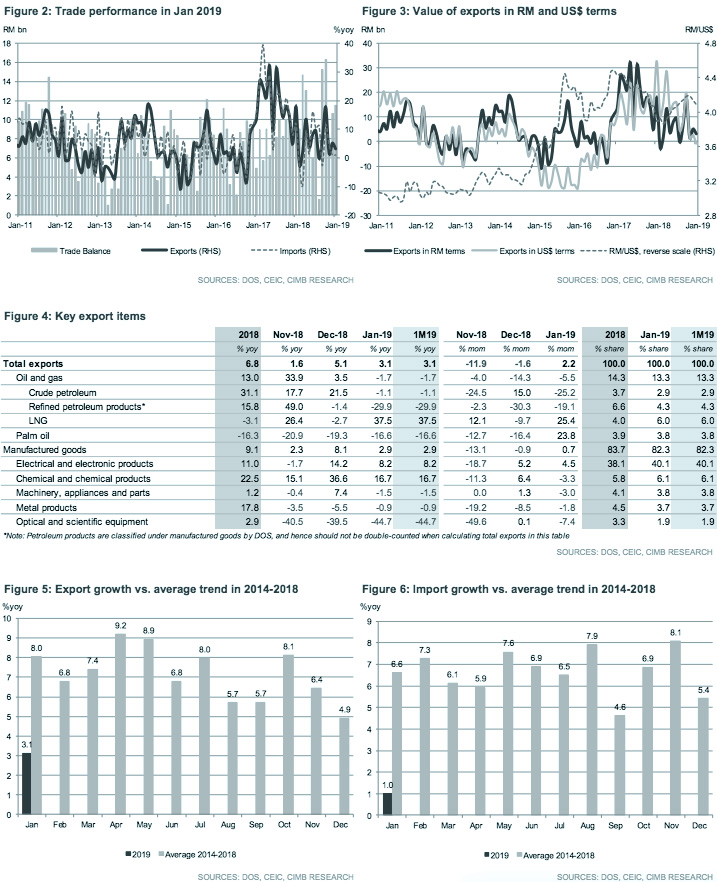 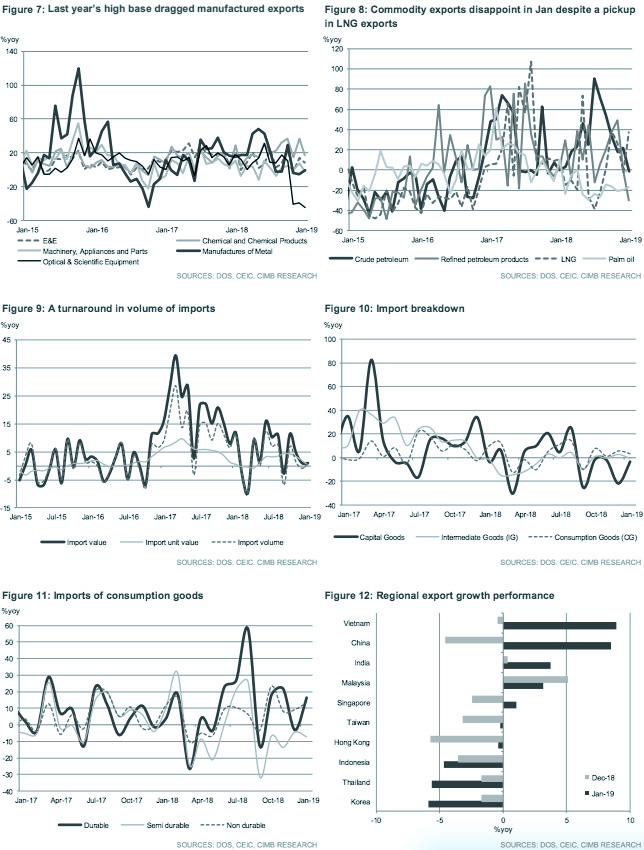 Originally published by CIMB Research and Economics on 4 March 2019.