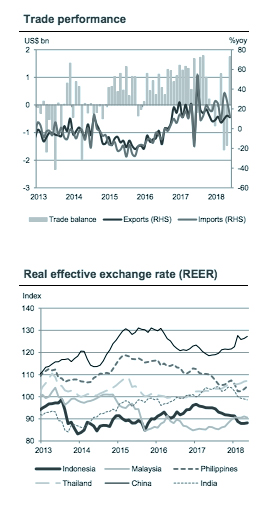 Weaker trade expansion due to a shorter working month…
In contrast to the Lebaran month in 2012-2017 which saw trade declining, total trade activity continued to expand in June 2018, on the back of resilient global trade activity and recovering domestic demand. The pace of expansion nonetheless eased (+12.0% yoy vs. +20.5% yoy in May) due to a shorter working month, as the government declared extra holidays surrounding the Lebaran festive season. There were 20% yoy fewer working days in June 2018 (12 vs. 15 in June 2017).

… but export volume growth quickened
Nonetheless, export volume growth accelerated despite fewer working days (+24.1% yoy in June vs +17.5% yoy in May). The acceleration may have been partly supported by a weaker currency, which improves export competitiveness, whereas higher O&G production in the country lifted O&G exports. On the flip side, the import growth was mainly led by price effects (+21.8% yoy in June vs. +17.0% yoy in May), compensating for the decline in import volume (-7.5% yoy vs. +9.7% yoy in May). 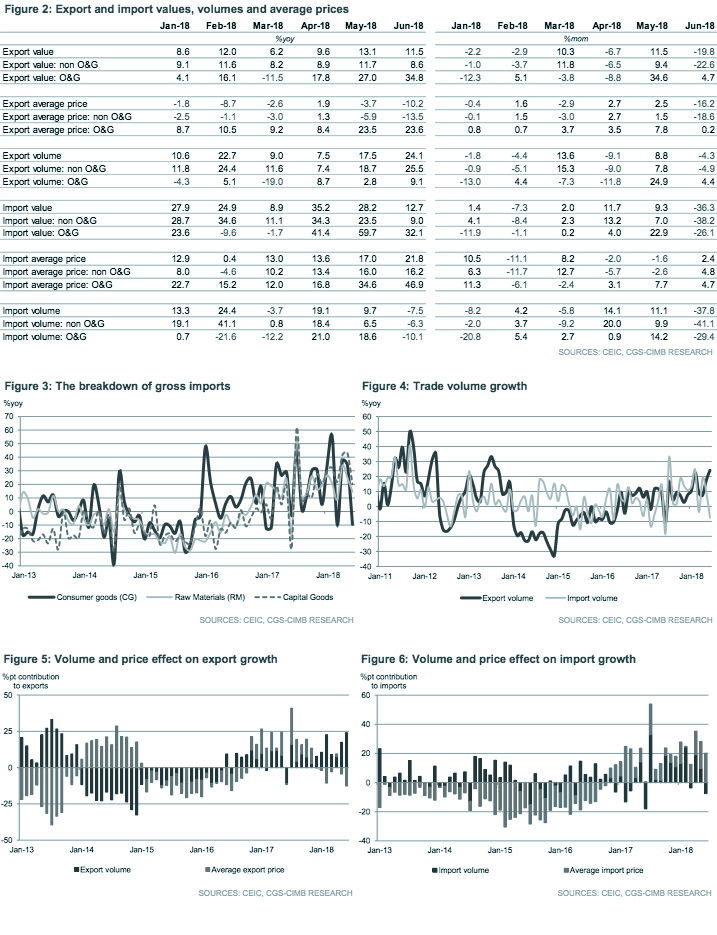 Originally published by CIMB Research and Economics on 16 July 2018.