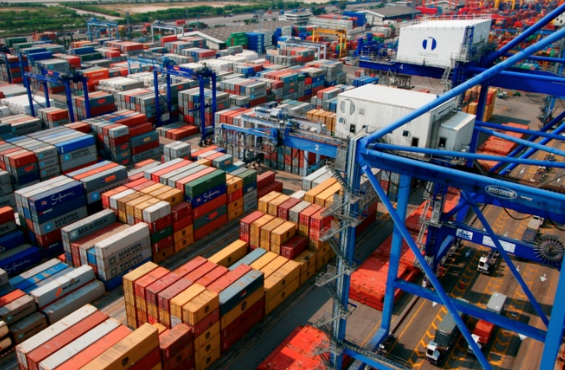 Thailand to increase exports to ASEAN nations by 20%
(2 October 2018) Thailand’s Commerce Minister Sontirat Sontijirawong said Thailand’s exports to ASEAN have seen double-digit growth year-on-year from January to August 2018. He added that until the 2019 election, Thailand would aim to sustain this growth trajectory while setting a target of 20% export growth to the ASEAN region. Furthermore, he said that for the Commerce ministry, Thai-Asean trade is a priority and has attached the greatest importance to exports to ASEAN as its growth is deemed to support among others, the manufacturing, agriculture and services sectors. Regarding the ongoing trade war between the US and China, the minister said Thailand will first have to gain a clearer understanding of how it affects Thai enterprises.
Read more>>

Myanmar’s construction outlook downgrade due to Rakhine issue and reform inertia
(3 October 2018) Consulting firm Fitch Solutions Macro Research, a unit of the global Fitch group, has lowered growth projections for Myanmar’s construction sector. Expectations for construction growth have been reduced for 2017 from 18.5% to 10.3% year-on-year (y-o-y). The forecasts for 2018 and 2019 were also changed year-on-year to 13.3% (from 16.5%) and 13.8% (from 14.7%) respectively. It cited reasons such as economic reforms which have not been on-track and the ongoing humanitarian crisis in northern Rakhine as contributing factors. The firm said Myanmar remains a high-risk location for investment, with ongoing security and business environment risks deterring foreign investors and dampening growth.
Read more>>

IMF retains Cambodia’s economic growth at 7.25% for 2018
(2 October 2018) The International Monetary Fund (IMF), in its country visit to Cambodia, indicated that Cambodia’s economic growth would remain at 7.25% in 2018 and reduce to 7% in 2019. The IMF also mentioned that real estate sector related bank loans which is expected to grow by 20% in 2018, along with unregulated lending by real estate developers would continue to pose risks to financial and macroeconomic stability. The National Bank of Cambodia has implemented policy measures such as conservation safeguard and liquidity management to mitigate these risks. The IMF has also urged the Cambodian government to speed up reform in the health and education sectors to fulfil the target growth rate of 7% over the medium term as well as to improve business climate by lowering energy costs, enhancing human resource and infrastructure.
Read more>>

Vietnam Government looks to protect its economic growth as trade risks rise
(28 September 2018) Vietnam is implementing measures such as reducing obstacles to private investment and fast-tracking infrastructure projects to boost economic growth. Together with keeping inflation under control, these measures are aimed at maintaining Vietnam’s record of high economic growth amidst threats such as the worsening US-China trade conflict. Data from Vietnam’s General Statistics Office showed Vietnam’s economy increased to 6.88% in the third quarter from 2017 after expanding a revised 6.73% in the second quarter. The year-to-date expansion was 6.98%, and inflation was unchanged at 3.98%. The office also said that Vietnam’s economic growth might surpass the government’s target of 6.7% by the end of 2018 given strong domestic demand, increasing exports and foreign investment.
Read more>>

Germany funds MRC to improve cross-border water cooperation
(3 October 2018) The German government has pledged to strengthen Mekong cross-border water cooperation by channelling US$4.6 million to the Mekong River Commission (MRC), an intergovernmental organization comprising Cambodia, Laos, Thailand, and Vietnam. Germany’s support aims to expand dialogue, and collaboration on transboundary water resource planning and management among these countries. Germany’s technical development organisation, GIZ (Deutsche Gesellschaft fuer Internationale Zusammenarbeit) will implement the initiative whose funding will span three years from January 2019 to December 2021. A portion of the funding will also be allotted to MRC’s new financial system known as the “basket fund” to implement overall activities under the strategic plan 2016-2020. The system allows the commission to utilise existing grants for any of its important projects which address emerging needs and enhance projects under MRC that could benefit more than 65 million people in the basin.
Read more>>