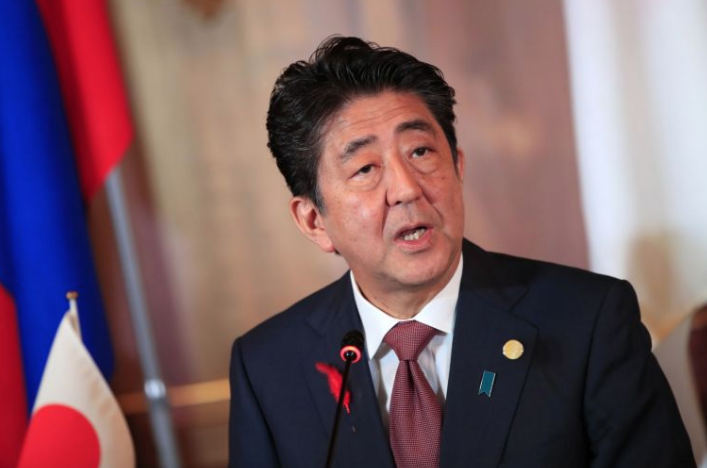 Japan and Mekong countries to assume new three-year strategy on quality infrastructure
(9 October 2018) Japanese Prime Minister Shinzo Abe promised to stimulate quality infrastructure projects in the five countries namely Thailand, Vietnam, Cambodia, Laos and Myanmar during the 10th Mekong-Japan Summit in Tokyo. The Japanese government pledged to help countries in the Mekong region in at least 150 projects under a new blueprint called the Tokyo Strategy 2018 for Mekong-Japan Cooperation, which runs from 2019 to 2021. These projects will focus on three areas namely building effective connectivity, building people-centred societies and environment and disaster management. The annual Mekong-Japan Summit has been held since 2009, and it aims to achieve sustainable development in the area and to narrow the development gap in the Mekong. Abe acknowledged that in the last three years, investment by Japanese firms in the Mekong region surpassed US$17.7 billion.
Read more>>

EVFTA to enhance Vietnam’s national competitiveness
(10 October 2018) According to a European Chamber of Commerce (Eurocham) report titled “The EU – Vietnam Free Trade Agreement: Perspective from Vietnam”, the implementation of the European Union (EU) and Vietnam Free Trade Agreement (EVFTA) would help improve Vietnam’s competitiveness. The report found that 80% of 132 respondents, comprising 10% of Eurocham’s membership, agreed that the EVFTA would very likely or likely to enhance Vietnam’s competitiveness compared to other countries such as China, Japan, Korea and the US. About 72% of respondents were favourable that the EVFTA would enable Vietnam to become the hub for EU companies to access the ASEAN market. Once the EVFTA is ratified and implemented, it is expected that there would be a reduction of 99% of tariffs across a range of products. Vietnam’s exports to the EU are expected to be 50% higher in 2020, with imports also seeing significant growth, according to the report. The report also revealed that businesses believed that apart from economic benefits, the trade deal would have a positive impact on a range of social and environmental issues such as welfare and environmental protection, knowledge transfer and workers’ rights. According to Vietnam’s Ministry of Planning and Investment, the EU was the fifth-largest foreign investor in Vietnam with almost 2,500 projects worth around US$44 billion as of 2017.
Read more>>

MIPP aims to attract US$200 billion worth of investments in 20 years
(9 October 2018) The Myanmar Investment Commission (MIC) launched a significant investment promotion plan, which seeks to attract more than US$200 billion and address the significant decline in foreign direct investment (FDI). Specifically, the Myanmar Investment Promotion Plan 2018 (MIPP) maps out three strategic periods to attract FDI. With this plan, it expects to receive FDI worth US$8.5 billion in the first four-year phase starting from the 2021/2022 fiscal year, US$12.3 billion in the next four years from 2026/2027 to 2030/2031 and US$17.6 billion in the third phase from 2031/2032 to 2035/2036. Through the MIPP which was jointly formed by the MIC and the Japan International Cooperation Agency (JICA), the Myanmar government pledges to enact policies that support macroeconomic stability and the establishment of reliable laws and regulations and stable financial systems. According to the Directorate of Investment and Company Administration (DICA), FDI in Myanmar reduced from US$$9.5 billion in the 2015/2016 fiscal year to US$6.6 billion in 2016/2017 due to the Rohingya crisis. For the 2018/2019 fiscal year, DCA said the Myanmar government expects to receive US$5.8 billion.
Read more>>

Cambodia to lose special access to EU, Myanmar being considered for sanctions
(5 October 2018) The European Union (EU) will withdraw Cambodia’s “Everything but Arms” (EBA) status due to the country’s poor progress in improving its human rights record. The EBA status allows the world’s poorest countries to sell any goods tariff-free into the EU, except weapons. EU’s trade chief Cecilia Malmstrom said the EU had initiated a six-month review of its duty-free access to the EU, meaning Cambodian sugar, garments and other exports could face tariffs within 12 months under EU rules. Cambodia’s export to EU countries was reportedly worth US$5.8 billion in 2017. Likewise, the EU is also considering similar trade sanctions for Myanmar, as part of its efforts to toughen its policy on human rights in Southeast Asia. However, the European Commission, which handles EU trade policy, is split between supporting the development of Myanmar’s oil-and-textile economy and sanctioning the country. The EU will send a team to monitor the extent of the rights abuses and the Myanmar government’s willingness to change course.
Read more>>

Thailand’s Ministry of Commerce mulls blockchain for copyright, agriculture and trade finance
(9 October 2018) Thailand’s Commerce Ministry has launched a feasibility study to apply public blockchain solutions to copyright management, with plans to expand to agriculture and trade finance to boost the country’s competitiveness. Pimchanok Vonkorpon, Director-general of the Trade Policy and Strategy Office (TPSO) under the Commerce Ministry, said the office has the support of the British Embassy in Bangkok to implement two feasibility studies for using blockchain on IP registration and trade finance, which are expected to be completed in February 2019. Blockchain will help with traceability, digital IDs, company and IP registration management, and trade financing to improve transparency, enhance operational efficiencies and reduce the costs of business operations. The TPSO plans to introduce blockchain projects on a small scale initially to see which pressing matters should be prioritized.
Read more>>