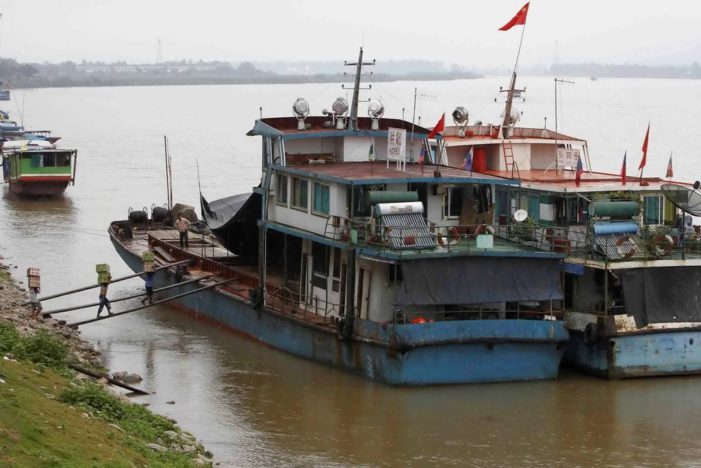 EBA withdrawal could affect Cambodia’s real estate sector
(7 November 2018) The potential discontinuation of the European Union’s duty-free trade privileges under its Everything But Arms (EBA) pact has led to concerns over whether Cambodia’s real estate sector will be impacted in the coming months. The country’s real estate sector is largely driven by its tourism, agriculture and manufacturing sectors. Its industrial sector employs nearly one million workers, the majority of whom work in garment factories. According to the head of a real estate portal, the manufacturing sector has a big impact on real estate growth since property demand grows as people seek accommodation and other services in the vicinity of factories.
Read more>>

China to create free trade zone with Thailand and Laos
(13 November 2018) As the US-China trade war escalates, China looks to mitigate the fallout by boosting economic ties with countries in the Mekong region by setting up a free-trade zone on the border between Thailand and Laos. According to Thai Commerce Minister Sontirat Sontijirawong, Thailand will arrange for talks between China and Laos to finalize a framework for the project which it expects to be completed in the next few years. According to the director-general of Thailand’s Negotiation Department, the free trade zone will cover an area stretching from the southern Chinese border district of Mohan to Chiang Khong in the far north of Thailand. Mekong countries also hope to profit from China’s Belt and Road Initiative (BRI) by exporting to the European market via China’s border with Kazakhstan.
Read more>>

Myanmar eases restrictions on foreign bank lending
(9 November 2018) According to a written announcement which was signed by Myanmar deputy governor Soe Thein on November 8, the country will now allow foreign banks to provide financing to local businesses. This measure is aimed at injecting much needed capital into the country’s economy as local banks have previously lent largely on preferential terms to well-connected customers. An economic advisory to the State Counsellor indicated that the lack of access to capital has long been ranked in surveys as the leading problem faced by Myanmar businesses. Till now, foreign banks which are currently operating in Myanmar—namely Australia’s ANZ Bank, Singapore’s United Overseas Bank and Malaysia’s Maybank—can only provide loans to foreign entities in foreign currencies or to local firms via intermediaries. Despite the easing of restrictions, foreign banks are still barred from offering retail banking services.
Read more>>

Vietnam ratifies Trans-Pacific trade pact
(12 November 2018) Vietnam’s legislative body has unanimously ratified the Comprehensive and Progressive Agreement for Trans-Pacific Partnership (CPTPP), making it the seventh country to do so. The government stated that the CPTPP was not merely a trade agreement but also a catalyst to greater change in the areas of legislation, government administration and social governance. According to the International Labour Organization (ILO), the pact includes specific requirements that will help Vietnam advance labour reforms and modernize its industrial relations system. Most significantly, taxes on nearly half of Vietnam’s garment exports to Canada will be removed immediately after the agreement takes effect, and 100% after four years. Its footwear and seafood industries will also benefit from the agreement.
Read more>>

Thailand gets ready to take ASEAN chair
(13 November 2018) Thailand has been getting its house in order in anticipation of its impending chairmanship of ASEAN. The country, which will take over the ASEAN chair from Singapore on November 15, has plans to address several domestic institutional hurdles in the next few months to ensure the smooth transition to its new role. According to the Bangkok Post, the 34th ASEAN Summit is scheduled for the third week of June 2019, while the 52nd ASEAN Ministerial meeting is set for the end of July 2019. Further, the 35th ASEAN Summit and the 14th East Asia Summit will be held in Bangkok in the first week of November 2019. According to the director-general of the Thai Department of ASEAN Affairs, Thailand will focus on three pillars during its chairmanship, i.e. a people-centred community, leaving no one behind, and looking ahead beyond 2040. As ASEAN coordinator on issues of sustainable development, Thailand is expected to link the ASEAN agenda with the United Nations’ Sustainable Development Goals 2030.
Read more>>