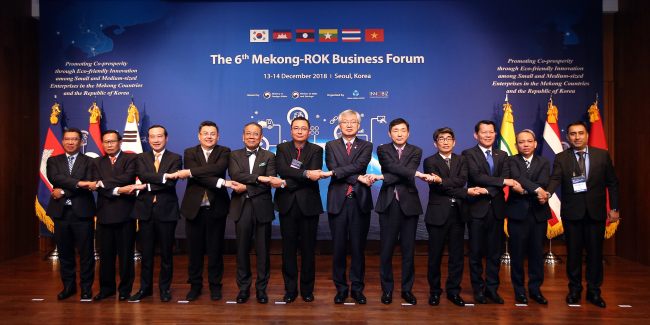 Myanmar Investment Commission (MIC) promotes the country’s investment prospects in Hong Kong
(22 October 2018) The Myanmar Investment Commission (MIC) held a second Myanmar Investment Promotion Seminar in Hong Kong following the Myanmar government’s recent announcement of the 20-year foreign investment promotion plan. Hong Kong is one of the largest investors in Myanmar. More than 150 Hong Kong firms and Hong Kong SAR’s Secretary of Commerce and Economic Development Edward Yau attended the seminar. During the event, MIC chairman U Thaung Tun said the commission is working towards implementing measures including regulatory initiatives that could support Myanmar as an investment-friendly destination. According to data provided by the Directorate of Investment and Company Administration (DICA), Hong Kong is the fourth largest investor in Myanmar after China, Singapore and Thailand. As of 30 September 2018, Myanmar attracted US$7.87 billion from Hong Kong investors, which makes up 10% of total permitted foreign investment in Myanmar. To satisfy its infrastructure needs, Myanmar requires US$320 billion investments by 2030 and the Myanmar Investment Promotion seminar was held to intensify efforts to get more investments from East Asian countries.
Read more>>

EU’s investment to decline with the revoking of Cambodia’s “Everything but arms” status
(22 October 2018) Credit Rating agency Moody’s reported that the recent withdrawal of duty-free trading access on Cambodian imports by the European Union (EU) would have a negative impact on European investments in Cambodia. EU, which is Cambodia’s biggest export market, revoked Cambodia’s “Everything but Arms (EBA)” status due to the country’s human rights record. Moody’s said that the loss of preferential trade access to the EU is credit negative for Cambodia. Due to the withdrawal of the EBA, the imposition of tariffs will increase the cost of Cambodian-made goods in Europe. This situation would lead to undermining the price competitiveness of Cambodia’s garments unless there are productivity gains to offset the loss. According to the EU, Cambodia’s exports to the EU were worth US$5.8 billion in 2017.
Read more>>

Myanmar is looking to East Asia to power its long-term investment needs
(19 October 2018) Under the Myanmar Investment Promotion Plan (MIPP), Myanmar is looking to attract more foreign direct investments (FDI) from East Asia in the next 20 years. Deputy director general of the Directorate of Investment and Company Administration (DICA) U Than Aung Kyaw said while Myanmar is enhancing its trade ties with ASEAN, it is also looking to attract FDI from East Asian including South Korea, Japan and Greater China under the MIPP. The oil and gas sector is expected to receive larger volumes of FDI in 2019. Over the next 20 years, DICA projected that Myanmar’s total FDI would reach US$220 billion under the MIPP.
Read more>>

Vietnam looks to improve its general business environment including for EU companies
(18 October) Vietnamese Prime Minister Nguyen Xuan Phuc said his government is enhancing Vietnam’s general business environment including for European firms during the Việt Nam EU-Belgium Business Forum which was organised by among others, the Việt Nam Chamber of Commerce and Industry (VCCI) and the Belgian Vietnamese Alliance. He also emphasised the importance of the Europe-Việt Nam free trade agreement (EVFTA) which is expected to provide further opportunities for collaboration among business stakeholders. Nguyen Xuan Phuc hoped that the European business association especially Belgian firms would push for the signing of the agreement.
Read more>>

Thailand aims to tap new export markets amid US-China trade war
(24 October 2018) The escalating trade war between the United States and China has led the Thai Commerce Ministry to look for new export markets. Thailand is eyeing exports to the United States through food diplomacy and increasing its food and agricultural exports to Cambodia, Laos, Myanmar and Vietnam. The target for the 2018 export growth rate is 8%. According to the Director-General of the Commerce Ministry’s Trade Policy and Strategy Office Pimchanok Vonkorpon, the US-China trade war has both direct and indirect negative impact on Thai exports. There has been a contraction of exports by 5.2% year-on-year to US$20.699 billion in September 2018. However, there are also indirect benefits such as the opening of new markets for Thai products following the loss of market share by Chinese goods due to the imposition of higher US tariffs.
Read more>>