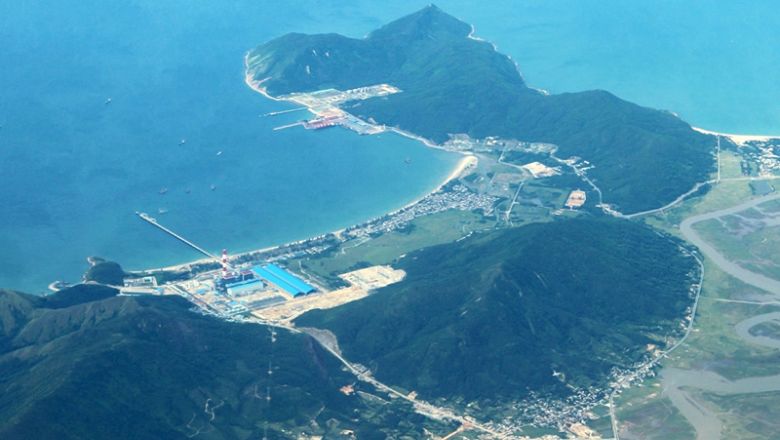 Laos and Vietnam to boost cooperation through infrastructure projects
(6 June 2019) Lao Prime Minister Thongloun Sisoulith’s visit to Hanoi for talks with Vietnamese Prime Minister Nguyen Xuan Phuc in early June concluded with both sides agreeing to elevate bilateral cooperation, especially in the area of large infrastructure projects. According to Lao media, the key infrastructure projects concerned were the Vung Ang seaport and Vientiane-Hanoi expressway. Both governments have agreed to jointly develop the seaport in Vietnam’s Vung Ang Economic Zone, with Laos holding a 60% stake in the project and Vietnam holding the remaining 40%. Furthermore, both sides are also looking for funding for the 707-kilometre, six-lane Hanoi-Vientiane expressway that is projected to cost over US$4.5 billion. Furthermore, both governments are also seeking funding for key projects such as a 555-kilometre railway linking Vientiane with the Vung Ang seaport. According to the report, the Lao government sees access to Vietnam’s Vung Ang seaport as a crucial component for trade as the port would serve as a key trade route for the landlocked country.
Read more>>

More Thailand-Laos transportation links in the pipeline
(6 June 2019) Thailand and Laos have several transport infrastructure projects in the works to boost connectivity between the countries, said Thai transport minister Arkhom Termpittayapaisith. These projects include, firstly, the sixth Thai-Lao friendship bridge that will cost US$105.59 million for construction and land expropriation on the Thai side, and US$41.59 million on the Lao side — for the latter, the Lao government is seeking a loan from Thailand’s Neighbouring Countries Economic Development Cooperation Agency (NEDA). Secondly, the governments are also drawing up plans for a 139-kilometre, four-lane highway to facilitate the transportation of goods from Laos to Thailand’s city of Udon Thani, which would make it easier for Laotian goods to be ferried to Laem Chabang port. Once the relevant plans and assessments are finalised, construction on the US$320 million highway will likely begin in 2021 and take four years to complete. Thirdly, the governments are also planning a four-lane motorway along the Mekong River. Finally, the minister also revealed that there were plans for rail links to connect Vietnam and Thailand’s key ports through Laos.
Read more>>

Thailand and Vietnam set to achieve US$20 billion trade target
(7 June 2019) Thailand and Vietnam are well-positioned to reach their targeted US$20 billion bilateral trade volume next year, said Thai trade counsellor to Vietnam Pannakarn Jiamsuchon. However, the trade counsellor also noted the growing competitiveness of the Vietnamese market brought about by the increasing number of free trade agreements the government has signed with other countries. Nevertheless, she said that for Thai firms to maintain a foothold in Vietnam they will have to continuously enhance the quality of their products and keep prices competitive in order to remain competitive. According to Pannakarn, bilateral trade between Thailand and Vietnam grew from US$6 billion in 2009 to US$16.6 billion in 2018, thus suggesting that the US$20 billion goal for 2020 was well within reach.
Read more>>

KBZ Group and PTT partner to develop Myanmar’s largest oil terminal
(10 June 2019) Myanmar’s Kanbawza Group (KBZ) and Thailand’s state-owned oil and gas company PTT announced on May 10 their plans to establish a joint venture to develop what will reportedly be the largest oil terminal in Myanmar. According to the companies’ joint press release, the venture will be established through the companies’ energy and retail subsidiaries, with investments totalling over US$200 million. The oil terminal will be located in southern Yangon’s Thilawa area and include facilities for the procurement of petroleum products, jetty management, oil storage, liquefied petroleum gas (LPG) filling and the wholesale businesses of petroleum products. Furthermore, the companies expect the oil terminal to be the largest of its kind in Myanmar, with a maximum capacity of one million barrels of oil and 4,500 metric tonnes of LPG. Construction of the oil terminal is slated for completion in 2021, while PTT subsidiary, PTT Oil and Retail Business Public Co Ltd, has plans to increase its number of fuel stations in Myanmar to 70 stations by 2023.
Read more>>