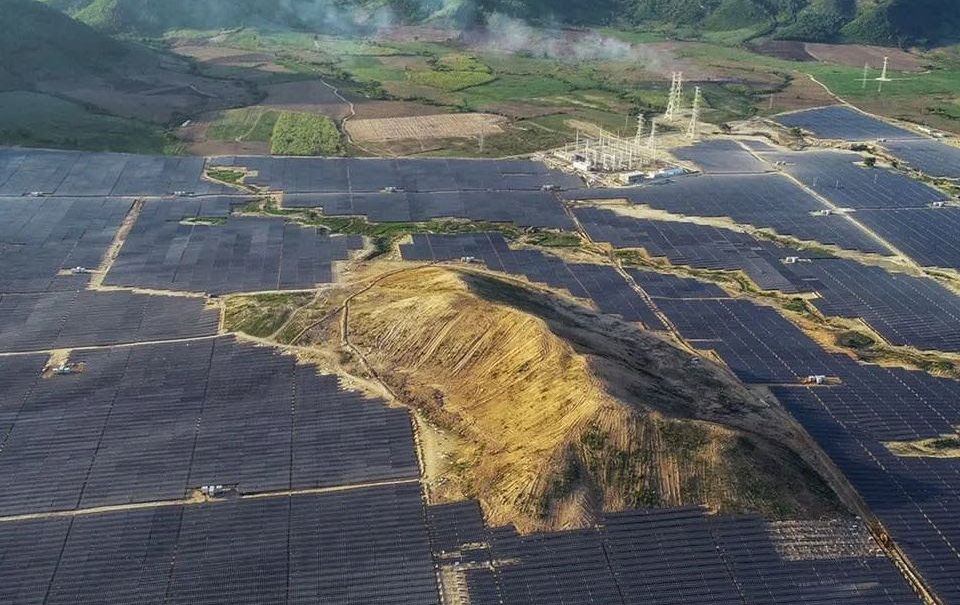 Thailand’s B. Grimm Group opens two solar farms in Vietnamn
(5 July 2019) Thailand’s B. Grimm Group began operating two solar farms in Vietnam in June as part of the company’s plan to more than double its power generating capacity to 5,000 MW by 2021. The solar farms, which cost around US$677 million, are also the largest solar plants in Southeast Asia by area — the 420 MW Dau Tieng plant in Tay Ninh province covers 504 hectares and the 257 MW Phu Yen plant in Phu Yen province covers 300 hectares. B. Grimm Power chief executive Preeyanart Soontornwata told a media outlet in an interview that the company is betting heavily on Vietnam’s growing appetite for energy, which is projected to reach nearly 130 GW in 2030, up from 50 GW in 2018. Vietnam’s energy portfolio is composed of approximately 35% coal, 35% hydro, 26% oil and natural gas, and 4% non-hydro renewables.
Read more>>

Thai Central Group subsidiary’s decision to stop procuring from Vietnamese suppliers draws protests
(5 July 2019) Thai Central Group’s Vietnamese subsidiary Big C drew protests when it announced on July 2 that it would stop procuring garments from local Vietnamese suppliers immediately due to “a change in strategy of development of our soft-line concept.” After a meeting with Big C two days later, Vietnamese industry and trade minister Do Thang Hai said that the company only intended to stop sourcing from these suppliers for 15 days because some of the suppliers had not met the necessary regulations and commitments. Nevertheless, he said that Big C has promised the government that it would resume procurement from 50 local suppliers immediately and another 100 suppliers in the coming weeks. The deputy minister’s remarks were followed by a statement by Big C, which stated that the company was in the process of reviewing over 200 garment suppliers to ensure that their products not only met the quality conditions needed for the domestic market but also for export.
Read more>>

Four new major commerce laws to boost local economy to be passed this year
(10 July 2019) The Cambodian government will pass a slew of new commerce laws this year to boost the local economy, commerce ministry state secretary Mao Thora said. According to the state secretary, drafts of the new e-commerce law and consumer protection law are being reviewed by the Council of Ministers and Prime Minister Hun Sen will chair a meeting on July 12 to discuss the drafts, after which they will be passed to the country’s legislative arm. Furthermore, the ministries have recently concluded talks relating to the new competition law, which aims to bolster consumer confidence by ensuring that a wide range of quality goods and services are available at fair prices. The ministries are also reviewing the country’s new contract law, which will include a focus on regulating franchises. All four laws are expected to be passed by the end of the year.
Read more>>

Laos’ Xieng Khuang vows to approve investment projects within two weeks
(9 July 2019) Laos’ Xieng Khuang provincial government will process all investment project proposals within two weeks and ensure that memoranda of understanding with investors are signed as soon as possible, said Xieng Khuang provincial governor Bounton Chanthaphone. However, he added, these investors should also be committed to developing the proposed projects without delay and not try to resell the project to other investors. The governor’s two-week pledge comes as part of the province’s business reform initiatives, which has thus far resulted in an inflow of US$148.5 million in approved investments in the first six months of 2019, fulfilling 86% of the province’s investment goal for the year. This includes a pledge from Vietnam’s Vinamilk dairy company in partnership with a Japanese investor to invest US$120 million in the province in the next three years to breed 20,000 cows and an additional US$380 million in the next five years to breed up to 100,000 cows.
Read more>>

Thai stock exchange mulls digital coin for domestic and CLMV markets
(10 July 2019) Stock Exchange of Thailand (SET) head Pakorn Peetathawatchai shared on July 10 that the SET proposed the idea of creating a digital “stable coin” to the Thai Securities and Exchange Commission (SEC) several months ago to create a trusted, locally-regulated cryptocurrency to facilitate the trading of securities. However, Pakorn stressed that the proposal was still very much at the idea stage and the proposal is being considered by the SEC. However, if the concept gains traction in the domestic market, the SET can then look at expanding its use in Cambodia, Laos, Myanmar and Vietnam. According to Pakorn, the SET is also exploring the use of digital assets for trading with other markets as a more cost-effective alternative to physical linkages. To this end, the SET is seeking partners to develop its digital capabilities with the aim of “linking with the global market” in order to boost the bourse’s competitive advantage.
Read more>>