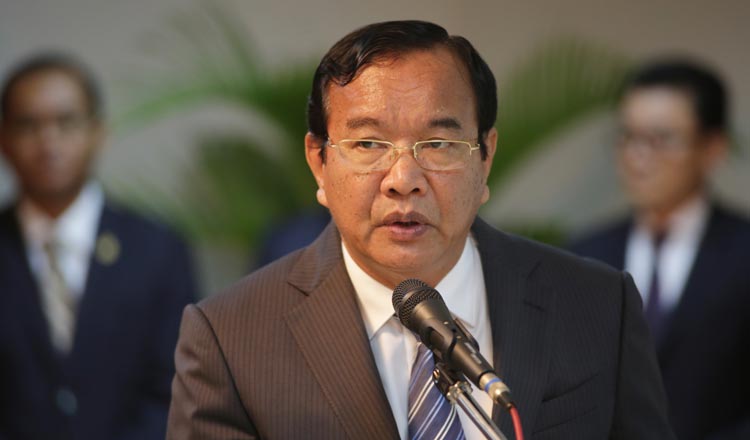 Cambodia, Vietnam aim for US$5 billion 2020 trade target
(22 July 2019) Cambodian foreign affairs minister Prak Sokhonn and Vietnamese foreign affairs vice minister Nguyen Quoc Dung expressed their confidence that both governments will be able to reach — and maybe even surpass — their pledged US$5 billion bilateral trade target by 2020 during a meeting held in Phnom Penh recently. According to the Cambodian Ministry of Foreign Affairs, the ministers’ statements were made based on the fact that Cambodia-Vietnam trade reached US$4.7 billion in 2018 and the upward trend can only continue with the Bilateral Trade Enhancement agreement in place for the 2019-2020 period (signed in February 2019). Both sides also agreed to accelerate negotiations on their Border Trade Agreement and to expand bilateral trade and investment as soon as possible.
Read more>>

Lao markets may increase agricultural imports from neighbours to meet growing demand
(19 July 2019) Vientiane’s markets selling fresh produce, such as the Aussie Lao market in the Sikhottabong district, currently import around 15% of their produce from Thailand and another 15% from Vietnam. However, local vendors may have to rely even more on imported produce in the near future as domestic growers continue to struggle to compete with imported produce, especially in terms of pricing. As such, domestic growers struggle to expand their operations and cope with rough weather. As such, many growers have opted for a change in trade or profession. Nevertheless, the Lao Ministry of Agriculture and Forestry says that local agricultural production is still growing, with local produce such as vegetables recording a 19% year-on-year increase in yield to 1.19 million tonnes, in the first half of 2019.
Read more>>

Myanmar to require more information from prospective investors
(22 July 2019) Myanmar’s Ministry of Investment and Foreign Economic Relations announced on July 22 a slew of changes to the government’s proposal and endorsement application forms for prospective investors. These changes, which will take effect on August 1, aim to furnish the relevant authorities with more information on applicants to allow them to better scrutinise their proposals. Among the information which will be required include a summary of the parent company’s services, how much it can invest in the company, their technological experiences, and so on. The move follows a local media’s recent expose which found several loopholes and shortcomings in the existing system. Nevertheless, experts urge the government to publish the revised proposal forms for public comment and ensure that these forms will be made available in a digital format so that they can be properly screened and searched.
Read more>>

Vietnam sees a US$1.6 billion trade surplus in H1 2019
(21 July 2019) Vietnam’s exports in the first half of 2019 saw a 7.2% year-on-year increase reaching US$122.53 billion, giving it a US$1.59 billion surplus during the period. According to data from the Vietnamese customs department, the surge in export value can be attributed to growth in the processing and manufacturing sectors, which saw a 9.1% increase in exports on the year reaching US$102.2 billion. Despite the positive growth, the Vietnamese Ministry of Industry and Trade noted that they had failed to deliver the targeted US$123.5 billion in total export value for the first six months, mainly due to the less than favourable global economy.
Read more>>

New industry minister plans northeastern special economic zones
(20 July 2019) Thailand’s newly-minted industry minister Suriya Jungrungreangkit shared his plans to establish a version of the Eastern Economic Corridor (EEC) in the country’s northeast to develop the region’s economy when he spoke to local media during his first day on the job. According to Suriya, he and Deputy Prime Minister Somkid Jatusripitak are currently discussing the matter, which will be presented to parliament on July 25 as part of the new administration’s economic policy platform. Additionally, he also intends to announce the Industry Ministry’s new strategy and plans within 100 days, which he says will include new measures for small and medium enterprises and human capital development.
Read more>>