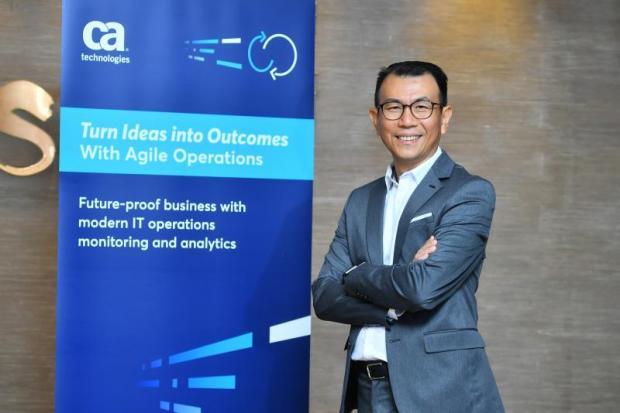 Thailand is the most digitally disrupted market in Asia Pacific
(29 August 2018) Thailand has been listed as the most digitally disrupted market in the Asia-Pacific, according to a study commissioned by US multinational IT firm, CA Technologies. The Asia-Pacific & Japan (APJ) Digital Transformation Impact and Readiness Study, found 95 per cent of businesses and IT leaders had felt the impact in the country, compared to 80 per cent average across the region. The study, conducted in late 2017, looked at 900 business and IT pioneers across nine Asia-Pacific markets. Out of the 900, 100 respondents were from Thailand. Some of the significant challenges for digital transformation in the region listed by the study are satisfying customer expectations, which may vary from time to time; fast-paced economic conditions and using digital transformation to beat traditional competitors.
Read more>>

Foreign insurance firms will be able to penetrate Myanmar market in 2018-2019
(29 August 2018) Myanmar’s Insurance Business Regulatory Board (IBRB) will permit international insurance companies to set its bases in the country in the new 2018-2019 financial year, which will start 1 October 2018. Foreign insurers will be able to provide life and general insurance policies in financial year 2018-19. IBRB, which is under the purview of the Ministry of Planning and Finance, has already called for proposals from international consultants to screen and review foreign insurance providers prior to granting these companies market access. According to Oxford Economics Group, Myanmar’s insurance is just 0.07 per cent of its GDP with Myanma Insurance having the dominant market share. The country’s central bank reported that the total gross written premiums (GWP) are approximately at US$22.23 million (K33.9 billion) in the first quarter of 2017.
Read more>>

Laos government partners with China Tower and a local firm to form Southeast Asia Tower company
(29 August 2018) Chinese state-owned China Tower signed an agreement with Laos government and local firm Click Lao Marketing and Consultancy to jointly set up Southeast Asia Tower company. The company will take part in the construction, maintenance and operation of communication towers, base stations, power supplies and other supporting facilities in Laos. Based on the agreement, China Tower will be the principal shareholder with a 70 per cent stake while the government and the consultancy firm will hold a 15 per cent stake each. It is China Tower’s first investment outside of China, and it will impart its capabilities in technology, operation management, and industrial chain integration. According to Xinhua, the four-year-old firm manages about 1.9 million base stations in China and it is regarded as the world’s largest provider of communications tower and infrastructure services.
Read more>>

Ho Chi Minh lays out plans to bolster its Provincial Competitiveness Index (PCI)
(29 August 2018) The Ho Chi Minh City People’s committee has announced plans to enhance its Provincial Competitiveness Index (PCI) and improve its business environment. PCI was developed in 2005 to measure Vietnam’s economic governance and promotes local socio-economic development in each of the country’s 63 provinces. The plans will include abolishing and simplifying 50 per cent of its business and investment conditions and apart from removing a number of conditional business lines, the city will scrap at least 50 per cent of goods subject to specialised inspection. Also, the city will reduce the proportion of imported goods subject to stringent checks at the customs from 25 to 27 per cent to less than 10 per cent.
Read more>>

Cambodia, Thailand set to reach an agreement on cross-border rail transportation
(30 August 2018) Cambodia and Thailand are close to striking an agreement on cross-border rail transportation that is expected to play a crucial role in facilitating trade and movement of people between the two countries. The western rail line, stretching 386 kilometres from Phnom Penh to Poipet city in the border of Thailand is also part of an extensive railway project connecting Singapore with Kunming in Southern China. The two governments are currently reviewing the draft of the agreement before the document is finalised, which is due to be signed before the end of 2018. Trade between Thailand and Cambodia was recorded at US$6 billion in 2017.
Read more>>