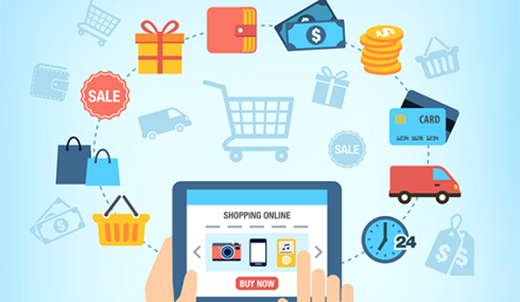 Vietnam to develop e-commerce infrastructure
(10 September 2018) Vietnam’s e-commerce sector is growing at a fast pace, but according to the Director of the Ministry of Industry and Trade’s E-commerce and Digital Economy Agency Dang Hoang Hai, lagging infrastructures such as logistics, payment and e-invoice have led to 40 per cent of consumers complaining about poor service. According to international market analyst Euromonitor, with an annual growth rate of 30 per cent in the next five years, the Vietnamese e-commerce market will reach US$10 billion by 2020. The industry has the potential to grow due to the country’s young population, rising incomes, and increasing internet and mobile adoption. However, the market is still in its early stage of development and e-commerce companies have to deal with poor logistics infrastructure, high cash-on-delivery rates and lack of customer trust. Thus, the authorities will work on improving Vietnam’s e-commerce payment system and also consolidate secure payment solutions. Vietnam’s Ministry of Industry and Trade is working with agencies to apply the e-commerce payment system Keypay, which has proper facilities and harmonises with the conditions of Vietnamese firms.
Read more>>

Thailand Future Fund IPO set for October
(11 September 2018) The Thailand Future Fund (TFF) will be allocated to the public in the second week of October 2018, with at least 60 per cent of its units being given to retail investors. Thailand’s Finance Minister Apisak Tantivorawong indicated that the fund which is meant for infrastructure would raise US$1.48 billion from the initial public offering (IPO) and retail investors will be offered units before institutional investors. The IPO will be used to fund the building of the expressway connecting Rama III Road-Dao Khanong and the Western Outer Ring Road worth US$932 million, and the third stage of the northern highway linking the Kasetsart intersection and Nawamin Road, worth US$441 million.
Read more>>

Thailand-Laos business matching conference would garner US$1.9 billion in trade
(9 September 2018) Thailand’s Ministry of Commerce reported that the recent Thai-Lao business matching conference would yield at least US$1.9 billion in two-way trade. The Commerce Minister Sontirat Sontijirawong noted about 90 Thailand and Laos business executives attended the 7th joint meeting between Thailand’s Ministry of Commerce and Lao PDR’s Ministry of Industry and Trade on September 5-6 in Vientiane, Laos. Some of the sectors involved in the trade partnerships are food and beverage, education, and infrastructure development. In the last decade, Laos’ annual GDP growth rates have been higher than 7 per cent, and growth in 2018 is estimated at 6.8 per cent.
Read more>>

Laos aims to half import and export procedures by 2019
(5 September 2018) Laos is looking to simplify bureaucratic and administrative procedures for companies to obtain import or export licence by 2019. Director General of the Department of Import and Export in Lao Ministry of Industry and Commerce Soulinhon Philavong said the department together with the Trade Facilitation Secretariat and other sectors would reduce the number of processes, the time taken to apply, costs involved and documents currently required to acquire import or export licence by at least 50 per cent to enhance Laos’ international competitive rankings and World Bank’s Ease of Doing Business(EODB) rankings, particularly the “Trading across Borders” indicator. In a recent annual rating published by the World Bank, Laos was ranked 141 among 190 countries in the EODB rankings.
Read more>>

Civil societies urge MRC to delay regional forum
(11 September 2018) Civil societies in Cambodia have urged the Mekong River Commission (MRC) to postpone a regional forum to discuss the building of the Pak Lay hydropower dam in Laos. In a joint statement produced by the organisations, MRC was called to address outstanding concerns and issues regarding the Xayaburi, Don Sahong and Pak Beng hydropower dams in Laos. Concerns were raised over the standards and safeguards capabilities of the projects in Laos and the accountability of investors and contractors that need to thoroughly vetted before any further plans continue in the lower Mekong basin. The recent collapse of the Xe Pian Xe Namnoy hydropower dam triggered concerns as it resulted in massive casualties and people losing their homes in Laos and Cambodia. MRC said that talks could be done during the forum, which will be held from September 20 to 21, 2018 in Vientiane, Laos. In August, MRC commissioned a roadmap for the consultation process on the proposed dam in Laos.
Read more>>