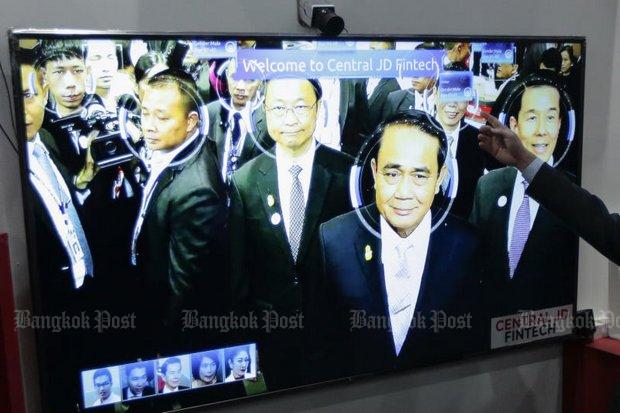 Thailand to play an important role in Southeast Asia’s digital development
(20 September 2018) Thailand Prime Minister Prayut Chan-o-cha stated that Thailand would be prioritising digital development to help bring down inequality in Southeast Asia. Thailand will take over the ASEAN chair on 2019 and Prayut wants to strengthen the bloc by driving digital development in the region. He referred to IMD World Digital Competitiveness Ranking 2018 study by stating that Thailand’s digital competitiveness has improved from 41st in 2017 to 39th in 2018 but would rather see Thailand moving forward with its counterparts. According to the rankings, Malaysia’s ranking fell from 24th to 27th place while the Philippines dropped from 46th to 56th, whereas Indonesia also fell from 59th to 62nd while Singapore, which was ranked first in 2017 dropped to 2nd in the 2018 rankings. Digital technology is a core part of the Thai government’s 20-year national strategy and strengthening the digital sector would only enhance Thailand’s economy, production, trade, services and education, said Prayut.
Read more>>

More than 60 projects approved by the Thai cabinet for Eastern Economic Corridor (EEC)
(19 September 2018) Thailand’s cabinet has accepted more than 60 projects in the lower north, and upper northeast of the country and those investment schemes are part of the Eastern Economic Corridor (EEC) project. A spokesperson from the Thai cabinet said these projects are categorised into six development areas, which includes a plan to link Thailand’s economic corridor with Luang Phrabang in Laos, Indo-China, and Mawlamyine in Myanmar. Also, there are development plans such as logistics development, tourism and management of water resources. Funding for these projects will be deliberated later, said the spokesperson.
Read more>>

Local retailers are not ready to face competition from foreign firms
(14 September 2018) Local retailers have grown weary over a move by Myanmar’s Ministry of Commerce to open up domestic retail and wholesale sector to foreign ownership. Local retailers believe that there should be restrictions placed on foreign companies that directly compete with local enterprises. According to Myanmar Retailers Association (MRA), the country has around 3 million small convenience stores, and some of the owners are not aware of the directive placed by MOC. Myanmar is currently grappling with the rising dollar-to-kyat exchange rate, and since MOC announced the liberalisation, The kyat has lost around 10 per cent of its value against the US dollar. The drop in kyat value impacts local manufacturers as it has had a profound impact on imported commodities and parts. MRA has urged the Myanmar government to assist vulnerable local retailers by providing financial assistance as they are not prepared to compete with foreign businesses.
Read more>>

American sanctions would only solidify Chinese influence in Cambodia, says AMCHAM Cambodia
(19 September 2018) Any sanctions against Cambodia by the United States administration would have “dire consequences” that could lead Cambodia to enhance trade and investment relations with China. According to the letter issued by the American Chamber of Commerce Cambodia to the U.S senators and representatives warns that sanctions or withdrawing from trade would only increase Chinese influence in the region and the U.S. cannot afford to lose its presence in Cambodia. The letter also cautioned any sanction on Cambodia’s garment industry would affect people at the bottom of the socioeconomic pyramid in the kingdom. On 25 July 2018, The US House of Representatives passed the “Cambodia Democracy Act of 2018”, which is a legislation that could impose sanctions against Cambodia.
Read more>>

Vietnamese Prime Minister issues an order to enhance management of imported scrap
(18 September 2018) Vietnam’s Prime Minister Nguyễn Xuân Phúc signed an order urging for measures to improve the management of imports of waste as production material. He summoned the Ministry of Natural and Resources and Environment to stop issuing new scrap import certifications or to prolong the validation of existing certificates. The ministry would only consider granting the permit when the importer can justify the ability to use scrap in goods production. According to a report compiled by the Vietnamese General Department of Customs, the country imported more than two million tonnes of steel scrap, worth US$744 million in the first five months of 2018. During that period, the volume of imported plastic scrap increased almost 200 per cent over the entire figure for 2017.
Read more>>