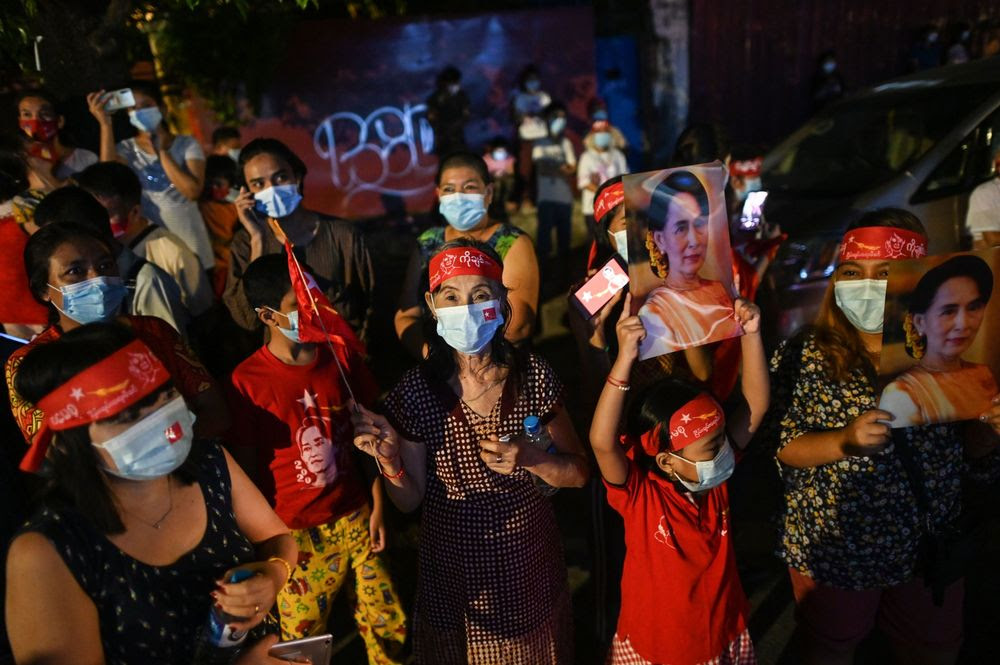 Aung San Suu Kyi’s National League for Democracy on course to win second term
(9 November 2020) Aung San Suu Kyi’s ruling National League for Democracy party is expected to win enough seats to retain power in the country’s second election since the end of military rule almost a decade ago. The elections were held on 8 November 2020. The ruling party stated they expected to win about 390 seats out of the available 476 civilian seats in the 664-member joint house. The Union Election Commission has so far only announced results for three parliamentary seats, all won by the ruling party. The ruling party has announced that their first priorities will be reviving the economy and minimising the impact of COVID-19, as well as prioritising ethnic relations and internal stability. Investors predicted that Myanmar will face strong headwinds in the short term due to COVID-19, although long-term prospects are expected to remain positive.
Read more>>

Thai economy reached lowest point in 2Q 2020, with 2020 contraction expected to be less than projected
(12 November 2020) Thailand’s economy is expected to contract by less than previously forecasted in 2020 after its economy reached its lowest point in the second quarter of 2020, said Danucha Pichayanan, head of the National Economic and Social Development Council on 11 November. This subsequent recovery was in part due to a recovery in resumption and agricultural goods prices, as well as revenue from exports (itself supported by foreign exchange policy). Third quarter growth data is expected to be released on 16 November 2020. The finance ministry had previously estimated that Thailand’s economy would contract by 7.7% in 2020, with a 12.2% contraction year-on-year in the second quarter, the sharpest fall in 22 years for Thailand.
Read more>>

Thai government requesting central bank to temper baht to keep exports competitive
(11 November 2020) The Thai government has requested the Bank of Thailand to temper a recent rally in the baht to keep its exports competitive, according to finance minister Arkhom Termpittayapaisith. The baht rallied 4.7% this quarter as foreign inflows into Thailand’s stocks and bonds resumed as the global economy began to recover. The Thai baht has rebounded almost 9% from this year’s low in April, and is reportedly close to wiping out its entire losses for the year. With the international border closed to most visitors, the Thai government is depending on exports to minimise the economic impact of the COVID-19 pandemic. Arkhom stated that fiscal and monetary policies should be in sync to support economic recovery.
Read more>>

All state-organised events in Phnom Penh and Kandal province cancelled for two weeks
(11 November 2020) The Cambodian government has cancelled all state-organised events in Phnom Penh and neighbouring Kandal province to prevent the spread of COVID-19 after a number of people connected to Hungarian Foreign Minister Peter Szijjarto’s brief visit to Cambodia on 3 November tested positive. Szijjarto tested positive on the same day in neighbouring Thailand and returned home on 4 November 2020 after cancelling all his meetings in Thailand. The Cambodian Prime Minister and other Cabinet ministers were forced into quarantine after coming into contact with Szijjarto. Four people connected to the visit were tested positive for COVID-19, including the Hungarian ambassador to Cambodia, a Cambodian bodyguard for the visiting minister, a ruling party lawmaker and a senior Agriculture Ministry official.
Read more>>

Exports in the first nine months of 2020 up 20.1% from the same period in 2019
(10 November 2020) Cambodian exports in the first nine months of 2020 totalled US$14.1 billion, up 20.1% from the same period in 2019. The top export items for Cambodia during this period included milled rice, bicycles, electrical appliances and agricultural products such as legumes, cashew nuts and yellow bananas. During the January-September 2020 period, milled rice exports amounted to US$328 million, representing 24% of the total. Cambodia’s rice exports is expected to remain on a strong growth trajectory until the end of 2020. Cambodia’s bicycle exports, on the other hand, totalled US$379 million during the same period, up 28.9% from the same period in 2019. Cambodian export growth was driven by the US and European markets, while exports to Japan fell by nearly 6%.
Read more>>