Home / News & Views / In The News / Mekong Monitor: Cambodia to import 200MW of electricity from Laos

Mekong Monitor: Cambodia to import 200MW of electricity from Laos 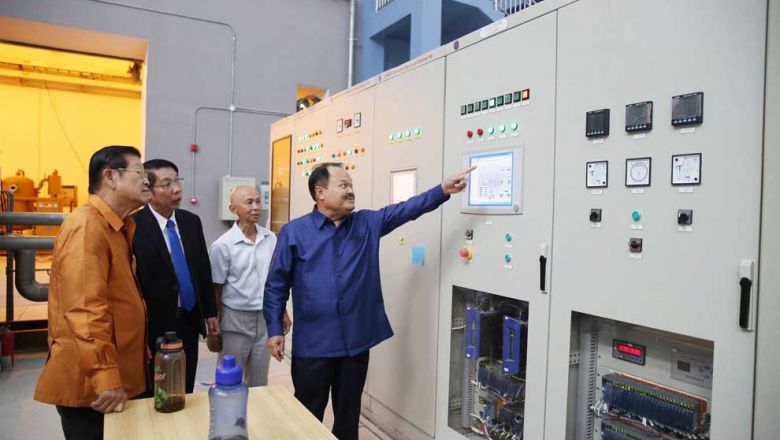 Cambodia to import 200MW of electricity from Laos
(13 November 2019) Cambodia will import another 200 MW of electricity from Laos’ Champasak-based Don Sahong hydropower plant in early 2020 in preparation for anticipated power shortages during the next dry season. According to the Cambodian energy ministry, work on the transmission line that will link the country’s electricity grid to the Lao generator is almost done, with completion scheduled for December. Cambodia utilised 2,650 MW of electricity last year, up 15% from the year before. Of the total, 442 MW was bought from Thailand, Vietnam and Laos, while the rest was generated locally.
Read more>>

New Thailand-Cambodian checkpoint to open soon
(18 November 2019) A new border checkpoint in western Cambodia’s Pursat province and eastern Thailand’s Trat province is slated to officially open in the coming few months. According to local media, if the new checkpoint is upgraded to “official” status then it will be developed as a special economic zone. This comes as the two countries look to raise bilateral cross-border trade to US$15 billion in 2020. According to Pursat province governor Mao Thonin, they hope that Trat province officials will expedite the process of launching the upgraded checkpoint soon and increase its operating days from the current three days to five days a week.
Read more>>

Vietnam’s Nghe An province looks to bolster ties with Laos
(16 November 2019) Laos remains amongst the top ten trade partners of Vietnam’s central Nghe An province, with trade between both parties totalling US$23.27 million in 2018. Furthermore, around 90 Nghe An enterprises have invested more than US$200 million in Lao projects, according to the province’s deputy trade head Vo Thi An. However, she urged both sides to keep reinforcing their trade and investment links, such as through the proposed development of an expressway linking Hanoi with Vientiane via Nghe An’s Thanh Thuy border gate.
Read more>>

Gulf Energy to develop new LNG projects in Thailand, Vietnam
(19 November 2019) Thailand’s Gulf Energy and PTT Tank Terminal have entered into a joint venture to develop the third phase of the US$1.83 billion Map Ta Phut seaport through a public-private partnership. Separately, Gulf Energy also inked an agreement with the Vietnamese government earlier this month to develop a 6,000 MW gas-fired power facility and liquefied natural gas (LNG) terminal in Ninh Thuan province. The company also recently received the green light for US$1.36 billion in loans to develop a gas-fired power plant in Rayong in Thailand.
Read more>>

Vietnam lowers requirements for the establishment of new international carriers
(18 November 2019) Vietnam has raised the foreign ownership cap for new international airlines and lowered the minimum capital requirement in a decree that will take effect on 1 January 2020. Under the decree, new international carriers with 10 aircraft or less looking to set up shop in Vietnam need only inject US$13 million in capital, while carriers with 11 to 30 aircraft need only have US$25.9 million, and carriers with over 30 aircraft need only inject US$30.3 million. Meanwhile, the foreign ownership limit on domestic airlines has been raised from 30% to 34%, provided that at least one Vietnamese individual or company holds a majority stake.
Read more>>