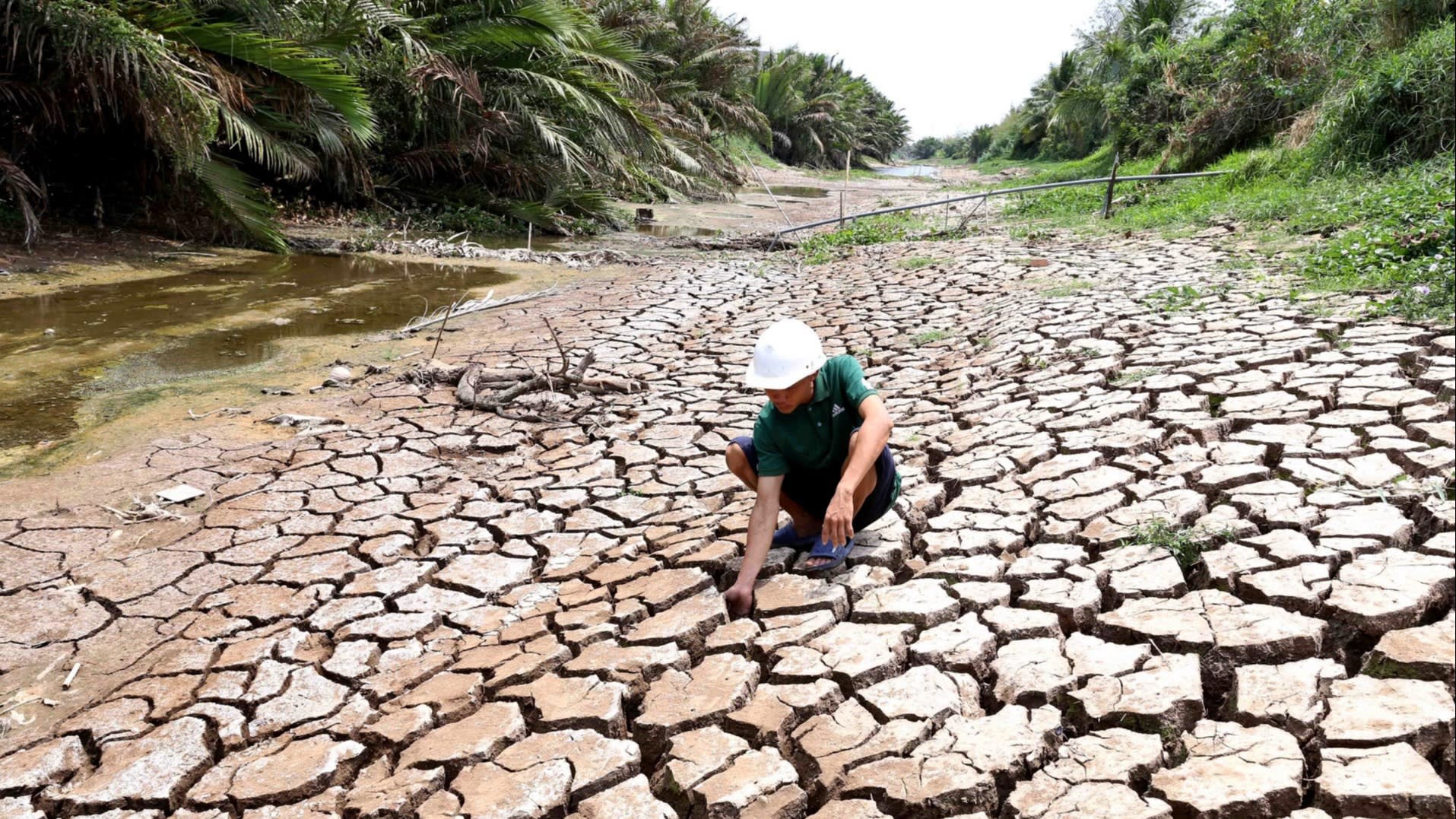 International rice prices rise as droughts affect rice production in Thailand and Vietnam
(31 March 2020) International rice prices have surged as droughts affect production in key exporters, Thailand and Vietnam. The benchmark export price of Thai-produced rice reached US$550 a tonne in March 2020, its highest since August 2013 while the price of Vietnamese rice topped US$400 a tonne, a level not seen since December 2018. A Thai trade group sees the country’s exports falling to 7.5 million tonnes in 2020 from 11.1 million tonnes in 2018. No significant increase in Vietnamese rice exports is expected from the 6.6 million tonnes exported in 2018. This fall in production has been attributed to water shortages, with the upstream areas of Thailand and Vietnam’s main growing areas (the Chao Phraya River and the Mekong River, respectively) experiencing 30% less rainfall from normal levels since August 2019. It has been predicted that if the drought continues until June, the February-July rice harvest in Thailand will be halved.
Read more>>

Thai economy expected to contract by -4.3% in 2020, worse since 1998 Asian Financial Crisis
(1 April 2020) ING has cut its forecast for Thailand’s GDP growth in 2020 from -0.8% to -4.3%, the country’s worst showing since the 1998 Asian Financial Crisis. In its article, the bank pointed to the recently released manufacturing Purchasing Manager Index (PMI) score of 46.7 in March; described as an “all time low”. The PMI score was also the third consecutive month it stayed below 50, implying contraction. Thailand’s Business Sentiment Index (BSI) score of 42.6 in March was also its lowest since November 2011. The low BSI score was attributed to Thailand’s greater reliance on trade and tourism, both of which have been negatively impacted by the COVID-19 pandemic. In addition, Thailand’s central bank is predicted to slash its current interest rate of 0.75% further by 50bp in the current quarter.
Read more>>

Myanmar garment factories close due to cancelled orders from Europe
(1 April 2020) Garment factories in Myanmar have either stopped operations or reduced their workforce as customers in the European Union (EU) cancelled their orders amidst the COVID-19 pandemic. The EU market accounts for 70% of Myanmar’s garment exports. The cancellation of orders comes as supply disruptions of raw materials from China are being resolved, and the supply of raw materials starting to flow back. Even before the cancellation of orders, at least 20 of the 500 factories in Myanmar had shut down due to the pandemic, leaving some 10,000 workers unemployed. Since January 2020, 38 cut-make-pack factories had shut down, 22 of which had been garment factories. The US market has also started to cancel orders but there has been no cancellation of orders from Japanese or Korean companies yet.
Read more>>

Vietnam’s economy expected to grow by 4.9% in 2020
(31 March 2020) The World Bank has projected Vietnam’s growth in 2020 to be around 4.9%, about 1.6% lower than previous projections. Despite favourable prospects for the Vietnamese economy in the medium term, the bank predicts that the COVID-19 pandemic will adversely impact the country’s tourism and manufacturing sectors; both of which are highly dependent on the global economy. For the first quarter of this year, the Vietnamese economy is estimated to gain a GDP growth of 3.8%, its lowest within the 2011-2020 period. Vietnam recorded a growth of 7.0% in 2019, and had set a target of 6.8% for 2020.
Read more>>

Ba Ria-Vũng Tàu Province to speed up procedures to allow investment into province
(1 April 2020) Authorities in the province of Ba Ria-Vũng Tàu have been requested by the province’s People’s Committee to speed up procedures so that investors can be sought for important projects. Among the procedures asked to be expedited include land clearance compensation for important projects as well as creating the necessary documentation to guide the overall bidding process. The Department of Planning and Investment is also expected to report on how the investment for the Lâm Viên Núi Dinh Tourism Area will be carried out. The Department for Natural Resources and Environment has also been asked to submit the necessary documents to the People’s Committee so that it can start issuing land acquisition decisions. The province has 23 important projects that require investors.
Read more>>