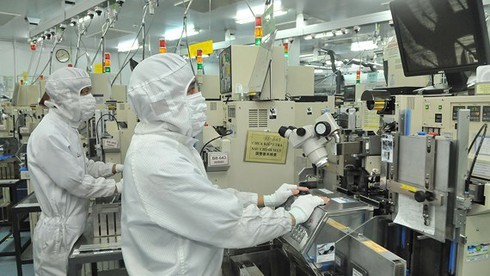 Japan helps companies shift factories to Vietnam
(21 July 2020) Fifteen out of more than 80 Japanese enterprises have received support from the government to move factories to Vietnam, according to the Japan External Trade Organisation (JETRO). The initiative was implemented to improve the gap in the Japanese supply chain since the supply chain disruptions caused by the COVID-19 pandemic. An international business news outlet reported that the Japanese government would start paying some companies to move factories out of China back to their home country or to Southeast Asia to improve supply chains and reduce dependence on manufacturing in China. According to a regional news outlet, the Japanese government would pay a total of US$653 million (70 billion Japanese yen) for 87 companies or groups to move production lines. Thirty of these will receive money for investments in Southeast Asia including Vietnam, Myanmar, Thailand and others, while the remaining 57 projects will move to Japan.
Read more>>

Prayut Chan-o-cha finalises new cabinet line-up
(22 July 2020) Prime Minister Prayut Chan-o-cha said he has completed his new cabinet line-up and all that remains is for the qualifications of the new ministers to be checked. Speaking after the cabinet meeting on 22 July, the PM said that following the resignations of six ministers he would announce the cabinet line-up as soon as possible. The energy portfolio, which has garnered attention, is expected to be given to someone outside of the ruling Palang Pracharath Party (PPRP). The reshuffle comes after the resignations of Deputy Prime Minister Somkid Jatusripitak, Finance Minister Uttama Savanayana, Energy Minister Sontirat Sontijirawong and Higher Education, Science and Innovations Minister Suvit Maesincee last week. This was followed by the resignations of Chart Pattana Party’s Tewan Liptapanlop from the position of PM’s office minister, and Chatu Mongol Sonakul from the position of labour minister.
Read more>>

Cabinet approves three projects worth US$126 million to resuscitate economy
(21 July 2020) The Thai cabinet approved three projects worth around US$126 million (Bt4 billion) under the US$12.6 billion (Bt400 billion) budget earmarked to revive its battered economy. The first project, an Interior Ministry project for volunteers to take care of the elderly, was approved with a budget of more than US$31.6 million (Bt1 billion). The year-long project will begin in July and create 15,548 jobs. The second project is the Interior Ministry’s so-called integrated sub-district development worth US$85.3 million (Bt2.7 billion), which aims to generate 14,510 jobs nationwide. The project will commence from August to September 2021. The third project is the Department of National Park, Wildlife and Plant Conservation’s plan to build firebreaks at a cost of US$7.7 million (Bt246 million). The project will run from July to May 2021 and create 9,137 jobs.
Read more>>

Cambodia’s rubber export increased 18% in first half of 2020
(20 July 2020) Cambodia exported 123,151 tonnes of dry rubber in the first half of 2020, up 18% compared to the same period in 2019, according to a General Directorate of Rubber report released on 20 July. The country made a gross revenue of US$160.7 million from exports of the commodity during the January-June period in 2020, up 15% over the same period last year. The report noted that a tonne of dry rubber had an average cost of US$1,305 in the first semester of 2020, around 33 dollars lower than that of the first semester of 2019. Cambodia exports the commodity to mainly Malaysia, Vietnam, Singapore and China. The country has so far planted rubber trees on a total area of 404,701 hectares, and the trees in 62% of the total area have grown big enough to be tapped.
Read more>>

Domestic investments in 10 months exceed US$1 billion
(21 July 2020) Domestic investment in Myanmar totalled US$1.01 billion (K1.4 trillion) in the current fiscal year 2019/2020, an increase of over US$144 million (K200 billion) compared to the corresponding period in the previous fiscal year, according to data released by the Directorate of Investment and Company Administration (DICA). Between 1 October 2019 and 10 July 2020 in the current fiscal year, 104 local enterprises were allowed to invest in the country by the Myanmar Investment Commission, and the state and region investment committees. Domestic investors poured US$910 million (K1.3 trillion) into 138 projects in the corresponding period of the 2018/2019 fiscal year. During the ten months, the manufacturing sector brought in the largest domestic investments, followed by real estate development and other services sectors.
Read more>>