Home / News & Views / In The News / Mekong Monitor: Lao government has approved around US$37 billion worth of investments between 1989-2019

Mekong Monitor: Lao government has approved around US$37 billion worth of investments between 1989-2019 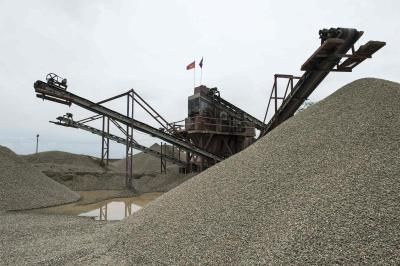 Thai companies struggle to raise funds in debt market as bond yields soar
(12 May 2020) Several Thai companies have struggled to raise funds in the Thai corporate bond market as yields on riskier local-currency debt have jumped near the highest in a decade. According to data from the Thai Bond Market Association and Securities & Exchange Commission, at least seven lower-rated Thai borrowers failed to raise as much in baht notes as they’d wanted recently. It is believed that government steps to reopen the economy will be crucial to investor sentiment, while the central bank has set up a bond-buying programme to support companies’ refinancing efforts and have cut its policy rate to a record low of 0.75%. However, one analyst warned that until the COVID-19 pandemic finally dies down, most investors will remain cautious about dealing with corporate bonds.
Read more>>

Cambodia to resume white rice exports
(21 April 2020) Vietnam’s deputy prime minister Trinh Dinh Dung on 20 April ordered the advancing of the export (13 May 2020) The Cambodian government announced that white rice exports would be allowed to resume from 20 May 2020 onwards. White rice exports had been previously banned for over a month to ensure local food security amidst the COVID-19 pandemic. The resumption was made at the request of the Cambodia Rice Federation and after the kingdom has detected no new COVID-19 cases for a month. The country exported a total of 300,252 tonnes of milled rice in the first four months of 2020, a 40.5% increase over the same period last year. On another note, the government has also encouraged factories in the garment industry to start making face masks, medical supplies, and personal protective equipment for local demand and export.
Read more>>