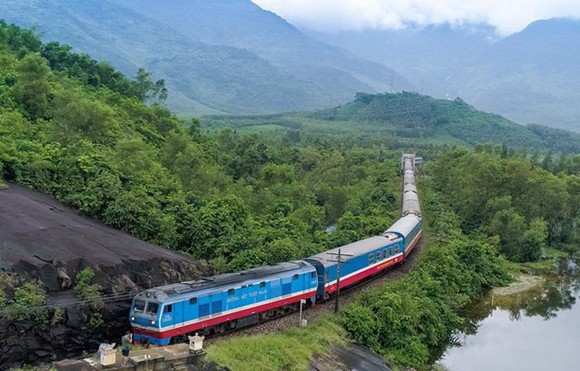 Laos to conduct feasibility study on Laos-Vietnam railway line
(18 October 2019) Laos’ Ministry of Planning and Investment inked a memorandum of understanding with the Petroleum Trading Lao Public Company last week to conduct a feasibility study on the proposed Laos-Vietnam railway. The 240-270 kilometre rail link would start from Laos’ Khammuan province, run through their shared border, and end in Vietnam’s Ha Tinh province where it will connect with the Vung Ang seaport. The survey and design of the project are expected to take up to 12 months, and if approved, construction is expected to start at the end of 2021 and be completed by 2024.
Read more>>

Cambodian PM pushes for expressway link with Vietnam
(16 October 2019) Cambodian Prime Minister Hun Sen called on public and private stakeholders from Cambodia and Vietnam to help improve infrastructure connectivity between the countries, especially through the proposed Phnom Penh-Bavet expressway project. According to one media report, the feasibility study on the 160-kilometre expressway — which put the projected cost at US$3.8 billion — was completed in late 2018, but construction has yet to begin. Ultimately, the expressway is expected to be linked to another expressway from Vietnam that stretches from Moc Bai to Ho Chi Minh City. Bilateral trade between both countries reached US$4.7 billion in 2018, a 24% increase y-o-y from 2017.
Read more>>

Thailand’s PTT to open first petrol station in Myanmar in 2020
(20 October 2019) Thailand’s PTT Oil and Retail Business (PTTOR) announced recently that it will open the first PTT petrol station in Myanmar by the second quarter of 2020. According to a senior PTTOR executive, the Myanmar government has approved plans put forth by its joint venture with Myanmar’s KBZ Group to construct a liquefied petroleum gas (LPG) and oil reserve facility. When completed, the facility will be the country’s largest oil and gas reserve and refinery, able to store up to one million barrels of oil and 4,500 tonnes of LPG.
Read more>>

Thai Airways mulls transfer of CLMV routes to subsidiary
(21 October 2019) Thai Airways chief Sumeth Damrongchaitham shared in a recent interview that the airline was thinking of canceling six of its existing flight routes to Cambodia, Laos, Vietnam and Myanmar — and transferring these routes to its wholly-owned subsidiary Thai Smile Airways in order to streamline costs. According to him, these routes presently operate out of Bangkok’s Suvarnabhumi Airport, but with low passenger capacity and limited flights. Cambodia saw an 11.2% year-on-year rise in Thai tourists in the first eight months of 2019 totaling 234,451.
Read more>>