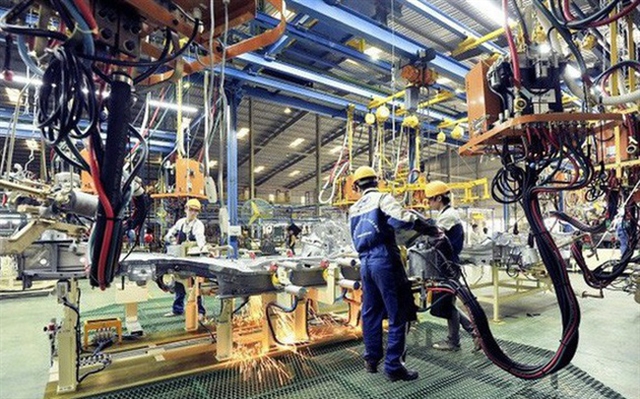 Manufacturing sector continues recovery in October
(3 November 2020) Vietnam’s manufacturing purchasing managers’ index (PMI) posted 51.8 in October 2020, showcasing continued recovery of the Vietnamese manufacturing sector at the start of the fourth quarter of 2020. According to a survey released by IHS Markit and Nikkei on 2 November, although the PMI was down marginally from 52.2 in September, it still signalled an improvement in the health of the manufacturing sector. With the COVID-19 pandemic remaining under control in the country, firms recorded solid improvements in new orders and output and employment returned to growth following an eight-month series of job cuts. According to the General Statistics Office, Vietnam’s industrial production rose by 5.4% year-on-year in October, after a 3.8% gain in September. This was the strongest increase in industrial output since June, amid intensive public health measures to contain the spread of the COVID-19 outbreak in the country.
Read more>>

Thailand now top corn export market for Myanmar
(2 November 2020) Thailand is now the top export destination for corn produced in Myanmar, with more than half of the country’s corn harvest exported there, said Myanmar Trade Promotion Organisation deputy director-general U Myo Thu. Corn, which is used as industrial or animal feed is in high demand in the kingdom. Corn exports to China, which was suspended in 2018, is being rerouted to Thailand, which bought more than 1 million tonnes of corn in fiscal year 2019/2020, a significant increase from the 700,000 tonnes of corn it purchased in previous years. Prior to the suspension, China used to purchase 2 million tonnes of corn from Myanmar. Other ASEAN countries have since absorbed the excess supply.
Read more>>

Laos’ economic recovery to be driven by hydropower and infrastructure
(29 October 2020) Mega hydropower and mining projects are set to be implemented to drive Laos’ economic recovery in 2021 post-pandemic, Prime Minister Thongloun Sisoulith told the National Assembly on 27 October. Large investment projects to be implemented along the nearly-finished Laos-China railway and Vientiane-Vangvieng expressway, and the development of industrial parks and dry ports are expected to be important drivers. The railway links Vientiane with the Chinese border and is scheduled for completion by the end of 2021. Meanwhile, the Vientiane-Vangvieng expressway is expected to open for public use in December 2020. Severe impacts from the COVID-19 pandemic have exacerbated the already fragile Lao economy, which has suffered an accumulated debt burden after years of budget deficits. The PM said the government will push for implementation of the aforesaid mega projects which also include coal-fired power projects, solar power and wind power projects.
Read more>>

Myanmar achieves 98% of FDI target despite COVID-19
(27 October 2020) Myanmar has secured 98% of its foreign direct investment target for 2020 and the result should be considered a success given the economic disruptions caused by COVID-19, said State Counselor Aung San Suu Kyi in a televised speech on 26 October. Under its Myanmar Investment Promotion Plan (MIPP), the government set a target to attract US$5.8 billion (7.46 trillion kyats) in the fiscal year 2019/2020, which ended on 30 September 2020. It received nearly US$5.7 billion, which is around US$110 million short of its target. However, the amount represents an increase of more than US$1 billion compared to the same period last year, according to the Ministry of Investment and Foreign Economic Relations (MIFER). This translates into an average of US$500 million per month in FDI during fiscal year 2019/2020, despite the epidemic, which first hit the country in March.
Read more>>

Prayut allows charter change, ending the senate’s power to vote for prime minister
(28 October 2020) Thai Prime Minister Prayut Chan-o-cha gave the green light to amend the constitution on 28 October, as the parliament’s two-day special debate on the political crisis concluded. Prayut said he agreed with many of the points made by MPs about the crisis, but said the main thing was to support the charter amendment. However, parliament is still bound to the current constitution, since it would remain in effect until a new constitution is established, he said. Charter amendment is one of three core demands being made by anti-establishment protesters. The protesters have also demanded the resignation of Prayut and his government, and reforms to curb the power of the monarchy. Prayut has insisted he will not resign but said he had no objection to “switching off” the unelected senate’s power to vote for a prime minister.
Read more>>