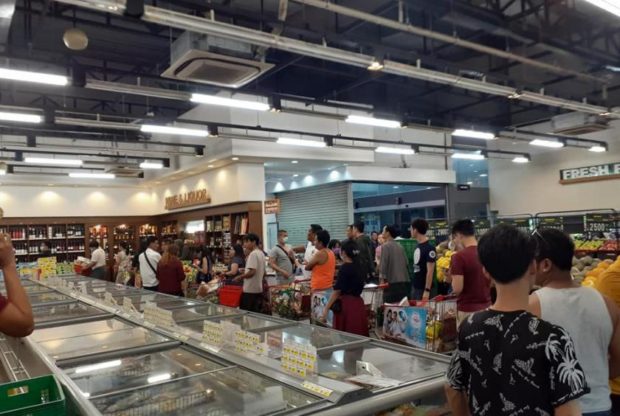 PM declares state of emergency amid COVID-19 outbreak
(24 March 2020) Thai Prime Minister Prayut Chan-ocha announced in a televised address that an emergency decree, together with a series of new restrictive measures, will come into effect on 26 March. Under the decree, the Prime Minister will be granted sole authority in implementing policies created to combat the pandemic through the Centre for Resolution of Emergency Situation. The centre is expected to meet on a daily basis to monitor the situation and take the necessary actions. Specific measures involving the public will be announced at a later date, however, the emergency decree empowers authorities to impose curfews, travel bans, and closure of buildings without warrants. The emergency situation will be in place from 26 March until 30 April.
Read more>>

Fresh fruit, fisheries exports to US, EU hit by pandemic
(25 March 2020) Vietnamese exporters of agro-forestry and fisheries are feeling the impact as export markets after China such as the US and Europe are being hit by the COVID-19 outbreak. A company that exports fresh fruits to major markets, said that fruit exports by air to the US and EU declined 70%-80% since many airlines had stopped flights. He expects vegetable and fruit exports to these markets to drop sharply at least in the next month. According to insiders, agricultural exports in the first two months of 2020 were estimated at US$5.34 billion, down 2.8% year-on-year. Main seafood exports are similarly affected by COVID-19. In the first two months of 2020, seafood exports were worth nearly US$935 million, a decline of 15.9% from the same period in 2019. Exports to China decreased by 46.8% to US$80 million, and to the EU by 17.4% to US$106 million and to South Korea by 16.0% to US$90 million. According to the Vietnam Association of Seafood Exporters and Producers, shrimp exporters expect the China market to recover in April and will focus on shipping by sea.
Read more>>

Trade between Cambodia and Vietnam continues, despite COVID-19
(24 March 2020) Trade between Cambodia and Vietnam is expected to continue as normal even though new border control measures have been implemented to curb the spread of COVID-19. According to a Vietnamese embassy official in Cambodia, it is business as usual in terms of trade between the two countries despite Vietnam restricting the movement of people across the border. Nevertheless, the official said a drop in trade volume is expected due to the pandemic affecting economic activity at the global level. Cambodia and Vietnam have pledged to achieve US$5 billion in trade a year by the end of 2020. Data from the Vietnam embassy showed that trade in 2019 reached US$4.7 billion, an increase of 23.8% from 2017.
Read more>>

Thai-Lao friendship bridge in Nakhon Phanom to close from 22 March
(22 March 2020) The 3rd Thai-Lao Friendship Bridge across the Mekong river linking the northeastern Thai province Nakhon Phanom with Khammouane province in Laos will be closed effective 10:00pm on 22 March as a precaution against COVID-19. The bridge closure, made under an issue ordered by governor Sayam Sirimongkol, is expected to be in effect for an indefinite period. With the order, individuals of all nationalities will not be allowed to travel across the border. Exception is given to vehicles transporting cargo but the drivers and crew will be subject to strict health screening. Temporary border checkpoints in four border districts of the provinces will also be closed under the same order. According to Somkiat Somjai, the Nakhon Phanom immigration police chief, Lao migrant workers returning to their home country from Bangkok will not be able to cross the border, but a solution to the problem will be worked out in due time.
Read more>>