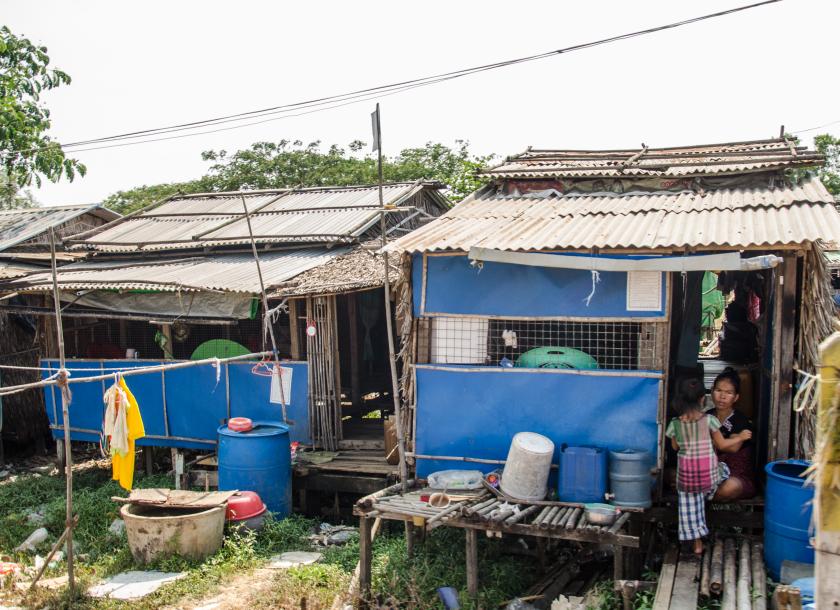 Myanmar to distribute stimulus payments to 5.4 million households
(22 June 2020) Myanmar’s government plans to give stimulus money to 5.4 million households to counter the economic fallout caused by the COVID-19 pandemic. According to a spokesperson from the President’s office, permission from other government agencies will be sought to enable the distribution of US$14 (20,000 kyat) to each household. The pandemic has caused tens of thousands of workers to lose their jobs when factories closed due to raw materials disruption and cancellation of orders. Hundreds of thousands of local farmers were also affected when they were not able to export their produce due to border closures. In an earlier announcement, the government said it would enlist the help of digital payment service providers to deliver the stimulus payments in hard-to-reach areas.
Read more>>

Agricultural exports increased by US$466 million as of 12 June
(24 June 2020) Myanmar’s exports of agricultural products between 1 October and 12 June in the current fiscal year 2019/2020 increased to over US$2.9 billion from $2.4 billion in the corresponding period of the 2018/2019 fiscal year, according to trade figures released by the Ministry of Commerce. Over the past eight months, the export figures marked an increase of $466 million year-on-year. In the exports sector, agriculture was the top performing sector along with the natural gas sector. The main items of export in the agricultural sector were rice and broken rice, pulses, corn, and rubber. Myanmar’s agricultural products are primarily exported to China, Singapore, Malaysia, the Philippines, Bangladesh, India, Indonesia, and Sri Lanka. The export market, however, remains uncertain due to unsteady global demand.
Read more>>

Eastern Economic Corridor to push for more foreign businesspersons to be allowed into the country
(23 June 2020) The Eastern Economic Corridor (EEC) Office of Thailand will propose that the Centre for COVID-19 Situation Administration (CCSA) consider allowing groups of foreign business operators to visit EEC provinces. According to EEC Office secretary-general Kanit Sangsubhan, the office will propose that the visitors undergo COVID-19 tests in their respective countries, and again upon arrival in Thailand. They will also be required to purchase medical insurance covering COVID-19 treatment and undergo a 14-day quarantine at “alternative” places in the EEC. The EEC Policy Committee also met on 22 June to discuss the possible relaxation of lockdown measures to allow businesspersons related to EEC investment to enter the zone.
Read more>>

Businesses strive to reduce inventory after COVID-19 pandemic
(22 June 2020) More than half (57.7%) of enterprises in Vietnam that were affected by the COVID-19 outbreak said their consumption market had sharply decreased, according to a recent survey by the General Statistics Office (GSO). The shrinking consumer market is, therefore, the top concern of most businesses at the moment. Although purchasing power has improved, it is still at a modest level and this results in the large inventory of many businesses. To address purchasing power, large inventory, and domestic consumption, Ho Chi Minh City has launched promotional activities such as the combination of traditional shopping channels with e-commerce and connecting businesses in the city with other provinces in September. The latter aims to form supply chains from production to consumption and delivery, bringing the city’s goods into distribution systems of other provinces and vice versa.
Read more>>