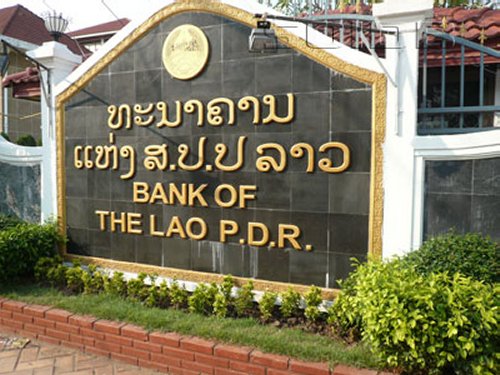 Thai banks to recapitalise Lao branches to meet new Lao capital requirements
(11 November 2019) Thailand’s Kasikornbank, Bangkok Bank and Siam Commercial Bank said this week that they will inject more funds into their branches in Laos in order to meet the Lao central bank’s amended capital regulations to meet minimum requirements. Under these regulations, foreign commercial banks are now required to have a minimum of US$5.8 million in registered capital, up from the previous US$3.4 million minimum. Foreign banks are permitted to increase their capital either on a one-time basis or in phases over the course of five years.
Read more>>

Thai bank launches blockchain funds transfer service for Thai and Lao businesses
(11 November 2019) Thailand’s fifth largest bank, the Bank of Ayudhya, which also goes by the brand name Krungsri, announced this week the introduction of what it says is the first real-time international funds transfer service between Thailand and Laos powered by blockchain technology. The funds transfer service will allow transactions in both US dollars and Thai baht. According to the bank, the Krungsri Blockchain Interledger will allow businesses from both countries to make cross-border fund transfers within seconds, up from the prior processing time of one to three business days.
Read more>>

Myanmar to release new foreign bank licenses effective January 2021
(7 November 2019) The Central Bank of Myanmar announced recently that it will soon begin accepting Expressions of Interest (EOI) from foreign banks that wish to conduct a range of wholesale banking services with branch licenses or conduct both wholesale and onshore retail banking services with a subsidiary license. A branch license would require a minimum paid-in capital of US$75 million, while a subsidiary license would require US$100 million. The central bank also said that it may start approving foreign ownership in domestic banks above 35% starting in January 2020 on a case-by-case basis.
Read more>>