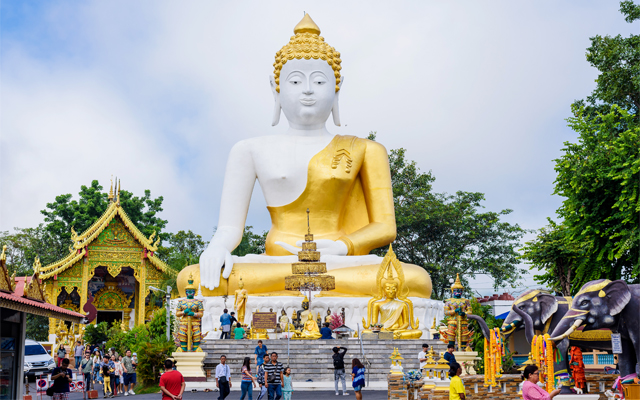 Thai government suspends domestic travel subsidy programme due to corruption probe
(16 December 2020) Thailand’s government has briefly suspended the “We Travel Together” domestic travel subsidy programme in order to investigate allegations of irregularities and bribery. The online programme offers up to 40% subsidies for hotel room rentals and air tickets, and may be reinstated either next week or in 2021. The programme had helped boost hotel occupancy rates to 34% in October 2020, up from a single digit in April 2020. The plan to offer an additional 1 million rooms at subsidised rates has been delayed, according to the Tourism Authority of Thailand, while earlier domestic tourists had been offered 5 million rooms. The Thai Hotels Association has appealed to the government to reinstate the programme, claiming that hotels have come to heavily depend on it.
Read more>>

Central bank refutes allegations by US Treasury Department of currency manipulation
(17 December 2020) The State Bank of Vietnam has refuted allegations by the US Treasury Department of being a currency manipulator in order to achieve unfair advantages in international trade. Vietnam’s central bank stated that their exchange rate management is “within its general framework of monetary policy,” and is aimed at controlling inflation and stabilising their macro-economy. The central bank argued that Vietnam’s trade surplus with the US and its current account surplus are the result of a range of factors, and that the central bank’s recent purchase of foreign currencies is aimed at macroeconomic stability and strengthening foreign exchange reserves. The central bank stated that it will coordinate with government ministries and agencies to respond to US concerns.
Read more>>

Vietnam and the UK conclude free trade agreement that will remove 99% of tariffs within seven years
(11 December 2020) Vietnam and the UK concluded a free trade agreement that will see 99% of tariffs between both countries eliminated within seven years. Vietnam will see US$151 million in tariff savings on its exports by the time the deal is implemented, while the UK stands to save some US$48.7 million on its exports. Both parties had been negotiating the agreement since August 2018, and it was concluded before the UK leaves the EU’s common market on 31 December 2020 (meaning that Vietnam’s trade deal with the EU will no longer apply to the UK). The UK is Vietnam’s third-largest trading partner in Europe, with the country sending US$6.2 billion worth of goods to the UK in 2019. Concurrently, the UK sent some US$811.6 million worth of goods to Vietnam. Bilateral trade was down 15% in the first ten months of 2020 amid the COVID-19 pandemic.
Read more>>

Myanmar National Airlines resume domestic flights starting 16 December 2020
(15 December 2020) Myanmar’s state-owned airline Myanmar National Airlines will resume domestic flights starting 16 December 2020 after having suspended them due to the COVID-19 pandemic. In early September 2020, the government had instructed the airline to suspend domestic flights, but will now resume flights to spur economic activity. International flights will continue to be banned (with the exception of emergency flights). Flights between major destinations such as Yangon and Naypyitaw can currently be booked. According to Yangon International Airport, a negative test certificate for the virus must be obtained in order to board a plane. The government plans to restart international flights as soon as possible.
Read more>>

ADB approves US$171 million loan to Myanmar for electricity infrastructure construction
(16 December 2020) The Asian Development Bank (ADB) approved a US$171 million loan to Myanmar for the construction of electricity infrastructure. The fund will be used to build 44 medium voltage substations and 1,006 kilometres of distribution lines across Kayin state, the Ayeyarwady, east Bago and Magway regions. This will reportedly provide electricity to around 40,000 households. Myanmar also intends to set up its first computerised system for electricity distribution to optimise power distribution through real-time monitoring and network fault management. The ADB had provided over US$500 million in loans to help Myanmar’s energy sector, the government’s energy policy reforms, and infrastructure development. The Myanmar government adopted the National Electrification Plan (NEP) in 2014, which aims to make electricity available in all regions in Myanmar by 2030.
Read more>>