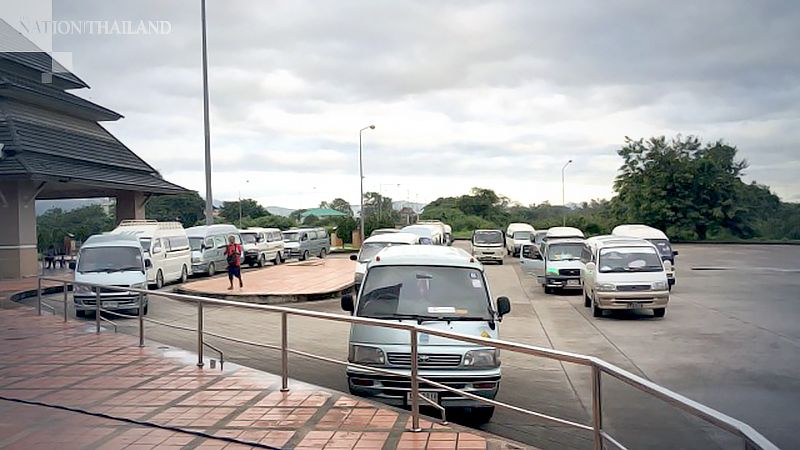 Thailand and Myanmar resume cross-border goods transportation
(30 September 2020) Myanmar has accepted a proposal from Thailand to resume cross-border goods transportation with the condition that the drivers would have to change at the border due to the risks of COVID-19. Transportation across the Second Thai-Myanmar Friendship Bridge resumed at 6:00am on 30 September 2020. On 28 September, Thailand had requested Myanmar to allow the resumption of cross-border trade due to trucks being stranded on the Thai side of the border, which were at risk of losing between US$2.5 million to US$3.2 million a day. The two countries also agreed to collaborate further in solving problems at the border.
Read more>>

Vietnam backs the UK joining the CPTPP
(30 September 2020) UK Foreign Secretary Dominic Raab stated that Vietnam will support the UK’s accession to the Comprehensive and Progressive Trans-Pacific Partnership (CPTPP) regional trade deal. Both Vietnam and the UK are also seeking their own bilateral trade deal as early as 2021, as the UK’s exit from the European Union after December 2020 will leave it out of the bilateral trade deal signed between the EU and Vietnam. In the meantime, Vietnam will apply the EU deal to the UK until a bilateral deal between both parties is ready. Vietnam’s main exports to the UK include mobile phones, seafood, garments and textiles, while the UK hopes to tap into Vietnam’s markets for education, renewable energy, technology, infrastructure, and health care.
Read more>>

Myanmar extends ban on foreign and domestic travel by another month to curb rising COVID-19 cases
(25 September 2020) Myanmar extended its ban on foreign visitors and domestic travel by another month in order to curb rising cases of COVID-19. The suspension, which was supposed to expire on 30 September 2020, will be extended until 31 October 2020. As of now, Myanmar has recorded up to 8,515 cases and 155 fatalities, and the Central Bank of Myanmar has responded by extending its minimum reserve requirement relaxations for banks to March 2021 to lessen the impact of COVID-19 on lenders. The country has set aside US$2.3 billion (3 trillion kyat) for efforts to contain the outbreak and minimise its impacts.
Read more>>

Around 10 casinos reopen after lifting of closure order
(29 September 2020) Cambodia’s Ministry of Economy and Finance stated that at least 10 casinos in Cambodia have reopened since a closure order was lifted in early July 2020. The casinos are currently operating in a limited capacity and must ensure social distancing and cleanliness. Cambodia’s casinos were closed on 1 April 2020, following an order from Prime Minister Hun Sen, after which the order was lifted on 3 July pending official approvals from the Ministry of Health, which require operators to include a detailed list of COVID-19 prevention measures.
Read more>>

Thailand plans to reopen country to tourists and investors in early 2021
(29 September 2020) Thai deputy prime minister Supattanapong Punmeechaow stated that Thailand is planning on reopening its economy to foreign tourists and investors in early 2021. The Thai government is looking at how to resume international flights and relax other quarantine rules, and said that it would be done on a bilateral basis with countries which are seen as having effectively handled the COVID-19 pandemic well, including Japan, Singapore, and Vietnam. Thailand plans to cut its quarantine period from 14 days to seven days to allow foreigners to go out and stimulate the economy sooner. The country is also planning on realigning its investment incentives to promote targeted industries more in line with a post-COVID-19 economy, including medical, biochemical, and wellness tourism.
Read more>>