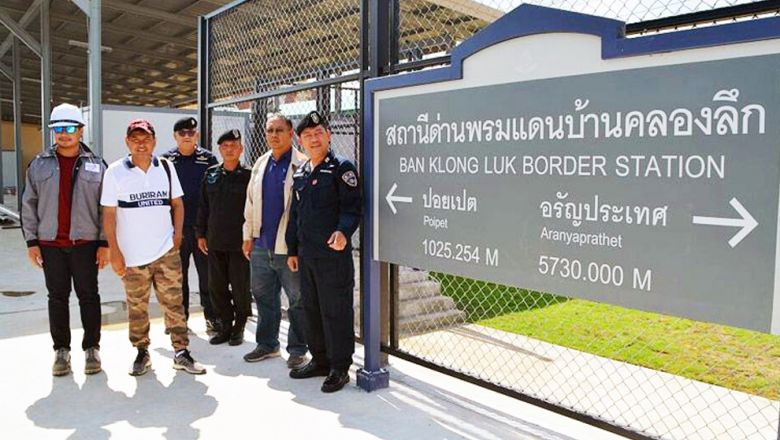 Thailand-Cambodia cross-border railway begins operations
(2 July 2019) The newly-extended rail link connecting Thailand to Cambodia officially began operations on September 30. The cross-border link follows the earlier signing of a memorandum of understanding between the countries to allow passenger trains to travel across their borders. With the addition of a newly-extended route on the Thai side, the rail service now starts from Bangkok to Aranyaprathet town in eastern Thailand, which then continues on to the Ban Khlong Luek border checkpoint on the Thai-Cambodian border.
Read more>>

Laos’ Savannakhet province removes all inspection checkpoints along main road
(30 September 2019) The governor of Laos’ central Savannakhet province announced last week that all inspection checkpoints along main roads in the province will be removed to expedite the flow of goods being transported and improve the country’s business environment. Among the police checkpoints which have been removed included those along the road connecting the Laos-Thailand Friendship Bridge to the Danvasan-Laobao checkpoint at the Vietnamese border, and as well as checkpoints along roads connecting Savannakhet to other central and southern provinces. The closing of the checkpoints was part of the government’s ‘Three Opens’ policy, which seeks to improve public services and attract investments.
Read more>>

Thailand rolls out incentives to boost rail projects
(28 September 2019) Thailand’s Board of Investment (BoI) announced this week that it will now provide corporate income tax waivers of five to eight years to companies who invest in the country’s upstream, midstream, and downstream of the rail industry. The move comes as part of the government’s National Strategic Plan 2017-2036, which foresees the need for around 15,000 train bogies in the next 20 years to expand local railways. The Thai industry and transport ministries are also expected to submit a proposal to the cabinet soon outlining plans to attract companies to invest in its rail industry.
Read more>>

Gulf-PTT joint venture wins bid in deal in Map Ta Phut area of EEC
(1 October 2019) Gulf Energy and PTT Tank Terminal’s joint venture Gulf MTP LNG Terminal won the bid to join the Industrial Estate Authority of Thailand (IEAT) in a public-private partnership to expand the third phase of the Map Ta Phut Industrial Estate (MTP3) by 1,000 rai. According to Deputy Prime Minister Somkid Jatusripitak, the MTP3 is a significant project as it is the first of five mega projects under the Eastern Economic Corridor. When completed by 2025, the MTP3 will be part of a larger transportation network connecting the Greater Mekong Subregion.
Read more>>

Thailand’s CP All in talks to expand 7-Eleven franchise to Cambodia and Laos
(2 July 2019) Leading Thai convenience store operator and sole 7-Eleven franchise holder CP All’s report to the Stock Exchange of Thailand on September 30 revealed that it is in negotiations for a Master Franchise agreement to bring the 7-Eleven franchise to Cambodia and Laos. However, the company noted that negotiations will be extended beyond the initial 2Q19 negotiation deadline. CP All was established in 1988 by the Charoen Pokphand Group. The company remains the sole franchise holder and operator of 7-Eleven convenience stores in Thailand.
Read more>>