Home / News & Views / In The News / Mekong Monitor: Thailand dominates ASEAN-6’s IPO market in 2020, contributing more than 60% of the total funds raised in the region

Mekong Monitor: Thailand dominates ASEAN-6’s IPO market in 2020, contributing more than 60% of the total funds raised in the region 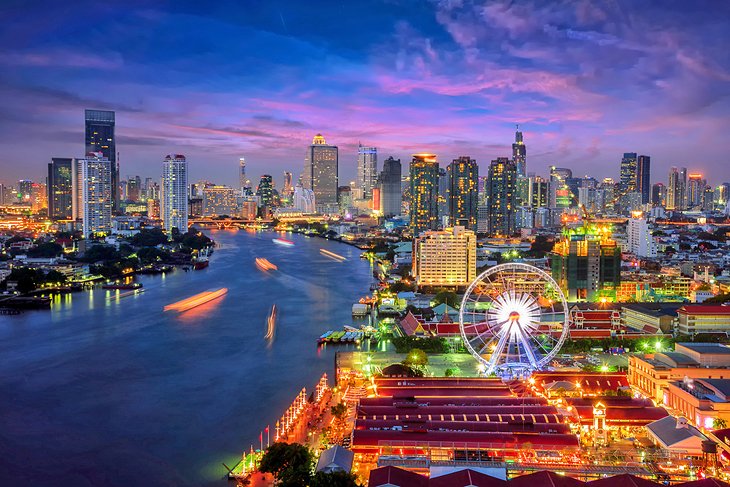 Thailand dominates ASEAN-6’s IPO market in 2020, contributing more than 60% of the total funds raised in the region
(30 November 2020) A report by Deloitte noted that Thailand dominated the ASEAN-6’s initial public offering market, contributing more than 60% of the total funds raised in the region. Thailand recorded 23 IPO launches from the start of 2020 to November 15, 2020, down from 34 launches for the whole of 2019. However, the IPOs in 2020 raised a total of US$3.94 billion, exceeding 2019’s roughly US$3 billion. Moving into 2021, Thailand is expected to see momentum in IPO activities, due to the planned in easing of rules to attract more listings by foreign companies, as well as plans by the Stock Exchange of Thailand to launch a new stock market for start-ups and SMEs. 25 companies are currently expected to go public in Thailand. Thailand is expected to beat Singapore for the second consecutive year in the region’s IPO market.
Read more>>

General tourism market to be closed until March 2021 due to ongoing COVID-19 pandemic
(02 December 2020) Thailand’s Minister for Sports and Tourism announced that Thailand’s general tourism industry will be closed until March 2021. Tourist visas such as e-Visas and visa-on-arrivals will still be on hold for now. Thailand will continue to be open for businessmen, technical experts, high-level workers and those in the medical field, while the 14-day quarantine will continue to be enforced for many countries still suffering from the pandemic. Although tourists can still enter the country through the new TR and STV visas, many have been turned off by the rigorous application process. The Thai Hotel Association and The Thailand Travel Agents Association have been urging the government to create travel corridors with other low-risk countries.
Read more>>

Viet Nam orders halt to all international commercial flights after country reports first COVID-19 cases in three months
(01 December 2020) Viet Nam’s Prime Minister ordered the aviation authority to halt international commercial flights after the country reported its first local COVID-19 cases in almost three months. Rescue flights bringing Vietnamese nationals home from abroad will be allowed to continue. Viet Nam had previously suspended international commercial flights from 01 April 2020, onwards amid the COVID-19 outbreak, causing local carriers to lose an estimated US$4 billion in 2020. Some international flights were allowed to resume in the summer and fall (albeit with travellers having to undergo a mandatory 14-day quarantine). Officials in Ho Chi Minh City have isolated 513 people after three people tested positive for the virus. The Prime Minister directed provincial governments to enforce social distancing “in high risk areas” in a manner not to hurt businesses and production activities.
Read more>>

Project to construct 38 roads in Siem Reap province to cost about US$150 million
(02 December 2020) The government plans to construct some 38 roads in Siem Reap province at a total cost of US$150 million. The government also plans to beautify about 9 kilometres of the Siem Reap river in the city to make it more attractive. The road project comes under the Siem Reap Tourism Development Master Plan 2020-2035, which aims to transform Siem Reap into a smart city. The road project is aimed at reducing traffic congestion, promoting transportation growth, and attracting investors, businessmen and international tourists. The government has targeted Siem Reap province alongside Phnom Penh and Sihanoukville provinces for national development and a destination for tourism, culture, history and nature.
Read more>>