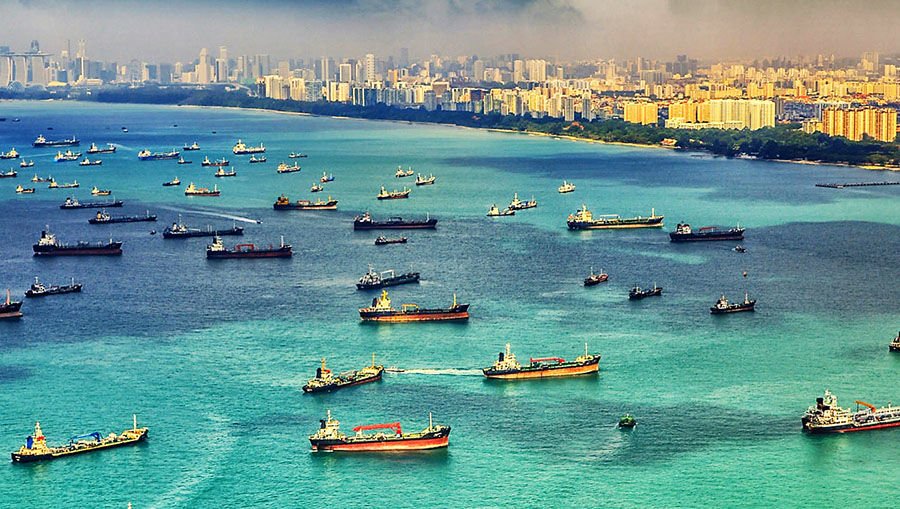 Thailand seeks to cut Malacca Strait shipping time via land link
(1 September 2020) Thailand hopes to cut shipping time via the Strait of Malacca with a 100-km highway and railway passageway. Discussions are underway to construct two deep seaports on both sides of the country’s southern coast that would be linked via rail and highway. The government has reportedly set US$2.4 million aside for a study into the building of the seaports, along with a further US$2.9 million to look into the feasibility of highway and rail connections between the two. The new project is expected to reduce shipping time by two days by bypassing the Strait of Malacca, which runs along Peninsular Malaysia’s south-west coast, before turning east past Singapore. This proposal replaces the Kra Canal plan, which has now been shelved on environmental grounds. Thailand’s transport minister Saksiam Chidchob said around a quarter of globally traded goods use the Strait of Malacca and therefore, an alternative route is now a necessity.
Read more>>

Government extends financial support measures for local businesses
(9 September 2020) The Myanmar government has extended financial support for local businesses until the end of the year. On 7 September, the Ministry of Planning, Finance and Industry (MOPFI) issued Notification 3/2020 which extends current support measures for businesses due to COVID-19 until 31 December 2020. The measures include the extension of tax reliefs to prioritised sectors from 30 September to 31 December. Under the previous notification, corporate income tax and commercial tax payment deadlines for cut, make, pack (CMP) businesses, hotel and tourism firms and SMEs were extended to 30 September. Under Notification 3/2020, income tax payments for the second to fourth quarters of the current financial year have also been extended to 31 December 2020. The Union of Myanmar Travel Association welcomed the extension, saying the relaxation of tax obligations would be good for businesses.
Read more>>

Vietnamese textile enterprises turn to domestic market amid COVID-19
(9 September 2020) With export activities facing difficulties due to the COVID-19 pandemic, Vietnamese textile and garment enterprises are turning to the domestic market as they consider it as one of the potential market segments to help offset revenue loss. According to the Vietnam Textile and Apparel Association (VITAS), the domestic consumption of textiles and garments is currently worth about US$3.5-4 billion and covers a population of nearly 100 million people. VISTA vice chairman Truong Van Cam said that although Vietnamese enterprises have been successful in exporting, doing business at home is still difficult for them. This is because when operating in the domestic market, local companies must produce, build distribution systems, and plan other sales and marketing campaigns, rather than only focusing on fulfilling shipments for export. Local businesses have been urged to build a distribution network for the domestic market, and invest in design and standardise their customer service.
Read more>>

Cambodia mulling FTA with Japan
(7 September 2020) Cambodia is exploring the possibility of establishing a free trade agreement with Japan, said Prime Minister Hun Sen when he chaired a cabinet meeting on 4 September. According to Hun Sen, he conveyed his intent to the Japanese foreign minister Motegi Toshimitsu when he visited Cambodia in the third week of August. The trade volume between Cambodia and Japan decreased by 3.7% to US$1.01 billion in the first half of 2020. Data from the Japan External Trade Organization (JETRO) from January to June 2020 showed that Cambodia exported US$791.6 million worth of products to Japan, marking a year-on-year decrease of 0.2%. During the same period, Cambodia spent US$218.6 million importing products from Japan, equivalent to a 14.6% decrease.
Read more>>