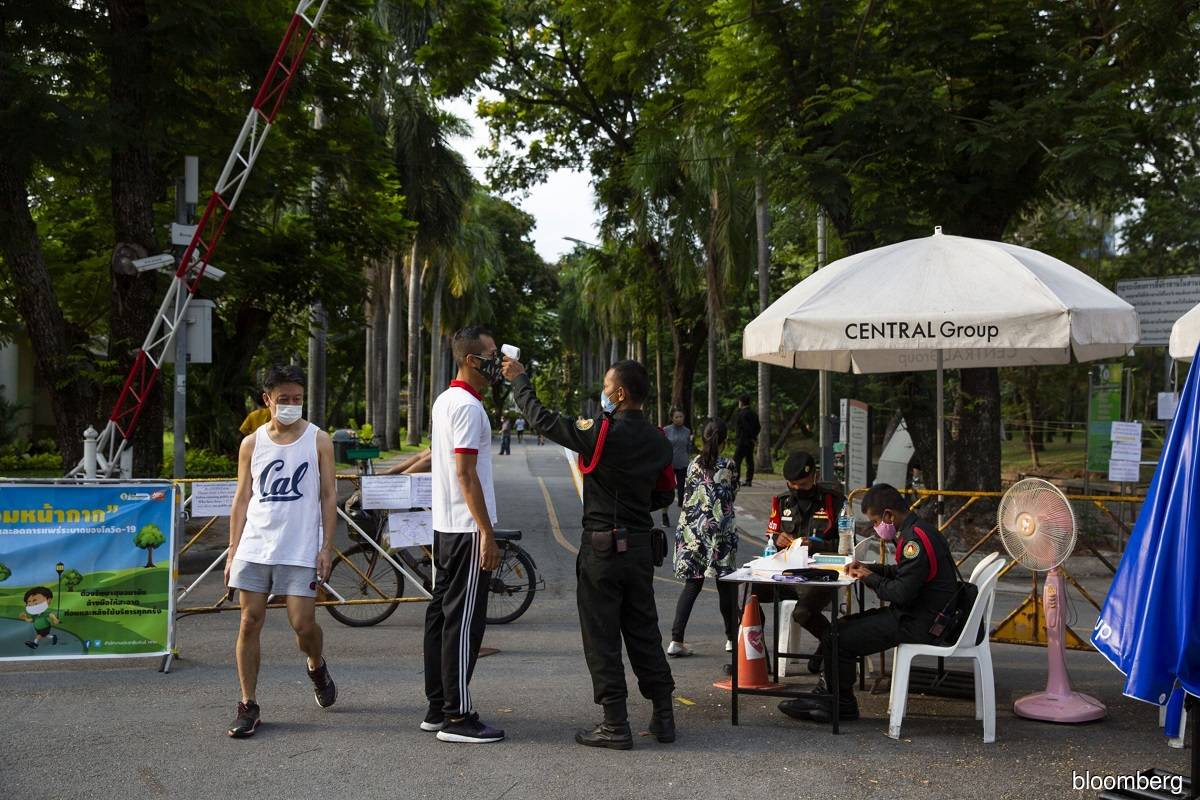 Thailand sees new rise in COVID-19 infections as it begins easing travel restrictions
(22 December 2020) Thailand confirmed 427 new COVID-19 infections on 22 December, with the majority of cases linked to a seafood centre outbreak in a province near Bangkok, according to the public health ministry. The new cases include 397 migrant workers in the southwestern province of Samut Sakhon, where the kingdom’s worst COVID-19 outbreak yet was confirmed over the weekend. On Sunday, authorities aimed to conduct 10,300 tests by 23 December in Samut Sakhon and nearby provinces. The new infections come as authorities began easing travel restrictions on 17 December to allow foreign tourists to return to the country in a bid to revive its battered tourism industry. Thailand eased restrictions for citizens from over 50 countries, but visitors will need to quarantine for two weeks upon arrival and will need a certificate to show they were free of COVID-19 72 hours before travel.
Read more>>

Trade between Cambodia and the UK falls 17.6% in first 11 months of 2020
(21 December 2020) Trade volume between Cambodia and the UK reached $813.22 million in the first 11 months of 2020, marking a 17.61% decrease from the US$987.09 million recorded in the same period in 2019, according to the Ministry of Commerce. During the same period, Cambodia’s exports were down 16.02% year-on-year to US$766.77 million while its exports fell 37.30% year-on-year to US$46.45 million. Most of Cambodia’s exports to the UK comprised clothing, footwear, bicycles, milled rice and agricultural products, while its imports mainly consisted of cars and machinery, the ministry said. According to the British ambassador to Cambodia, the UK would implement a trade policy independent of the EU’s from 1 January 2021 and would not continue the partial suspension of the bloc’s preferential system from Cambodia within the framework of its Everything But Arms (EBA) scheme.
Read more>>

Vietnam seen as attractive destination for investment in low-emission energy
(22 December 2020) Vietnam’s energy demand is forecasted to increase by 8.5% per year over the next five years and 7.0% between 2026 and 2030. Estimations by the government showed that the country would require a total investment of US$130 billion in new power projects by 2030 to make up for the shortages, equivalent to US$12 billion per year. According to USAID Vietnam, US enterprises were eyeing the country as an important destination for investment. Delta Offshore Energy, Bechtel Corporation, General Electric and McDermott signed a cooperation agreement to develop an LNG power project in Bac Lieu worth more than US$3 billion. In July, the Vietnam Energy Summit 2020 saw signings of agreements for several power projects, including a US$10 billion offshore wind power project between Copenhagen Infrastructure Partners and Bình Thuan Province.
Read more>>

Overall corporate transparency in Myanmar improves
(22 December 2020) Corporate governance and transparency in the private sector has improved in Myanmar in 2020 but conditions at state-owned economic enterprises (SEE) had yet to make the same progress, according to the Pwint Thit Sa Report 2020 issued by the Myanmar Centre for Responsible Business (MCRB). The report assesses online disclosure on corporate websites of 260 Myanmar enterprises comprising listed, public, private companies, SEEs and all banks. Corporate profile, corporate governance, sustainability management and reporting and reviews on responsible business activities in Myanmar, anti-corruption, were among the areas assessed. The top three Myanmar firms according to the report’s assessment are uab Bank, City Mart Holdings Group and Shwe Taung Group.
Read more>>

Germany provides US$24 million for enhanced forest management and conservation in Laos
(23 December 2020) The German Federal Ministry for Economic Cooperation and Development (BMZ), KfW Development Bank is providing around US$24.4 million (€20 million) to support the reform of Laos’ forest sector. The Lao government will contribute around US$4.9 million (€4 million) as non-cash benefits to the project. The implementation of the Forest Law Enforcement, Governance and Trade-Financial Cooperation project (FLEGT-FC) was recently agreed with the Lao government. Representatives from Laos and Germany signed the Grant and Separate Agreements in Vientiane on 17 December. The project will start the implementation in 2021 and is scheduled to be completed in 2026. The FLEGT-FC project will provide financial support to the Lao government in order to implement reform efforts of the forestry sector in a consistent and sustainable manner.
Read more>>