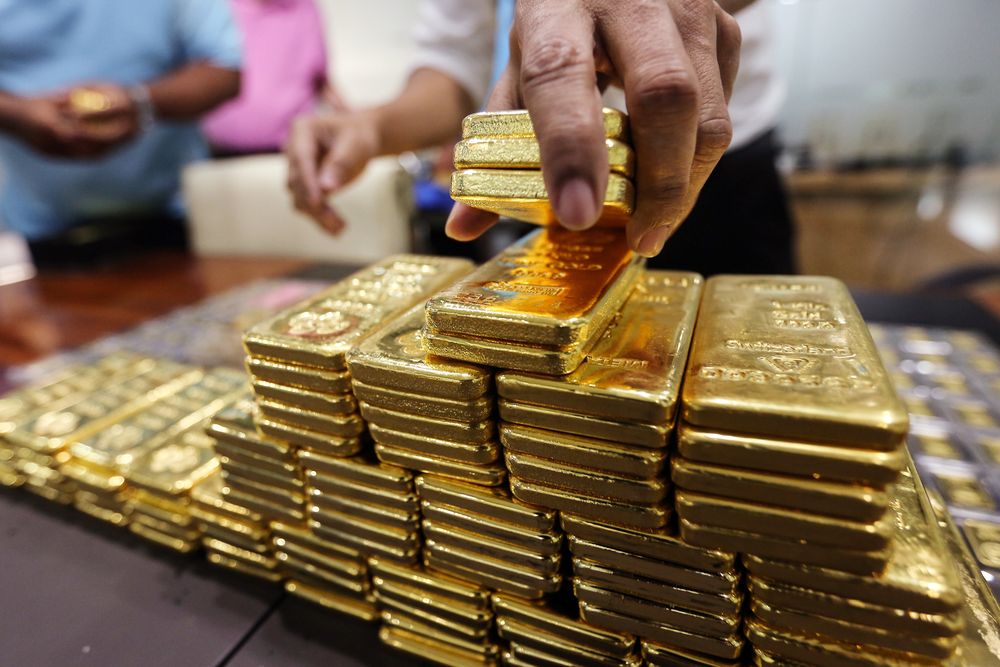 Thailand to sever link between gold trading and baht to limit currency’s gain
(29 July 2020) The Bank of Thailand (BOT) plans to sever the link between gold trading and the baht as a way to limit the currency’s gains without being labelled by the US as a currency manipulator. The BOT is in negotiations with market participants to convert local gold trading to US dollars, including the sale of gold futures, to reduce the baht’s strength. The recent surge in gold prices has encouraged Thais to reduce their holdings, forcing local shops to sell in the international market and therefore pushing up the value of the baht. The baht has been one of Asia’s best performing currencies over the past four years, appreciating around 10% against the dollar over the period. Whether the gold-trading proposal is implemented will depend on the approval of the incoming governor of the Bank of Thailand. The kingdom is in the process of selecting a new central bank chief for the term starting 1 October 2020.
Read more>>

Myanmar approves US$171.27 million from ADB for rural electrification
(27 July 2020) Myanmar’s parliament approved a US$171.27 million loan from the Asian Development Bank (ADB) to improve rural electrification through its Accelerated Rural Electrification Project. The loan will be used for the electrification of 400,300 households in 2,815 villages in Karen State and Ayeyarwady, Magwe and east Bago regions. The locations were identified as areas where small percentages of households have access to electricity. The seven-year project is expected to start in 2021. As of December 2019, Myanmar’s electricity grid has provided power to 50% of the country’s energy needs. As of 31 March, Myanmar had US$10.2 billion in foreign debts, representing 12.9% of GDP, according to its finance ministry.
Read more>>

Myanmar government to arrange relief flights for citizens to travel abroad
(28 July 2020) The Myanmar government is planning on arranging relief flights for citizens to travel abroad for urgent matters. Matters considered urgent include emergency medical treatment, citizens and seamen having to return to overseas workplaces on time, and scholars and students going abroad for studies on government programmes. Eligible citizens who are approved to fly can apply for COVID-19 tests at the National Health Laboratory in Yangon or Public Health Laboratory in Mandalay. Citizens are advised to carefully read and adhere to COVID-19 measures and immigration requirements of the respective countries they are travelling to as most of the foreign countries are still imposing entry restrictions.
Read more>>

Flights from Indonesia and Malaysia to be banned from 1 August 2020
(27 July 2020) All flights to Cambodia from Malaysia and Indonesia will be banned from 1 August 2020 onwards in order to stop the spread of COVID-19. The recommendation to temporarily ban the flights came after 23 COVID-19 cases were recorded in Malaysia. The ban is meant to control the spread of COVID-19 as Cambodia celebrates the Khmer New Year, which has been deferred from 13 April to 17 August. At least 108 cases have been recorded among passengers from Malaysian and Indonesian flights. Almost all of those tested positive were Cambodian citizens returning from Russia and the Middle East via transit flights through Malaysia. The decision to temporarily ban the flights comes a day after Malaysia announced that Cambodia was a potential partner for a “travel bubble.”
Read more>>

Thai renewable energy company plans to build ASEAN’s largest wind farm in Laos
(29 July 2020) BCPG Plc, the renewable energy arm of Thai energy conglomerate Bangchak Corporation Plc, is planning on building ASEAN’s largest wind farm in Laos. The facility will cost US$840 million with a capacity of 600 megawatts. The farm will be located near the Mekong River across Ubon Ratchathani in southern Laos. The electricity will be sold to Vietnam’s state-run firm Electricity Vietnam (EVN). BCPG Plc will sign a power purchase agreement with EVN in October 2020. BCPG invests in the project through its subsidiary, Impact Energy Asia Development Co, acquiring 45% ownership while the other 55% is held by Impact Electrons Siam. Construction of the wind farm is scheduled to start after the agreement is signed and is expected to operate by 2023.
Read more>>