Mekong Monitor: Thailand’s economic growth to weaken to 1.0% in 2020 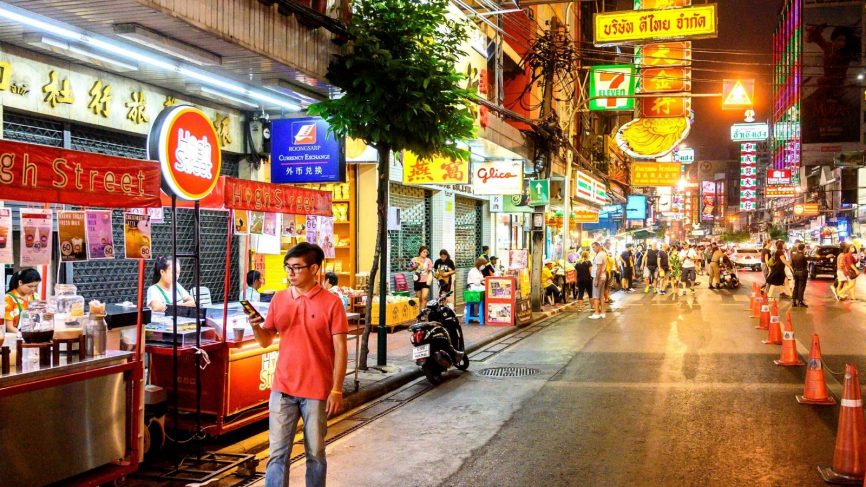 Thailand’s economic growth to weaken to 1.0% in 2020
(19 March 2020) International credit rating agency Fitch Ratings has forecasted that Thailand’s economic growth will weaken to 1.0% in 2020, a significant drop from 2.4% in 2019. This has been attributed to the COVID-19 outbreak, which will significantly affect the country’s tourism sector. The credit agency noted that while Thailand’s sound external and public finances can cushion against economic shocks, it will be countered by poor governance scores and low income per capita. Pointing to factors that will support growth moving forward, the expected approval of the fiscal 2020 budget will help to boost infrastructure investment, while the government has also approved an estimated US$12 billion stimulus package, which includes targeted soft loans for small and medium-sized enterprises.
Read more>>

Vietnam closes border crossings with Cambodia, affecting bilateral border trade
(9 March 2020) Prime Minister Nguyen Xuan Phuc announced the allocation of US$15.16 million to combat drought and salt intrusion in the Mekong Delta provinces. The money will be awarded to Long An, Tien Giang, Ben Tre, Kien Giang and Ca Mau provinces. Drought and salinity across the five provinces have damaged around 40,000 hectares of rice paddies and caused water shortages affecting 95,000 families, according to the Ministry of Agriculture and Rural Development. The Mekong Delta, home to Can Tho City and 12 provinces, has been experiencing especially harsh droughts and salinisation, with experts warning salinity levels would exceed the 2016 record in March 2020. The Mekong River flows 4,880 km through six countries, 2,130 km in China. Out of the 19 hydropower projects it plans along the river, China has completed 11
Read more>>

Thailand’s electric vehicle industry grew to 420 companies in 2019
(18 March 2020) The number of companies in Thailand’s electric vehicle industry jumped from 76 in 2015 to 420 in 2019, according to its Electric Vehicle Association. The production of electric vehicles in the country is reportedly growing, with firms such as SAIC, Honda, and Toyota currently operating manufacturing plants there. Thailand also recently welcomed a Mercedes-Benz battery production facility which had set up in Bangkok. The government currently offers tax incentives for automotive companies focusing on electric vehicle parts production and fuel-efficient vehicle assembly. Thailand is the largest producer of vehicles in ASEAN, producing more than 2.17 million units in 2018.
Read more>>

Myanmar government announces waiver of advance income tax for impacted exporters
(17 March 2020) The Myanmar government announced a waiver of the 2% advance income tax on exports until the end of the 2019/2020 fiscal year (which ends on 1 September 2020). The 2% income tax, introduced in 2013, impacted the value of nearly all imported and exported goods. To further prevent unemployment and enable factories to continue operating, low-cost loans and tax exemptions will be arranged for businesses in sectors such as garment manufacturing, hotels, tourism, and small-and-medium enterprises. The government also recently set up a central committee to tackle the economic impact of the outbreak. Among the measures being considered include drawing up emergency plans for the tourism sector, vocational training programmes and new job opportunities for laid off workers, and tax exemption schemes for small-and-medium enterprises.
Read more>>

Cambodia to halt plans to build new hydropower dams on Mekong River for next ten years
(18 March 2020) The Cambodian government has indicated that it does not plan to develop new hydropower dams on the Mekong River for the next ten years, as it seeks electricity from other sources including coal, natural gas, and solar. The government had previously announced plans for two dams at Sambor and Stung Treng, but both plans have been put on hold. In 2019, Cambodia suffered some of its worst power shortages in years due to a surge in energy demand leading to a construction boom financed by Chinese investment. Officials attributed the shortages to low water levels at dams on other rivers and tributaries of the Mekong. About 48% of Cambodia’s electricity production comes from hydropower, and the country imported some 25% of its electricity in 2019.
Read more>>