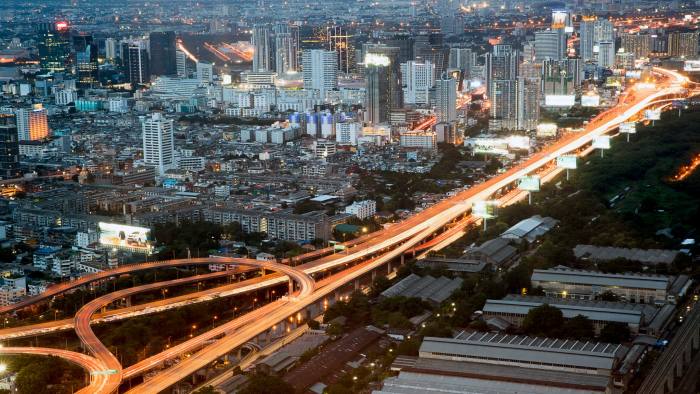 Thailand’s economy forecasted for clear recovery momentum in 2022
(8 December 2020) Thailand’s economy is only forecasted for a clear recovery momentum in 2022, as domestic demand is expected to remain weak in 2021, according to CIMB Thai Bank. It is believed that the only sector which will see a recovery in 2021 will be Thailand’s exports. Reasons attributed for the projected weak domestic demand include higher non-performing loans which could cause commercial banks to be more hesitant to approve business loans and rising household debt which would make consumers more reserved on expenditure. It is noted that Thailand’s household debt-to-GDP ratio in the second quarter ballooned to 84%, an 18-year high. The Thai baht’s strengthening value against the US dollar is also expected to impact the country’s domestic demand.
Read more>>

Thai cabinet approves plan to offer long-stay tourist visas for visitors from all countries
(8 December 2020) The Thai cabinet approved on 8 December a plan to offer long-stay tourist visas (STV) for visitors from all countries. Under the STV, foreign visitors can stay in Thailand for up to nine months. Under the previous scheme, only visitors from low-risk COVID-19 countries were allowed to enter the country, but the eventual number of visitors that arrived in Thailand was lower than the government’s expectations (with only 825 tourists visiting the country overall). All foreign visitors to Thailand will have to comply with the rules and regulations under STV, including having to undergo a 14-day compulsory quarantine period upon arrival, as well as obtaining health insurance that covers COVID-19 treatment at the cost of US$100,000.
Read more>>

Malaysian conglomerate G Capital Berhad to set up commercial bank in Cambodia
(8 December 2020) Malaysia-based conglomerate G Capital Bhd, which specialises in the provision of charter services with a fleet of land-based passenger transportation assets and specialty vehicles, revealed that it had received “approval in principle” from Cambodia’s central bank to set up a full-fledged commercial bank in Cambodia alongside other partners. The company had entered into a heads of agreement with Public Bank Bhd’s Indo-China operations regional head Phan Ying Tong and Cambodian firm E S Packaging Co Ltd to jointly undertake the establishment of Oriental Bank Plc. G Capital stated it will hold no less than 20% of the issued shares of the new company, while Phan will hold a 51% stake and E S Packaging a 20% stake. The remaining 9% stake will be held by an additional investor.
Read more>>

Mitsubishi Corp. sign two train car contracts worth US$663 million in Myanmar
(8 December 2020) Mitsubishi Corp. signed two contracts to deliver new train cars for two railway tracks in Myanmar, with both contracts worth a total of US$663 million. The two contracts will be covered by an international yen loan agreement between the governments of Myanmar and Japan. Mitsubishi will deliver 66 cars for the 46-km Yangon Circular Railway, which runs in a loop in Myanmar’s largest city, and 180 cars for the 620-km Yangon-Mandalay Railway, which connects Yangon, Naypyitaw and Mandalay. The new train cars will reduce travel time on the Yangon Circular Railway from 170 minutes to 110 minutes, and on the Yangon-Mandalay Railway from about 15 hours to around eight hours. Improvements to the Yangon-Mandalay Railway is expected to bring development to the northern Mandalay region.
Read more>>

Oil trading giant Gunvor International to supply liquified natural gas to Vietnamese province of Binh Thuan
(8 December 2020) Oil trading giant Gunvor International entered into a joint venture with US-based development company Energy Capital Vietnam (ECV) to supply liquified natural gas (LNG) to the Vietnamese province of Binh Thuan. Gunvor will supply the super chilled fuel to an ECV-led project in Binh Thuan, where it will be converted into power. Both companies expect initial LNG consumption to amount to about 1.5 million tonnes per year. The LNG will be delivered via a subsea pipeline to an offshore floating storage and regasification unit to import LNG. The project’s commercial operational delivery is expected by 2025.
Read more>>