Home / News & Views / In The News / Mekong Monitor: Vietnam-Cambodia US$5 billion trade target could be reached earlier than expected

Mekong Monitor: Vietnam-Cambodia US$5 billion trade target could be reached earlier than expected 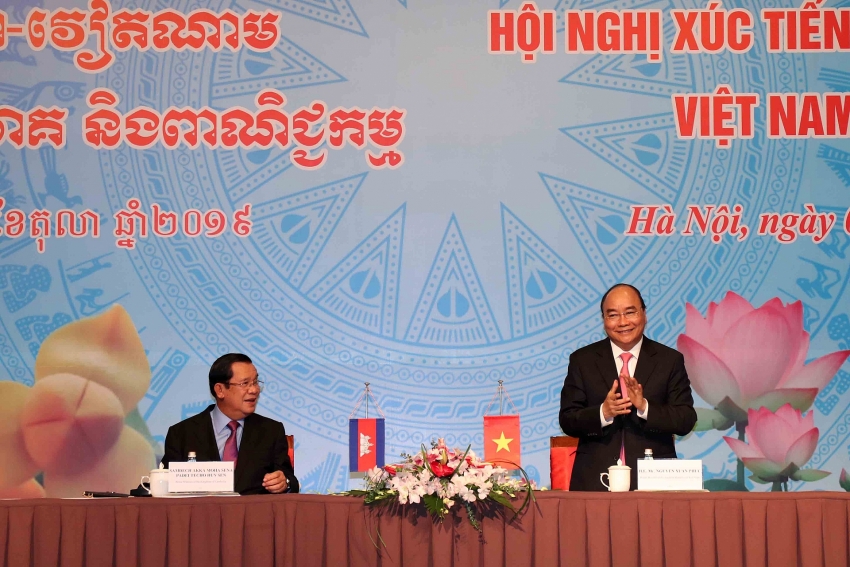 Vietnam-Cambodia US$5 billion trade target could be reached earlier than expected
(5 October 2019) Vietnamese Prime Minister Nguyen Xuan Phuc and his Cambodian counterpart Hun Sen believe the US$5 billion in bilateral trade target could be achieved earlier than 2020. Both leaders committed to bolstering their business environment to better welcome bilateral investments, at a trade promotion conference they co-chaired on October 4 in Hanoi. Bilateral trade between Vietnam and Cambodia in the first eight months of 2019 grew 13.91% to US$3.54 billion and is expected to reach US$5 billion by 2020 or earlier. Vietnam is presently Cambodia’s fifth largest source of foreign investment, with investment in the first three quarters of 2019 growing 49.5% on the year totalling US$50 million.
Read more>>

Thailand and Myanmar push ahead with plans for Dawei SEZ
(7 October 2019) Myanmar and Thailand announced that they will accelerate plans to develop the long-delayed Dawei Special Economic Zone (SEZ) in the Tanintharyi Region of Myanmar following a joint committee meeting held last week. According to Myanmar deputy energy minister U Tun Naing, Myanmar will prioritise the development of basic infrastructure connecting the SEZ to Thailand. The first phase of development will cover 27 square kilometres, funded with loans from Thailand and the Asian Development Bank. The second phase will involve the development of the remaining 169 square kilometres with funding from third parties.
Read more>>

Thailand-Myanmar trade expected to increase following opening of second bridge
(4 October 2019) Trade between Thailand and Myanmar is expected to get another boost after the opening of the second Thai-Myanmar Friendship Bridge in Mae Sot district in Tak province on October 30. Border trade between the countries grew 4.9% on the year totalling US$6.35 billion in 2018, with trade at the Mae Sot checkpoint accounting for US$2.63 billion of the total. Border trade between the countries also accounted for 18.3% of Thailand’s total border trade volume in the first eight months of 2019, totalling US$1.81 billion. The new bridge is expected to boost exports by more than 30%.
Read more>>

Cambodia requests Myanmar to import famous Kampot pepper to boost trade ties
(3 October 2019) Cambodian foreign affairs minister Prak Sokhonn submitted a formal request to Myanmar asking them to consider importing more Cambodian agricultural products, especially its Kampot pepper. Presently, 50% of Cambodia’s Kampot pepper is exported to the EU and 30% is consumed locally. As such, Cambodia sees this as an opportunity for the countries to boost their bilateral trade volume. According to a senior government official, bilateral trade between the countries reached US$10 million last year, up from US$4 million the year before.
Read more>>