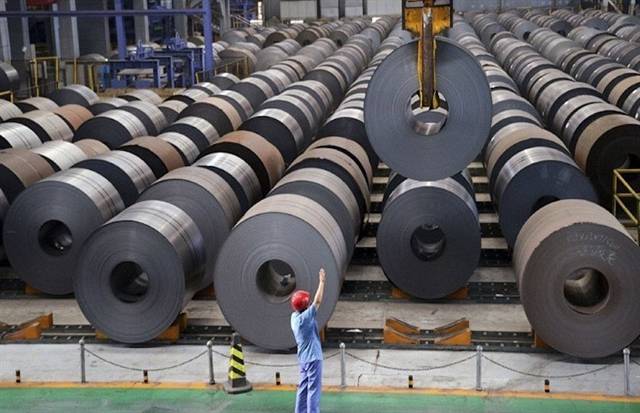 Vietnam to allocate US$15 million in Mekong Delta drought fight
(9 March 2020) Prime Minister Nguyen Xuan Phuc announced the allocation of US$15.16 million to combat drought and salt intrusion in the Mekong Delta provinces. The money will be awarded to Long An, Tien Giang, Ben Tre, Kien Giang and Ca Mau provinces. Drought and salinity across the five provinces have damaged around 40,000 hectares of rice paddies and caused water shortages affecting 95,000 families, according to the Ministry of Agriculture and Rural Development. The Mekong Delta, home to Can Tho City and 12 provinces, has been experiencing especially harsh droughts and salinisation, with experts warning salinity levels would exceed the 2016 record in March 2020. The Mekong River flows 4,880 km through six countries, 2,130 km in China. Out of the 19 hydropower projects it plans along the river, China has completed 11
Read more>>

Lao crop exports to China hit by fears over COVID-19
(6 March 2020) In January and February 2020, border trade in Lao provinces neighbouring China, particularly Oudomxay and Luang Namtha, was quieter, according to an anonymous official from the Oudomxay provincial Industry and Commerce Department. The main agricultural exports of Laos to China consist of rubber, maize, beans, sugarcane, watermelons, bananas, cassava, sweet potato and other fruits. Chinese markets have reopened and are back to normal, but buyers are paying less for Lao products. The trade value between Laos and China continues to increase every year as cooperation between the two governments deepens. China is Laos’ biggest foreign investor and the country’s second-largest trading partner. According to the Ministry of Industry and Commerce, the value of bilateral trade reached about US$3.22 billion in 2019 and US$2.88 billion in 2018.
Read more>>

Laos’ domestic energy consumption rises, import decreases
(6 March 2020) Laos’ domestic distribution of electricity is likely to rise to 28,886 million kilowatt-hours (kWh), worth about US$2,465 million by the end of 2020 based on its 8th five-year energy development plan for 2016-2020, according to its Ministry of Energy and Mines. In 2020, the government is expected to further invest in electricity infrastructure to ensure 95% of its population has access to electricity. Laos buys electricity from neighbouring countries to provide energy to those living close to the borders. Under the energy development plan for 2016-2020, Laos expects to import 2,972 million kWh valued at US$170 million, a 52% decrease compared to the 2011-2015 period. During the period 2020-2030, the ministry expects Laos to generate about 20,000MW of electricity which will be in excess of domestic requirements and the surplus will, therefore, be available for sale to countries in the region.
Read more>>

Myanmar’s Ayeyawady Integrated Food Industry Complex to be completed in 2021
(9 March 2020) Myanmar’s Ayeyawady Integrated Food Industry Complex, which is being constructed on 900 acres of land in Pantanaw Township, is expected to be completed in 2021, according to the Commerce Ministry. It added that 90% of goods produced at the complex will be exported. The complex is being implemented by Global Earth Agro and Aqua Public Company, established by the Myanmar Fisheries Federation (MFF). The company will conduct aqua feed processing, fish breeding, fish processing, and set up a laboratory at the complex. Drying factories, fish and aqua feed processing factories, breeding stations, packaging factories, cold storages, fish disease diagnostics laboratory, warehouses, and apartments for workers will be included in the project. The complex has so far created more than 2,000 jobs and is expected to employ over 7,000 workers within five years with a production value estimated at around US$200 million, according to the MFF.
Read more>>