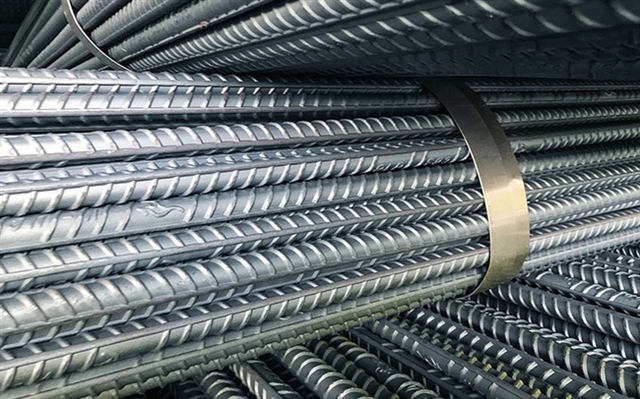 Vietnamese steel products hit with Thai anti-dumping duties
(25 February 2020) Thailand will impose anti-dumping tariffs ranging from 6.97% to 51.61% of cost, insurance and freight (CIF) prices on some imported steel products from Vietnam, according to the Trade Remedies Authority of Vietnam under the Ministry of Industry and Trade. The authorities in Vietnam were informed of Thailand’s final conclusion of an anti-dumping investigation on a number of iron and steel pipes and tubes imported from Vietnam by the Vietnam Trade Office in Thailand. The move was reportedly made to protect the Thai domestic manufacturing sector. However, the anti-dumping duties are exempted from the importation of related goods for production for export, goods imported for special use or goods classified as special categories. Further to that, the anti-dumping duty will be applied for a maximum period of five years and affected members can carry out reviews annually. The Trade Remedies Authority of Vietnam has therefore advised that relevant Vietnamese exporters continue to participate in the reviews to ensure the protection of their rights and interests.
Read more>>

Vietnam maintains macroeconomic targets despite COVID-19 epidemic
(26 February 2020) The Vietnam government will strive to meet dual targets of containing the spread of COVID-19 and ensuring the safety of people while achieving the macroeconomic indicators set, said Prime Minister Nguyễn Xuân Phúc during a meeting of the National Financial and Monetary Policy Advisory Council held on 25 February. He noted that in the current climate, the authorities need to take strong, drastic and comprehensive measures to fight against the outbreak, boost production and business. Phúc has directed ministries, agencies, cities and provinces throughout the country to come up with plans to deal with socio-economic impacts caused by the virus. At the same meeting, the State Bank of Vietnam said it would keep inflation in check by applying a cautious monetary policy. It has also set the direction for banks to consider rescheduling payments, reduce interest rates and temporarily suspending debts.
Read more>>

Myanmar’s garment factories expect to feel the impact of COVID-19 by March 2020
(24 February 2020) The garment industry in Myanmar fears that half of the garment factories in the country may have to temporarily shut down in March 2020 due to the shortage of raw materials from China. According to the Myanmar Government Manufacturers Association (MGMA), some 90% of raw materials including fabrics, textiles and zips used by garment factories in Myanmar depend on supply from China and the supplies have suffered disruption due to the COVID-19 outbreak in China. Garment factories in Myanmar have started to cope with the situation by reducing operations and work hours. There are currently around 500 garment factories in the Yangon region, including of 263 Chinese-owned factories, 67 South Korean-owned and 92 locally-owned. These factories are estimated to employ a total of 500,000 workers. According to the Korea Garment Association in Myanmar, under the current circumstances, South-Korean owned factories may stop operating in early March 2020 and without any improvement in the situation, the stoppage may continue until the end of April 2020.
Read more>>

Cambodia will not fight to retrieve 20% of EBA trade scheme
(27 February 2020) Cambodia’s Prime Minister Hun Sen affirmed that Cambodia will not fight to retrieve the 20% of the Everything But Arms trade scheme from the European Union, as the country had already taken measures in preparation for the partial withdrawal of the preferential trade system. The measures include tax exemptions for businesses for six months to one year to cope with the partial withdrawal of the EBA and COVID-19. According to the Center for Policy Study, the impact of the partial withdrawal of the EBA’s preferential tariff affects 20% of Cambodia’s total exports to the EU. “The decision of the European Commission on 12 February 2020 requires Cambodia to pay 20% on all exports to the EU, which costs approximately US$ 100 million per annum. This is only 0.35% of the Kingdom’s total GDP. Thus it does not severely affect the Kingdom’s economy,” the director of Center for Policy Study, Chan Sophal wrote on his Facebook in mid-February.
Read more>>

Laos takes steps to ease business start-ups
(25 February 2020) Laos has eased the registration process in the country for foreign investors, local entrepreneurs and those who want to start a new business. According to the Enterprise Registration and Management Department, Ministry of Industry and Commerce, the business registration process was made easier with the aim of improving Laos’ global ranking in the ease of doing business. The country was placed 181 in a 2020 global ranking of 190 countries on the ease of starting a business. The department said the earlier 10-step enterprise registration process has been cut down to three steps but this excludes the process of obtaining a business permission licence. The current registration process has also been reduced to 30 days whereas the earlier process took 178 days, said Director General of the Enterprise Registration and Management Department, Somphuang Phienphinith. The process to speed up business registration was launched in late 2018 and completed in 2019.
Read more>>