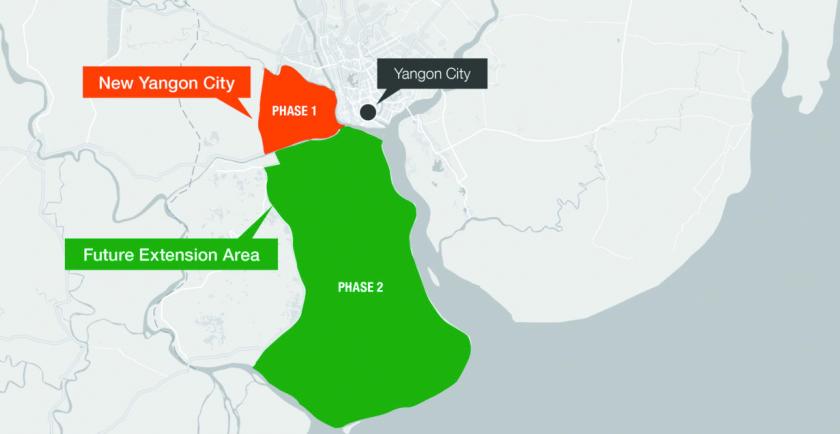 New Yangon City to create economic growth, homes, and jobs
(9 April 2018) On March 31st, Myanmar Chief Minister of Yangon Regional Government, H.E. U Phyo Min Thein announced the launch of New Yangon Development Company Ltd. (NYDC), which aims to create economic growth, homes, and jobs through the development of land to the west of Yangon River. The New Yangon City is expected to create two million jobs, support local businesses and attract international companies. This project will also see the development of a world-class sustainable and reliable infrastructure, which includes an integrated and an affordable living for all segments of the community. The New Yangon City will be primarily based on a Public-Private Partnership model, where the private sector will play a significant role together with equity investments.
Read More >

Western sanction risk in Myanmar to affect FDI inflows
(5 April 2018) According to International Monetary Fund, despite a rebounding economic growth in Myanmar, foreign investors’ confidence is deteriorating due to the possibility of facing Western sanctions following the ongoing Rohingya refugee issue. Since September 2017, leading economic indicator such as the amount of FDI projects approved by Myanmar’s government has shown “a marked slowdown”. The IMF said that preliminary data reviewed by the institution has identified some of the foreign investors have postponed the final approval for the project until further clarity is provided regarding the effects of the sanctions as well as Myanmar’s plans on overcoming the problem. Overall, the IMF sees Myanmar’s economic growth to accelerate toward an estimated potential rate of 7 to 7.5 percent, after lower-than-expected growth of 5.9 percent in 2016/2017 fiscal year.
Read More >

Myanmar state-owned company to build first modern oil refinery
(11 April 2018) Myanmar state-owned company Myanma Petrochemical Enterprise (MPE) is planning to build a new oil refinery infrastructure near an existing state-run facility in Magwe Region. This project will be implemented in cooperation with the private sector through the Public-Private Partnership. Generating 2 million tonnes capacity per year, the new modern oil refinery will be using a crude oil feedstock from the South East Asia crude oil pipeline, which was first developed by the China National Petroleum Corporation. Myanmar Ministry of Electricity and Energy (MOEE) are currently in the process of conducting the necessary environment and social impact assessments for the construction of the refinery in order to meet the local demand for reasonably-priced quality fuels, with the construction of the new refinery is expected to take between 3 and 5 years.
Read More >

Kyat remains resilient despite developing US-China trade war
(6 April 2018) In recent weeks, despite a developing trade war between the US and China that had led to volatile swings in global currencies, the Myanmar kyat remained steady versus the US dollar. The Myanmar central bank’s reference rate is now set at K1,332 against the dollar, not far from its highest level of K1,340 in January. Sean Turnell, economic adviser to the Myanmar government said that the looming US-China trade war will not disturb the stability of the Kyat currency. However, U San Thein, a former central banker in Myanmar believes that the emerging trade war will have a “negative impact” on both the dollar and the renminbi, Myanmar’s two main trading currencies.
Read More >

Myanmar experience an increase in its growth domestic product
(12 April 2018) Asian Development Bank (ADB) in its Asian Development Outlook 2018 report, mentioned that in 2017, Myanmar experienced a stellar growth for its domestic product (GDP) at 6.8 percent from 5.9 percent in 2016. ADB further added that, in the next period, Myanmar’s growth will be boosted by the production of agriculture products, industry expansion, stronger demand for tourism and IT related services as well as stronger domestic demand driven by foreign direct investments (FDI) and improving global conditions. According to Asian Development Bank, Myanmar’s youthful labour supply will continue to attract FDI to labour-intensive and export-oriented industries, despite also voicing concerns for the country’s restrictive regulations when compared to other regional economies.
Read More >