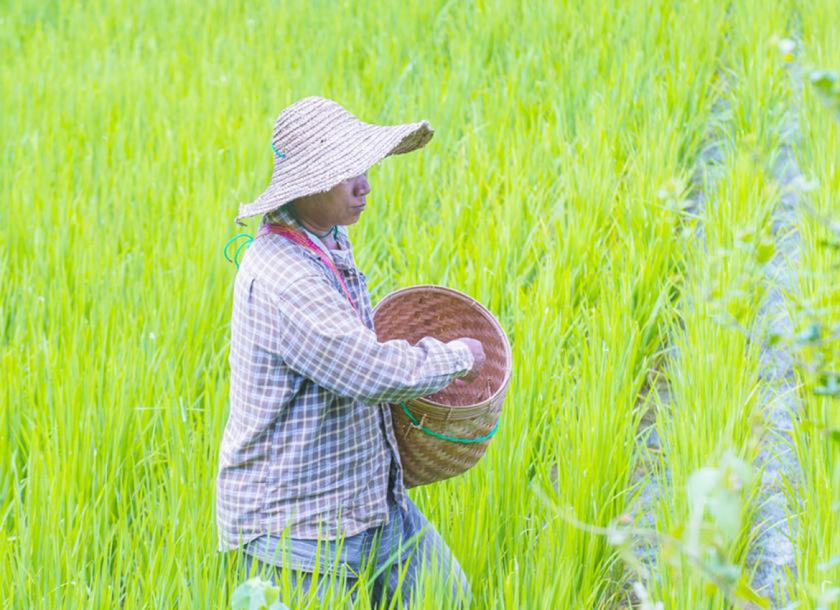 MADB to enable more farmers to receive funds by revising its group-based lending system
(1 May 2018) Moving away from the current group-based lending system, Myanmar Agriculture Development Bank (MADB) said they will start disbursing loans on an individual basis. The new system enables farmers to provide their own guarantees. This will be different from the old system, which provides loans to groups of three farmers who guarantee each other. Based on the old system, if two farmers in a group have not settled their dues, the one farmer in that group is unable to apply for fresh loan until the two pay off their debts. Currently borrowers also experienced delays in receiving loans and have to pay high interest rates under the two-step loan system, in which funds from Myanma Economic Bank are extended to borrowers. However, according to the Myanmar Union Minister for Planning and Finance U Kyaw Win, starting May, efforts will be made to lower interest rates at the MADB so that it is able to support the farmers in the country. He added that, arrangements are being made for interest rates to be reduced further by involving private banks in the processing of loan to borrowers. In 2017, the MADB, which was formerly under the Myanmar Ministry of Agriculture, Livestock and Irrigation (MOALI), was moved under the purview of the Myanmar Ministry of Planning and Finance (MOPF) by which under the supervision of the ministry, loans were given out to farmers at an interest rates of 8 percent per month.
Read More >

Myanmar launches its new Port Electronic Data Interchange (Port EDI) system to modernise its trade competitiveness
(1 May 2018) Myanma Port Authority, under the Myanmar Ministry of Transport and Communications inaugurated its Port Electronic Data Interchange (Port EDI) system on 30 April 2018. The execution of the new system was backed by the Japanese government and Japan International Cooperation Agency (JICA) since 2015. The adoption of Port EDI system will computerise the entire system and enhance the efficiency of trade and logistics in the coastal ports. The system consists of six system functions and system infrastructure in which the system functions provide the port clearance procedures system, berth allocation system, invoice issuing system, statistics management system, logistics monitoring system and terminal operation system. With the new systems, port-related procedures, collection of port charges, management of port statistics and terminal operation management handled by paperwork and rudimentary way of data processing can be replaced and streamlined with technology. Maritime trade for Myanmar accounts for 85 percent of its national trade and this reformation is essential in modernising Myanmar trade competitiveness.
Read More >

Yangon, Myanmar inks agreement with China to carry out necessary move for new city project
(2 May 2018) New Yangon Development Company (NYDC) signed a framework agreement with China Communications Construction Company (CCCC) under which two Chinese companies will carry out surveys and studies that is necessary to develop the new city project in Yangon. NYDC is supported by the Yangon Regional Government, while CCCC is one of the biggest international construction companies in the world. Partnership between NYDC and CCCC is expected to improve relationship between Myanmar and China and contribute to Myanmar’s GDP through the creation of jobs. Yangon Chief Minister U Phyo Min Thein said investors from China, South Korea and countries from ASEAN are keen on the project and they have received proposals to build two bridges, which provide access to the new city and also link the city with other main roads that connect with the rest of Yangon. Some prospective investors have also proposed to build new roads in the city, and a request to lease over 2,000 acres of land for development within the new city. The total area of New Yangon City, surrounding Phase 1 and Phase 2, will cover 1,500 square kilometers. Under Phase 1, NYDC will develop 20,000 acres of land west of central Yangon across from Kyeemyindaing into an urban industrial district. Meanwhile, Phase 2 will stretch across from Dala to the Gulf of Martaban. Infrastructure works related to Phase 1 of the New Yangon City project are expected to amount to a sum in excess of $1.5 billion.
Read More >

Myanmar Asia World Port Terminal invests in 14 new port equipments
(30 April 2018) Myanmar Asia World Port Terminal (AWPT) has invested in 14 new pieces of port equipment for its long-term port operations. This includes nine SANY Rubber Tyred Gantries, one Mobile Harbour Crane (MHC) from Konecranes Gottwald, two Reach Stackers (RS) and two Empty Container Handlers from SANY. AWPT, which is managed and operated by Asia World Port Management Company (AWPM), has managed almost up to 40 percent of the country’s total in 2017 and the terminal is preparing for a greater demand in the next few years. This is the single largest investment in technology AWPT has made in recent years. The new additions is expected to boost AWPT’s overall operating capacity by 33 percent and containers can be stacked up to 7 high as opposed to 5 high. Yangon Region has few international ports, namely AWPT, Hteetan Port Terminal, Myanmar Industrial Port, Ahlone International Port Terminal and Myanmar International Terminal Thilawa (MITT) by which in 2018, these ports total combine capacity generated over one million containers, which is more than 90 percent of the total capacity in Myanmar.
Read More >

Myanmar needs to create clear and transparent regulatory environment to attract investment
(28 April 2018) Myanmar’s ambition of becoming Asia’s last frontier market can only be realized if the government creates an explicit and transparent regulatory environment. According to the Oxford Business Group (OBG), if the Myanmar administration is able to come up with such an environment, more investors would come and invest in the country. In the “Business Barometer: OBG in ASEAN CEO Survey’, it was found that top executives from Myanmar were among the most downbeat about the domestic tax environment background. Similar to the perception of those from Vietnam, they were most unfavourable with the degree of business transparency in Myanmar. Myanmar must also take advantage of its position between two economic superpowers, China and India, without becoming too dependent to either. However, OBG noted that Myanmar is still on track to become the fastest-growing economy in ASEAN, despite some challenges.
Read More >