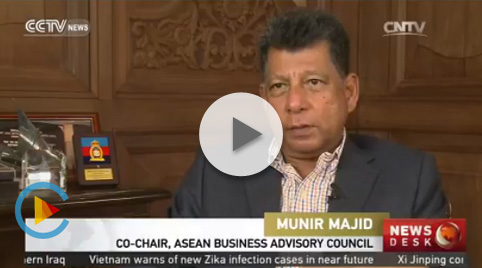 The ASEAN Economic Community was established in 2015 with the aim of creating a unified market and production base of more than 600 million people. The 10 Southeast Asian countries have made huge strides by eliminating nearly all tariffs. But there are still a number of so-called non-tariff barriers to trade and investment, and these are frustrating business people and preventing ASEAN from reaping the dividends of economic unity.

Non-tariff barriers include taxes imposed after goods are imported and restrictions on foreign ownership. They can result from the absence of uniform standards, requiring companies to get their products re-tested for each country. Or they can just be plain old red tape bogging down imports and exports. Whatever the cause, hundreds of them still impede trade and investment in ASEAN.

“The taxation, this is numbers. You can just reduce it. But non-tariff, it involves many agencies, it involves the customs, it involves the health, questions of packaging, each protecting, still liking to maintain or retain their powers and authority,” said Abdul Majid Khan, former ASEAN director general, Malaysia.

While ASEAN countries have slashed tariffs, non-tariff measures have increased by nearly a third since 2010, suggesting protectionism by other means.

“The World Trade Organization maintains that eliminating non-tariff barriers would actually do more to boost economic growth and bring benefits to the people than the removal of tariffs has done.”

ASEAN countries have set up a portal for companies and industry groups to report non-tariff barriers they run into.

And the ASEAN Business Council has got the region’s economic ministers to agree to focus on removing barriers in four key sectors: agrifoods, health care, logistics and retail.

“The economic ministers agreed they’ll concentrate on “we said ‘you talk about people-centric ASEAN. Let’s look at the sectors that affect people immediately,” said Munir Majid.

Munir says that only through drastically reducing non-tariff barriers will ASEAN countries – and their people — reap the full benefits of economic integration.