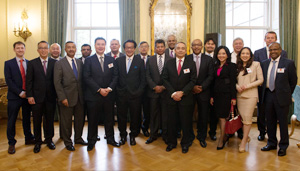 KUALA LUMPUR, 13th Oct – The ASEAN Business Club (ABC) led a high-level delegation for a visit to London to explore two-way investment opportunities between ASEAN and the UK. The highlights of the visit included a roundtable meeting with the Right Honourable the Lord O’Neill of Gatley, Commercial Secretary to the Treasury at the UK Prime Minister’s office at No. 10, Downing Street.

Lord O’Neill chaired the roundtable with discussions centered on economic prospects and growth projections of the UK, and the UK’s views on global economy given the slowdown in China’s economy. The panel also addressed the EU referendum due to be held before end-2017. The delegation comprised leading corporations from ASEAN, particularly Malaysia, such as CIMB Group, AirAsia, AirAsia X, Ayala Corporation, YTL Corporation, Malaysian Resources Corp Berhad, Amcorp Properties, SapuraKencana Petroleum and Astro.

Lord O’Neill said, “We are committed to building the Northern Powerhouse, and securing overseas investment into some of our most ambitious Northern projects is a crucial part of our plans. That’s why we are encouraging leading ASEAN businesses to seize the exciting investment opportunities here in the UK to support our key infrastructure developments, and help grow the economy.”

Earlier in the morning, the UK Secretary of State for Business, Innovation and Skills, Sajid Javid addressed the delegation at Asia House, at the UK-ASEAN Dialogue organised by Asia House in collaboration with CIMB ASEAN Research Institute and the ABC.

“ASEAN, home to 600 million people, is one of the fastest growing markets in the world. Here in the UK, as part of the EU, we offer access to a market of over 500 million. Between us we share access to a vast market, which offers new and exciting business opportunities,” said Sajid Javid. 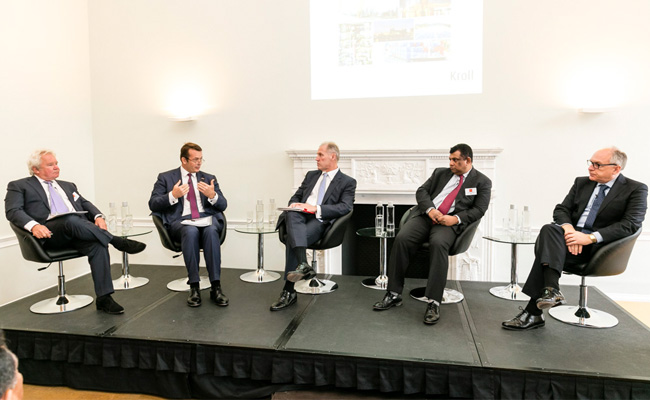 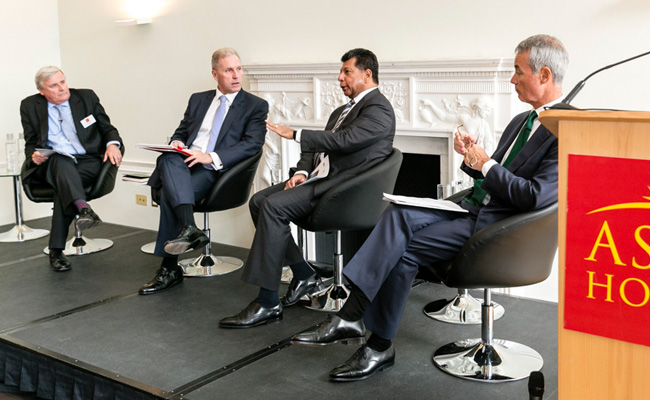 “ASEAN’s need in developing its infrastructure is enormous and unmistakable. The key to meeting this demand is for ASEAN to devise effective channels, either through debt or equity financing, for savings to flow to infrastructure projects. We should continue to explore the possibility of establishing Infrastructure Project Listing to meet the demand,” said Dr. Munir Majid while addressing the conference.

Also speaking at the conference, head of the visiting delegation, CIMB Group Chairman Dato’ Sri Nazir Razak believes the private sector can carve out a collective bottom-up approach towards integration to fill the gaps where government efforts fall short.

“Given considerable political uncertainties and economic headwinds, ASEAN must strengthen its resolve to continue with the economic integration. We believe the private sector should be encouraged to play a bigger role in the process, and this should include being entrusted with leadership roles in reviewing and reducing non-trade barriers in various sectors of the economy,” said Dato’ Sri Nazir. 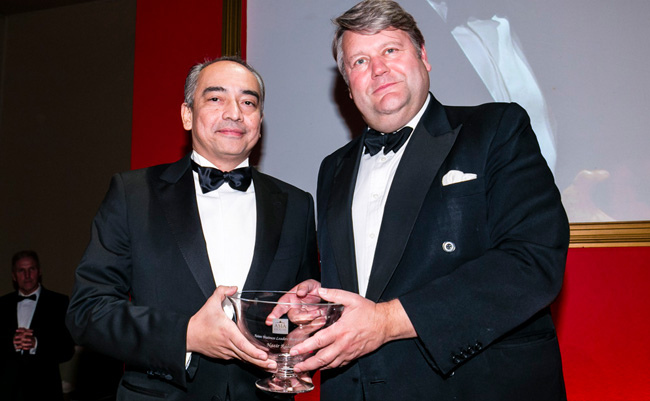 The visit of the ABC ended on a high note with Dato’ Sri Nazir being honoured with the prestigious Asian Business Leaders Award by Asia House in recognition of his achievements over the course of his 26-year tenure at CIMB Group. UK Minister of State for Foreign Affairs, the Right Honourable Hugo Swire gave the keynote speech at the Asian Business Awards Dinner. Past recipients of the award include luminaries such as Ho Ching, Executive Director and CEO of Temasek; Jack Ma, Chairman and Founder of Alibaba.com; and Ratan Tata, Chairman of Tata Group.