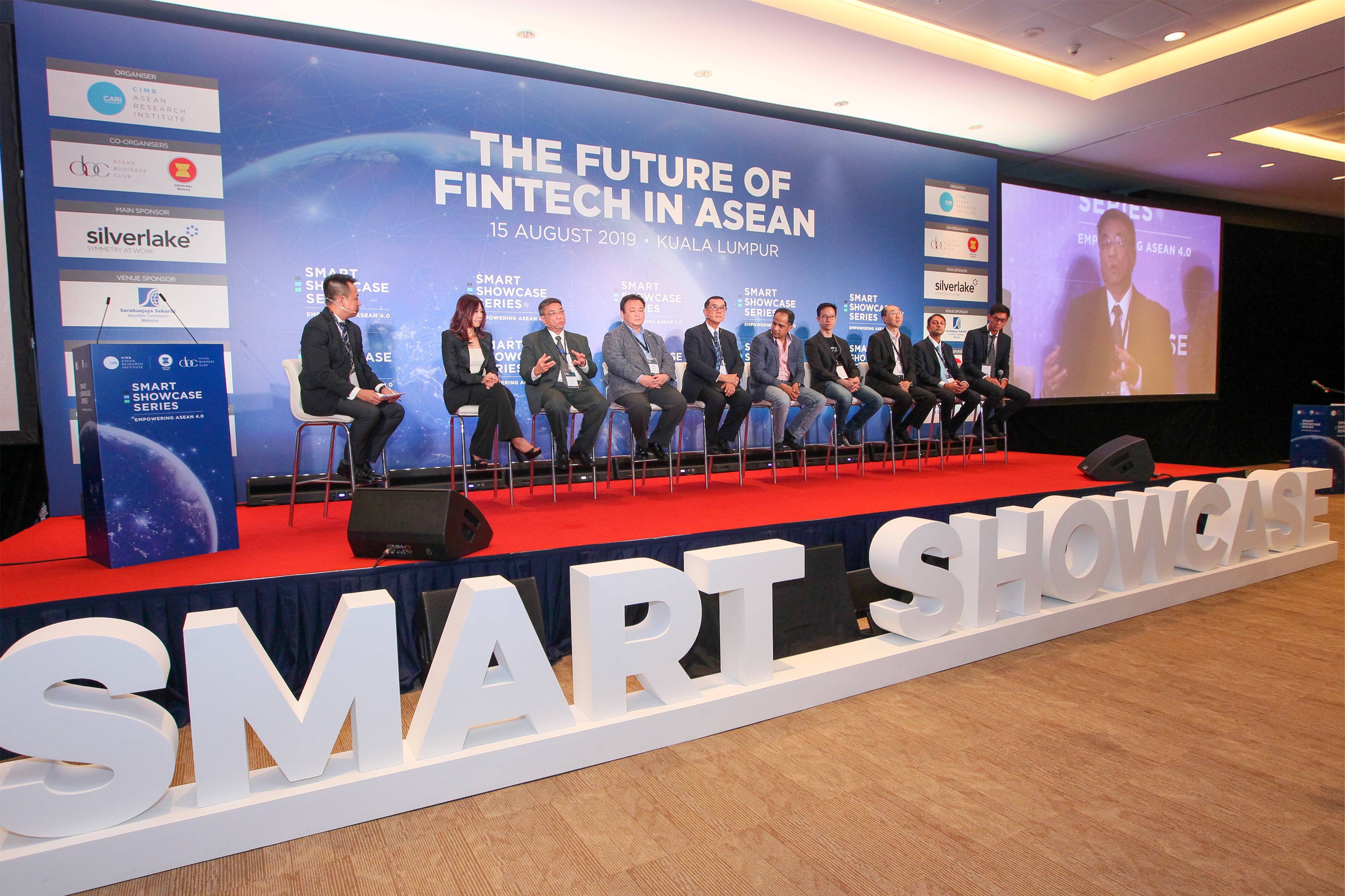 Kuala Lumpur, 15 August 2019 – Experts in both the public and private sectors all agreed that ASEAN stands to be at the forefront of the development of financial technology (Fintech) by making financial services and financing available to both the 53% of unbanked population and MSMEs in ASEAN, drawing opportunity from ASEAN’s above global average internet penetration rate of 63% and mobile connectivity at 132%.

However, there are regional and domestic gaps that hinder the growth of Fintech that must be addressed to yield maximum benefits for the peoples of ASEAN. These include upscaling human capital, enhancing broadband infrastructure at the home front, while harmonising policies to create a seamless ASEAN-wide digital economy.

These were some of the observations made during the first of the Smart Showcase Series organised by CIMB ASEAN Research Institute (CARI), which focused on the future of Fintech within ASEAN, supported by ASEAN-BAC Malaysia and the ASEAN Business Club. 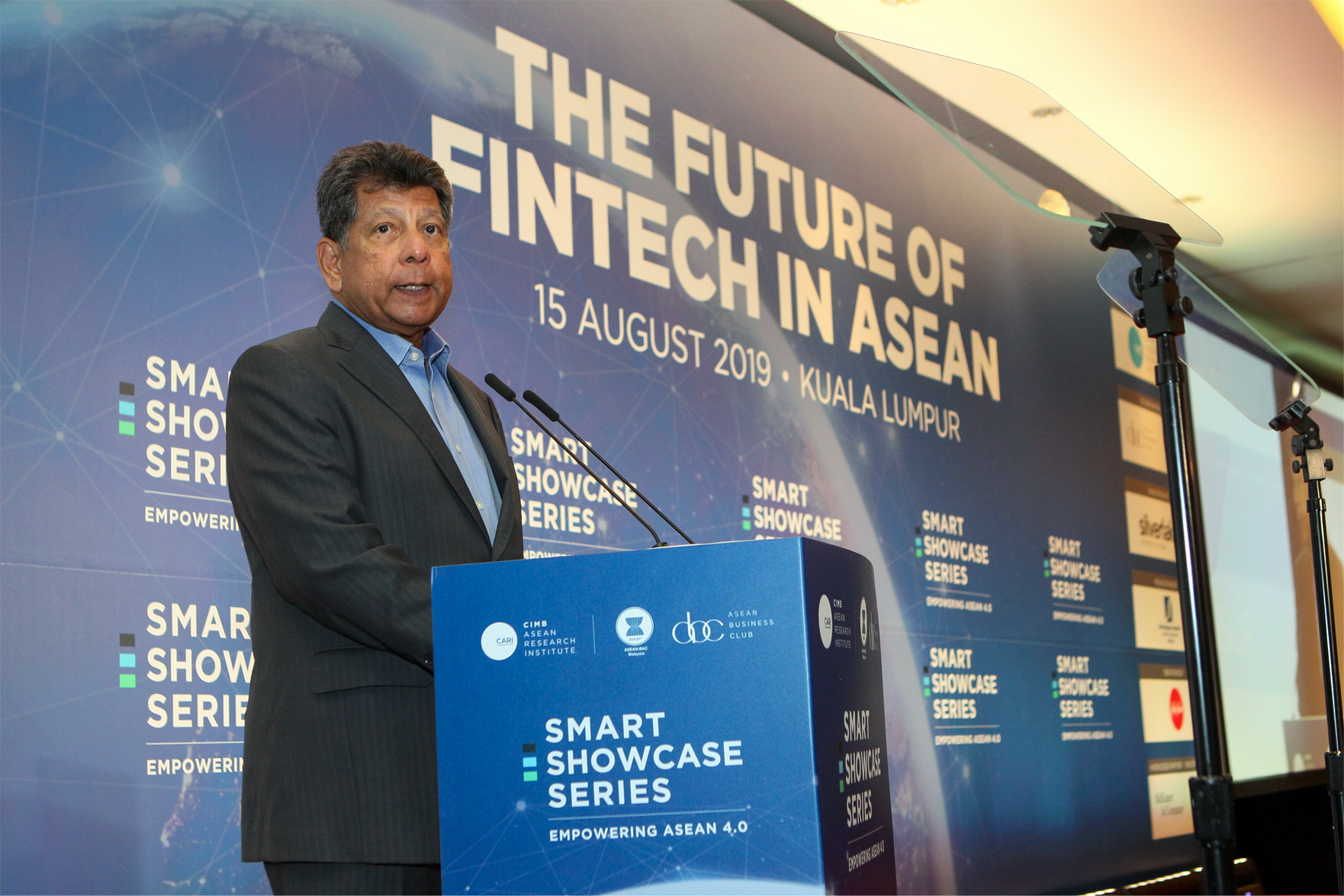 Tan Sri Munir Majid, Chairman of CARI, in his introductory remarks, highlighted that according to the Asian Development Bank, Fintech solutions could accelerate financial inclusion and boost GDP growth by 2-3% in markets such as Indonesia and the Philippines, and 6% in countries like Cambodia. For a population earning less than US$2 a day, this would translate to a 10% increased income for countries such as Indonesia and the Philippines, and a 30% in Cambodia, respectively1.

“Fintech will be able to mitigate the three main problems faced by MSMEs and the poorest unbanked households, namely the payment and transfer gap, the savings gap, and the credit gap. The reality is, however, that ASEAN is still at the nascent stage of development in the digital economy where a few countries are beginning to set up regulatory sandbox to pilot test Fintech ideas. ASEAN needs to catch up, not just in terms of technology, but also realising that unless it creates a region-wide ecosystem, the benefits would be less impactful,” said Tan Sri Munir who is also a member of the Economic Action Council chaired by Prime Minister Tun Dr. Mahathir. 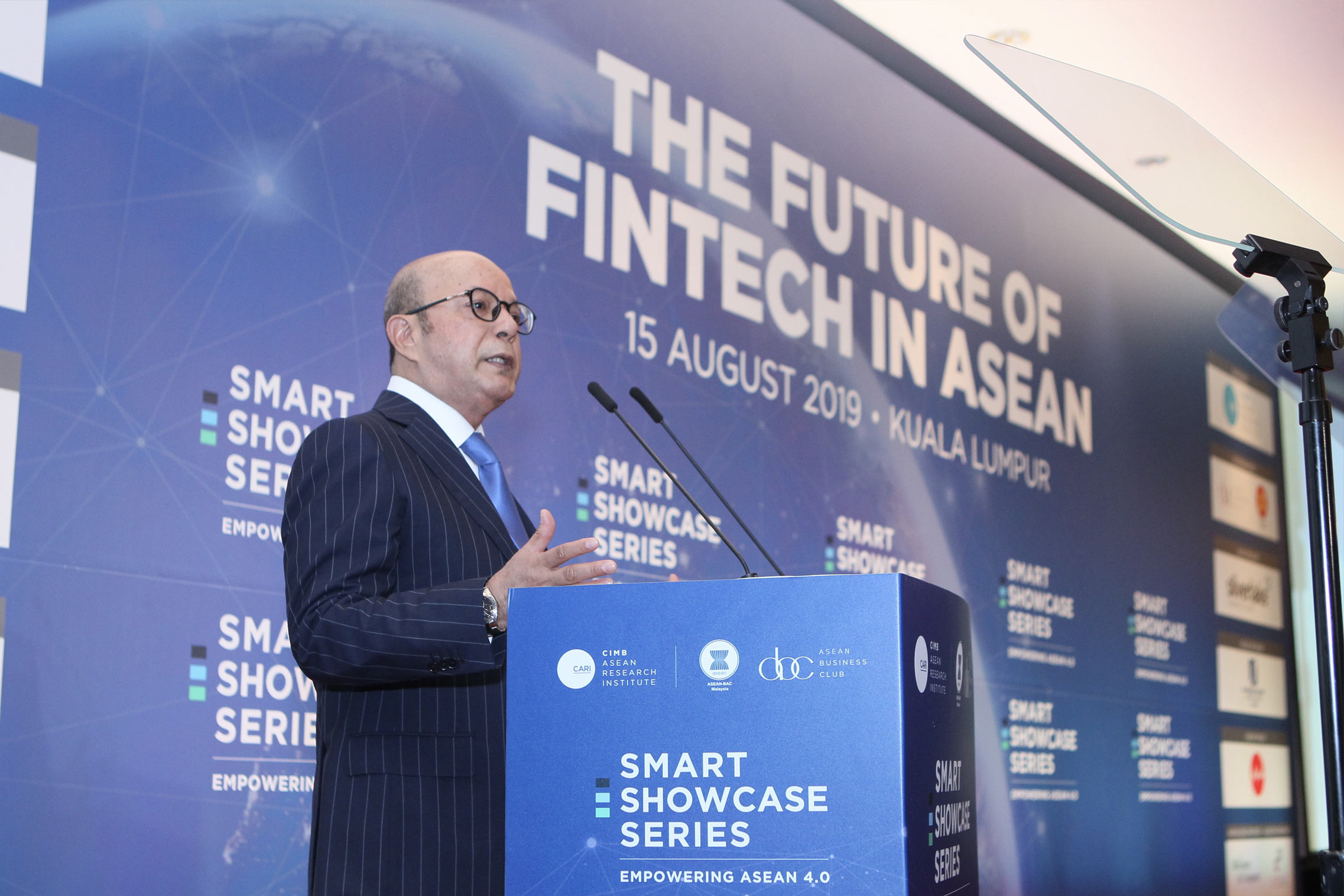 The opening keynote speech was given by Datuk Syed Zaid Albar, Chairman of the Securities Commission of Malaysia. He noted that from 2015 to June of this year, Malaysian equity crowdfunding (ECF) and peer-to-peer (P2P) financing platforms have collectively raised RM432 million, thus benefiting over 1,200 MSMEs. 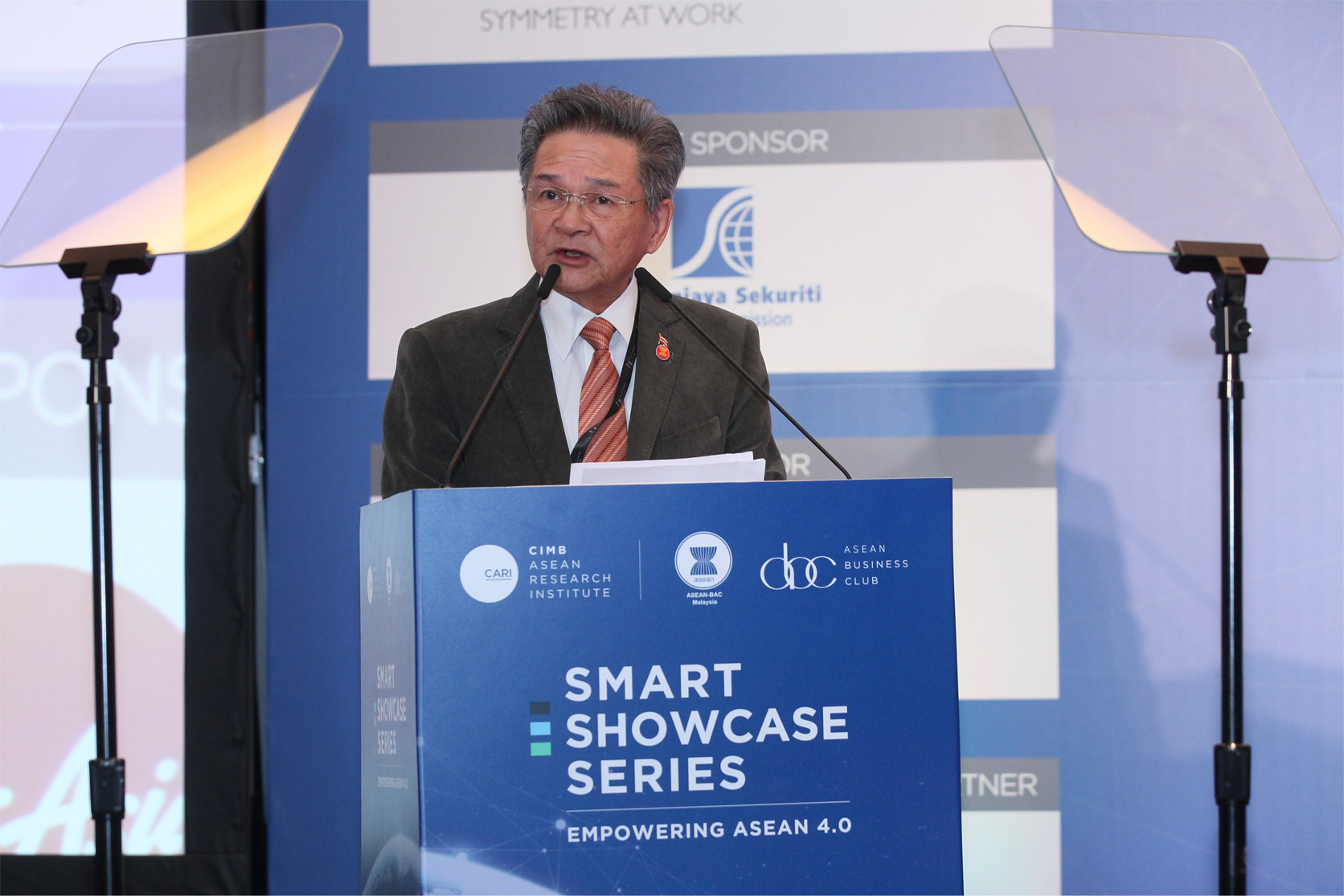 Khun Arin Jira, Chair of ASEAN BAC 2019, highlighted that ASEAN continues to draw investment into the Fintech sector given the region’s large population and projected GDP growth of over 5% from 2019-2023. He echoes the view of Fintech’s importance to the MSMEs as an alternative source of financing.

“Despite its economic importance, statistics show that 33% of MSMEs in ASEAN lack access to loans and line of credit, with these conditions being more acute in the Philippines where 50% of SMEs do not have access to formal loans. Current investment trend offers hope that Fintech could provide alternative access to finance for MSMEs in ASEAN,” said Khun Arin Jira.

In terms of empowering the MSMEs in cross border trade, there are currently efforts led by ASEAN-BAC Thailand to create an end-to-end B2B digital trade platform called National Digital Trade Platform (NDTP) in each country and make them interoperable with each other through the Regional Digital Trade Connectivity (RDTC) initiative. This would also complement the ASEAN Single Window which connects the National Single Window of ASEAN Member States. Currently, there are seven ASEAN countries joining the live operations, except Lao PDR, Myanmar and the Philippines.

“We are proposing an industry-led initiative to fully digitize the supply chain process from end-to-end backed by blockchain technology. Thus, it will enhance transparency and enable the highly secure sharing of information among trading partners. Most importantly, it should be able to help more SMEs participate in the cross border economy through higher efficiency, lower cost and time for international trade transactions, and to increase SME’s access to finance thus increasing their competitiveness,” said Khun Kobsak Duangdee, Secretary-General of Thai Bankers Association and Member of ASEAN-BAC Thailand. 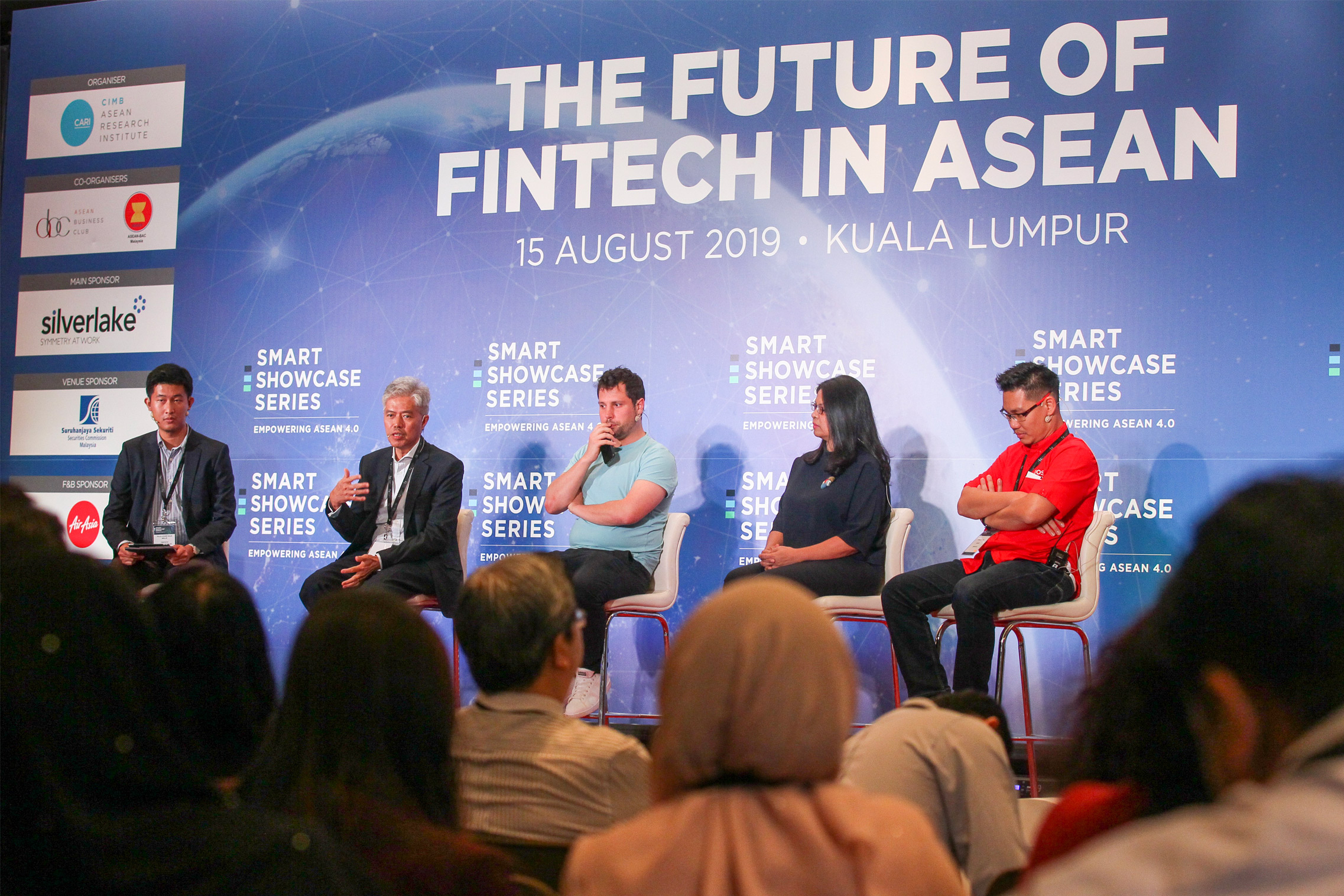 The event also hosted two ASEAN Roundtable Series. The first panel, discussing the opportunities for Fintech in ASEAN involved representatives from Fintech associations from Singapore, Thailand, and the Philippines. The second panel, concerning how ASEAN intends to migrate to a cashless and borderless ePayment ASEAN ecosystem involved speakers from the ASEAN Bankers Association, BigPay, Magpie.IM Inc, and Boost. 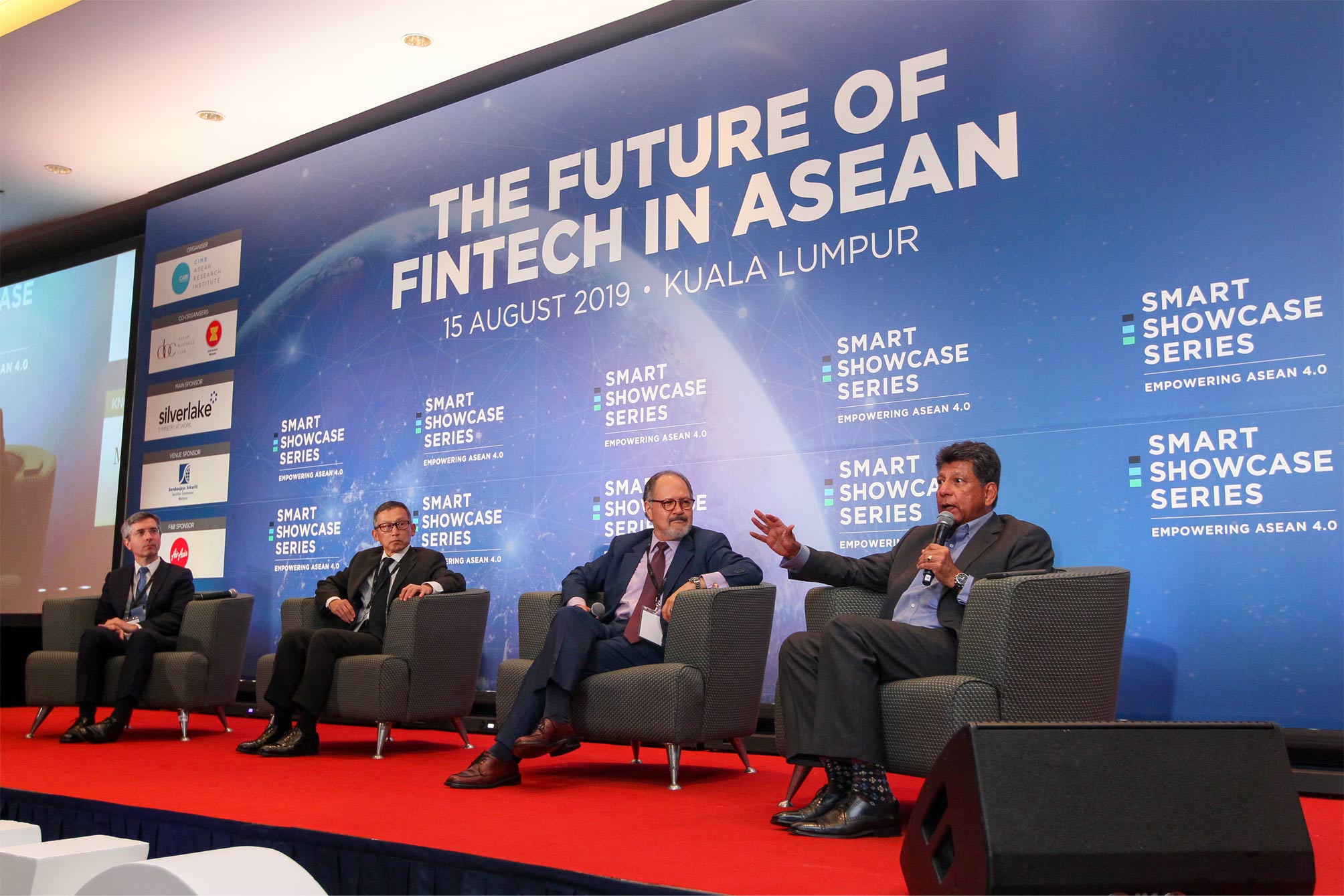 In the final session, ambassadors from Thailand, Mexico and France, shared with the audience the progress of Fintech in their respective countries as part of their larger embrace of the Fourth Industrial Revolution. 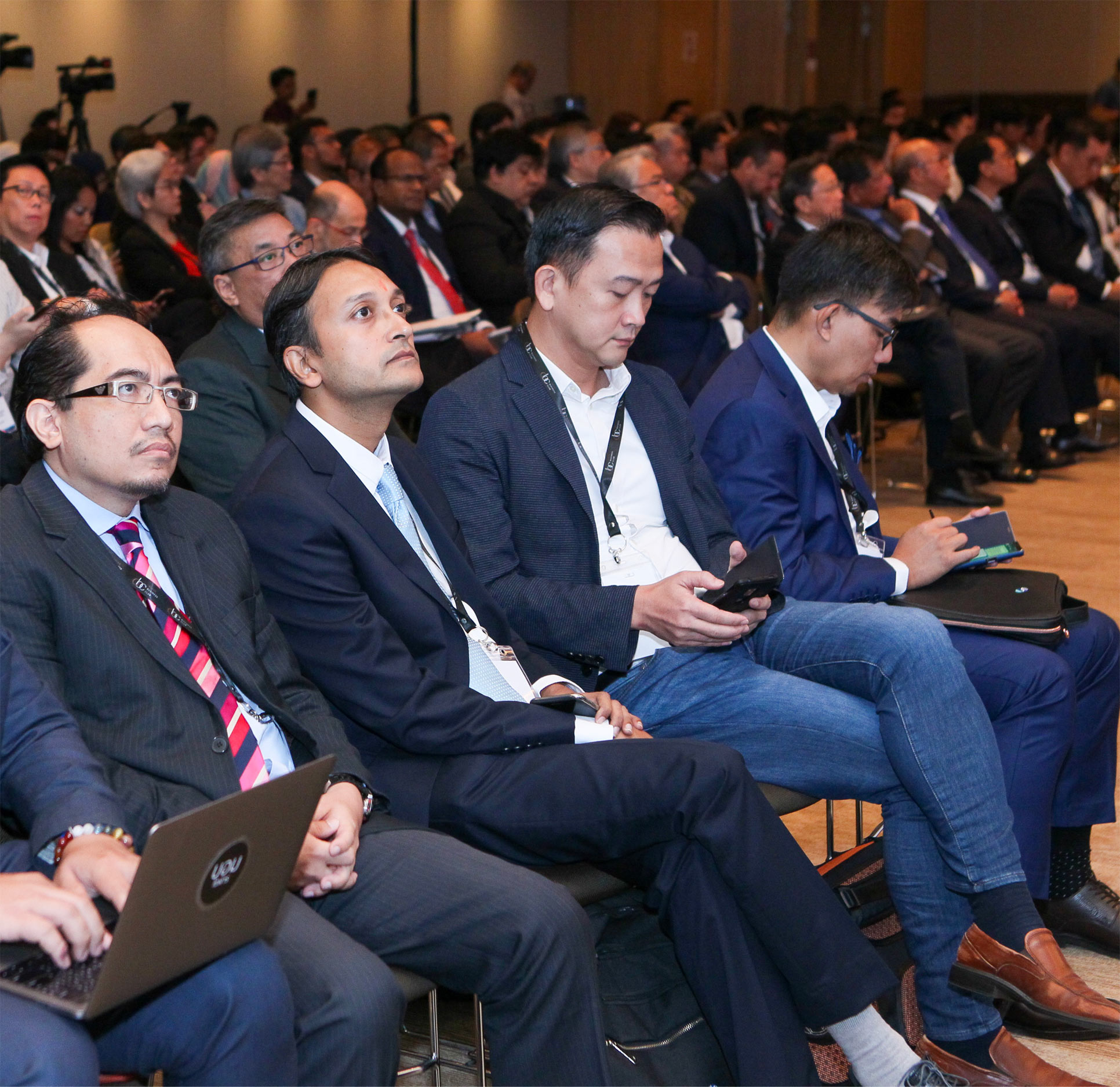 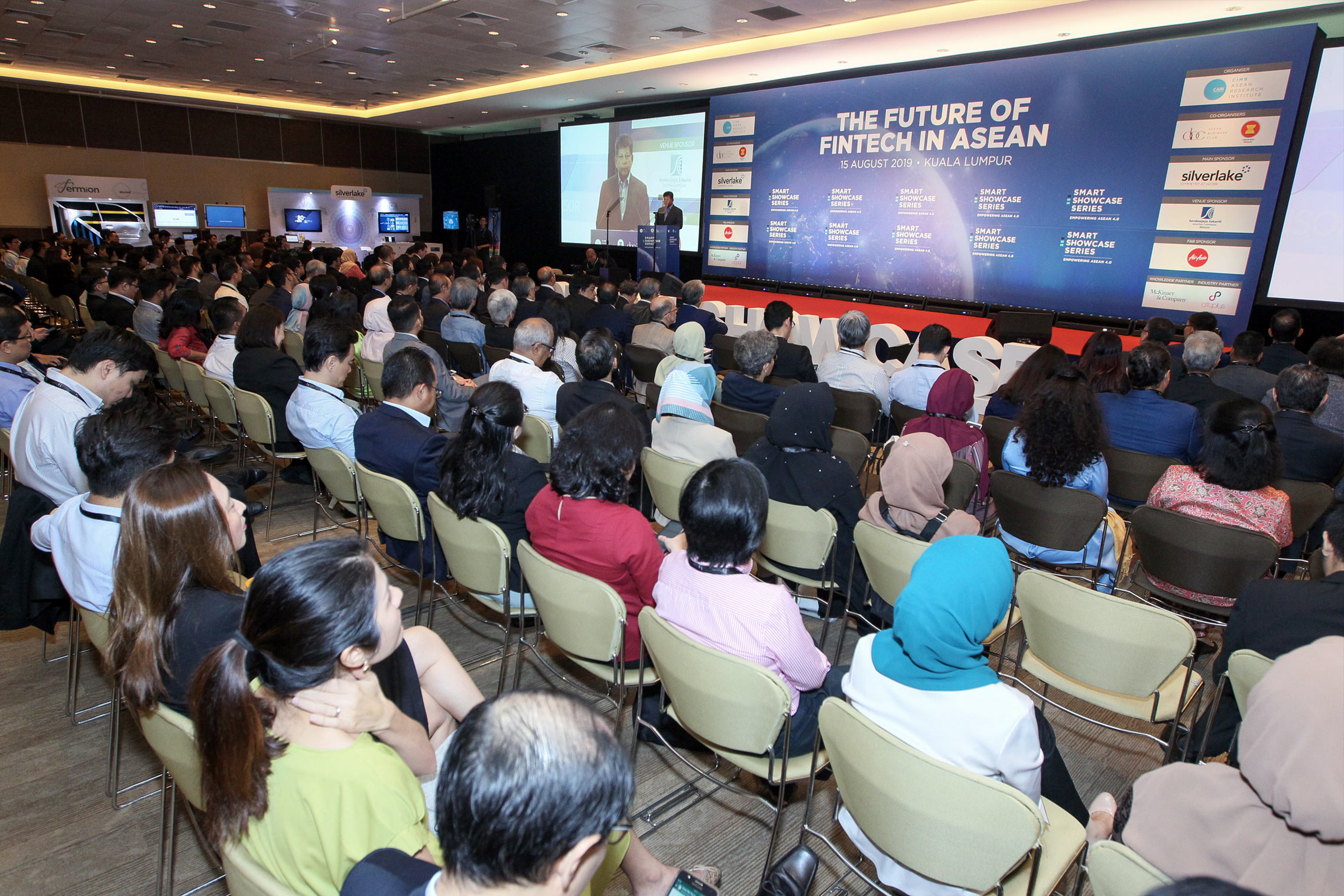