Home / News & Views / In The News / Press Release: Deputy Minister Dr. Ong Kian Ming: Malaysia is committed to multilateral trade pacts and ASEAN must demonstrate the collective political will to pursue shared prosperity through the acceleration of economic integration

Press Release: Deputy Minister Dr. Ong Kian Ming: Malaysia is committed to multilateral trade pacts and ASEAN must demonstrate the collective political will to pursue shared prosperity through the acceleration of economic integration

Deputy Minister Dr. Ong Kian Ming: Malaysia is committed to multilateral trade pacts and ASEAN must demonstrate the collective political will to pursue shared prosperity through the acceleration of economic integration 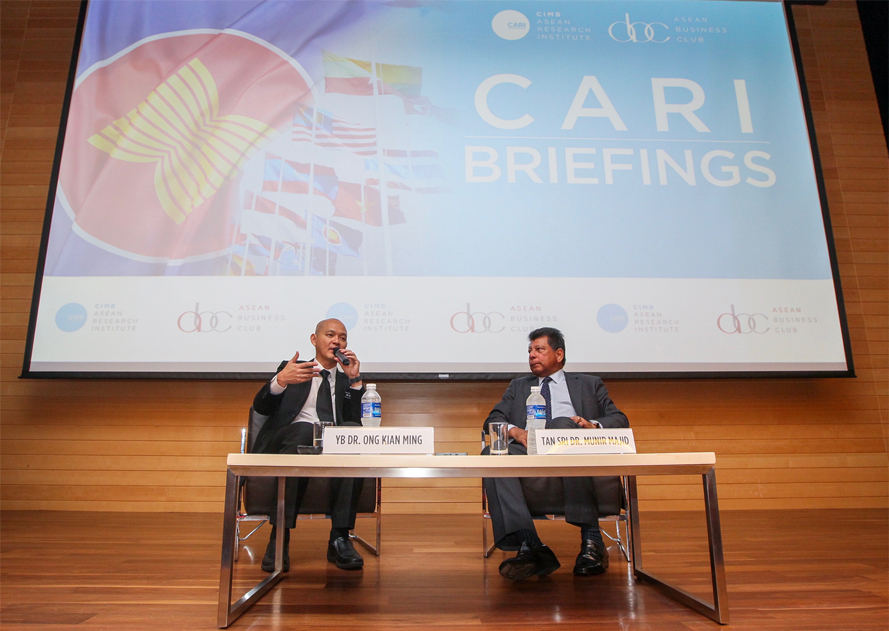 Kuala Lumpur, 11 March 2019 – Deputy Minister in the Ministry of International Trade and Industry of Malaysia, Dr. Ong Kian Ming, said that the present administration is committed to expediting the economic integration of ASEAN as laid down in the ASEAN Economic Community (AEC) Blueprint 2025. Despite the fiscal challenges facing the present Malaysian government, Dr. Ong says that Putrajaya remains committed to pursuing the integration agenda as it will deliver net gain for Malaysia and ASEAN.

Dr. Ong made these comments during an exclusive dialogue organised by CIMB ASEAN Research Institute (CARI) on the topic of “ASEAN Integration Outlook 2019”, chaired by Tan Sri Dr. Munir Majid, Chairman of CARI. Dr. Ong believes that despite considerable progress that has been made by ASEAN Member States in promoting integration, many integration gaps remain.

“The AEC is still very much a work-in-progress. ASEAN Member States (AMSs) are working on closing the existing gaps in standards and regulatory harmonisation but it takes strong collective political will to accelerate the effort in order to overcome these hurdles,” he says. “The incentive to lower down these barriers is clear – with increasing integration, ASEAN is set for growth as an economically competitive and attractive base for foreign direct investment (FDI),” said the deputy minister.

Dr. Ong opined that there is a greater need for economic collaboration among member countries today in view of continuing external uncertainties.

“ASEAN is highly trade-dependent and the ongoing trade war has certainly put pressure on ASEAN trade. Notwithstanding that, the ongoing trade war has also presented the region with potential economic gain due to the relocation of the supply chain from China. However, ASEAN may not fully reap the economic gain due to the lack of concerted effort to harness each AMSs’ comparative advantages to form a mega manufacturing hub” he said.

ASEAN’s total merchandise trade and total services trade in 2017 were valued at US$2.57 trillion and USD703.2 billion respectively.

The moderator for the dialogue session, Tan Sri Dr. Munir Majid agreed with Dr. Ong’s observations by noting that far too many restrictions remain with regards to creating a free and open market within ASEAN, and that as a strong proponent of ASEAN, he was heartened to hear that Malaysia continues to prioritise economic integration within ASEAN.

“Prospects for the ASEAN economies are outstanding. Some business surveys find the region to be the brightest economic spot in the world. Now ASEAN has to deliver its promise on the AEC and remove the many barriers that frustrate businesses in trade, investment and free movement of skilled labour. ASEAN should not be satisfied with being sub-optimal.” said Tan Sri Dr. Munir Majid.

The dialogue was part of the CARI Briefings organised by CARI. 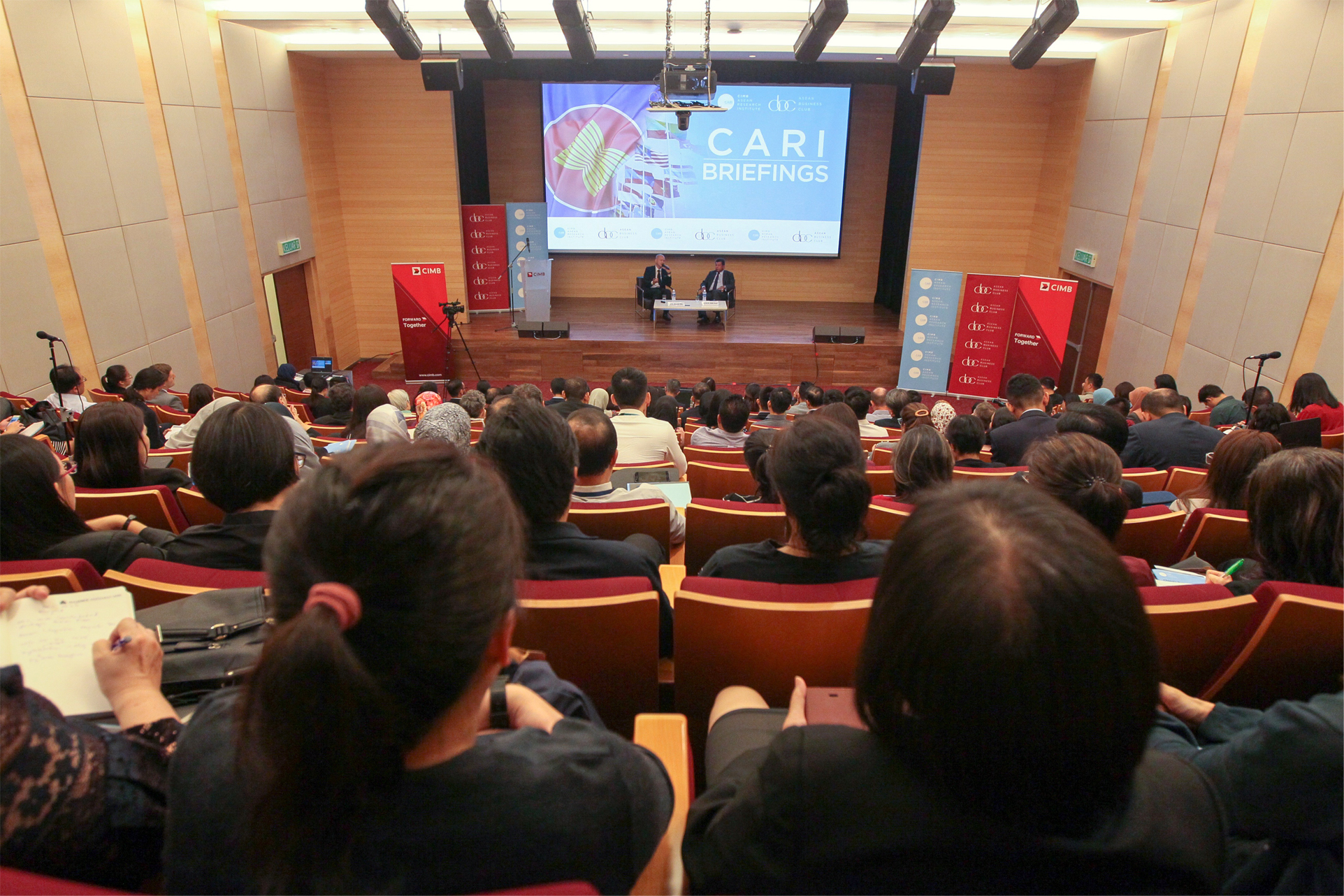