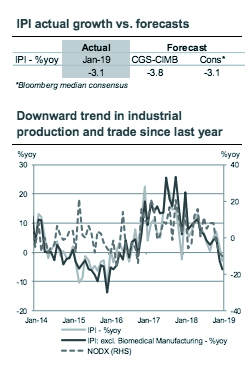 Drugs can’t kill the pain this time
While drugs had helped to prop up the manufacturing sector in recent months, the growth in biomedical manufacturing moderated to 10.0% yoy in January (+29.8% yoy in December). Pharmaceuticals output growth slowed to 13.5% yoy in January after a jump of 41.1% yoy in December as base effects overwhelmed the segment‟s 7.5% mom increase.

Tariff reprieve may not deflect from weakening external demand
On 25 February, President Donald Trump said the US would delay tariff increase from 10% to 25% on US$200bn of China imports due on 1 March, citing “substantial progress” in trade negotiations with China. Yet, a tariff reprieve may not provide a sufficient boost against waning growth momentum in advanced economies and China in the near term, which has resulted in Singapore manufacturers reducing inventory levels amid weakening order books. Hence, we maintain our GDP growth forecast of 2.6% in 2019F (+3.2% in 2018). 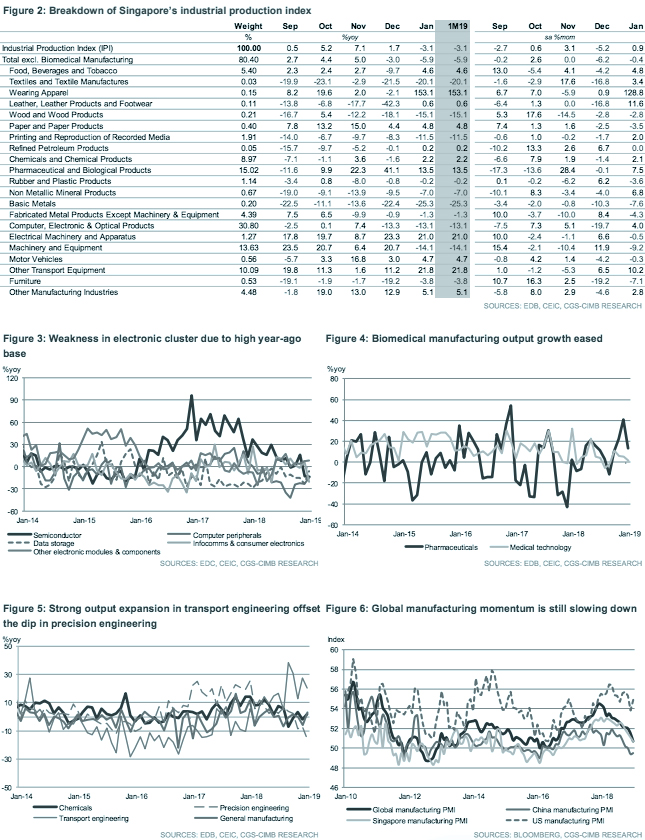 Originally published by CIMB Research and Economics on 26 February 2019.