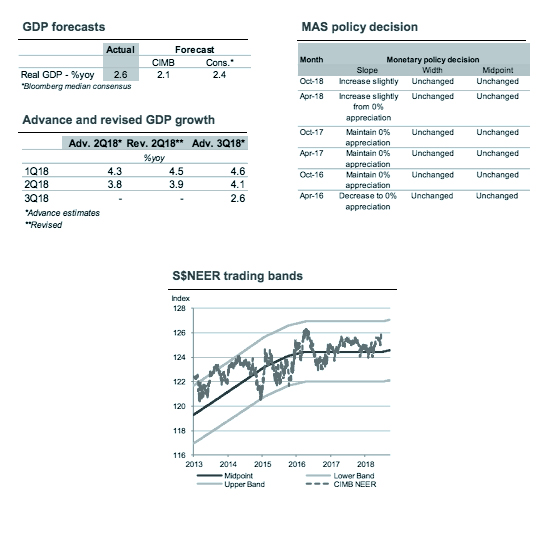 Policymakers remain upbeat over growth and inflation prospects
Heading into today’s decision, market expectations were split between maintaining the status quo and a tighter stance. We had anticipated an unchanged position given risks to the global outlook arising from the US-China trade dispute. However, MAS was upbeat that Singapore’s growth trajectory would keep “output slightly above potential”, putting “modest but continuing pressures” on core inflation. Policymakers expect GDP growth to moderate slightly in 2019F from this year’s “upper half of the 2.5-3.5% range” estimate, while forecasting core inflation to quicken to 1.5-2.5% in 2019F from 1.5-2.0% in 2018.

Slight bias for further policy tightening in April 2019F
We expect MAS’s next move to be data-dependent, and the positive tone struck in the policy statement on the outlook for economic growth and inflation suggests that policymakers retain an appetite for another slight increase in the S$NEER slope at the April 2019 policy review. CIMB Treasury and Markets Research have maintained their mildly positive view of USD/SGD, with forecast of 1.37 by end-2018F and 1.35 by mid2019F. 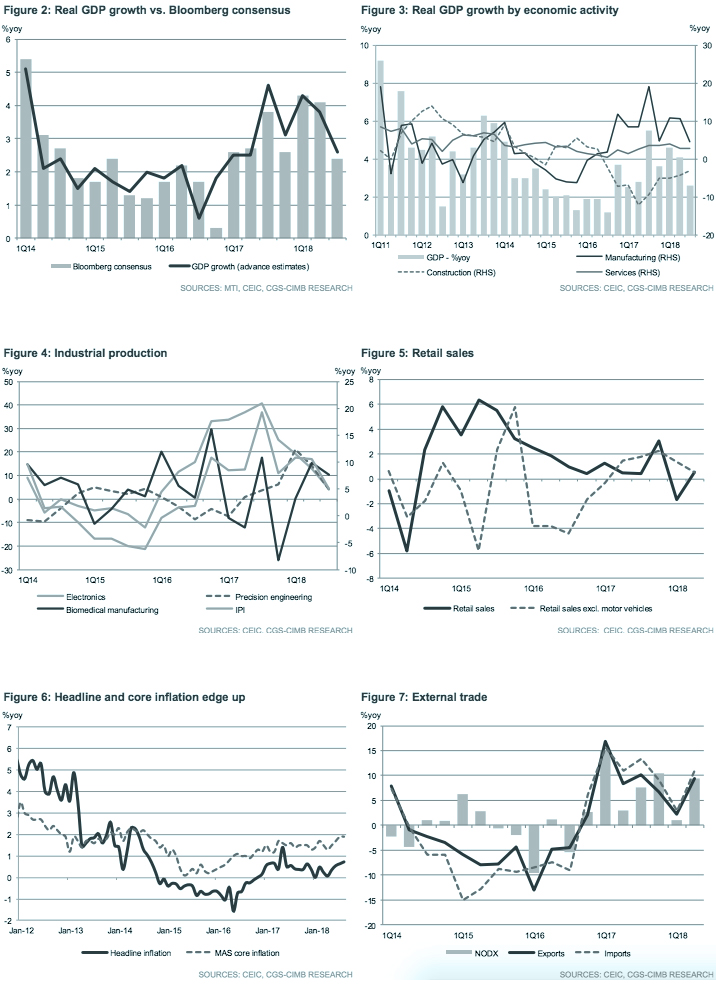 Originally published by CIMB Research and Economics on 17 October 2018.