Asia’s rise and the missing link 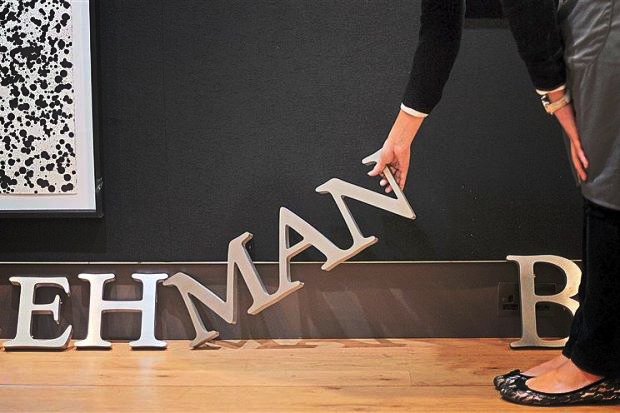 IN 2000, when the Chiangmai Mai Initiative (CMI) was first pronounced in the aftermath of the 1997-1998 Asian financial crisis, there was plenty of disquiet at this “parallel” arrangement to the International Monetary Fund (IMF). And this, which evolved into 16 bilateral currency swap arrangements by 2008, was designed purely as a defensive measure against speculative attack on regional currencies which caused so much havoc in the Asian crisis.

The then IMF managing director was roundly criticised for not opposing the CMI, even though he qualified his position by saying it was acceptable as long as it did not rival the Bretton Woods system and was complementary with the set-up centred on the global financial institution.

After the western financial crisis broke out in 2008 with the collapse of Lehman Brothers in the United States, the CMI member countries (China, Japan, South Korea and the 10 Asean members) decided to multilateralise the bilateral currency swap arrangements to be better able – but never completely – to face the magnitude of crisis portended by the biggest financial bankruptcy in corporate history.

Thus was born the CMIM (Chiangmai Initiative Multilateralisation), with a fund now of US$240bil to guard member countries against speculative currency attack – again, never enough, but still a statement of intent.

In 2011, the Asean+3 Macroeconomic Research Office (AMRO) was established in Singapore as a surveillance unit on member countries’ macro-economic and financial management that might come to seek currency support against speculative attack, rather like the IMF does across the globe.

And last month, on the sidelines of the annual World Bank-IMF meetings in Washington, AMRO was formally established as an international organisation, recognised in the Bretton Woods environment. With AMRO baptised in the suitable crucible of global finance, it can be concluded all opposition to CMIM is over and done with.

However, another cycle of opposition seems to have started at the end of last month when 21 Asian states signed in Beijing an MoU to set up the Asian Infrastructure Investment Bank (AIIB). This time the opposition was based on the contention AIIB would duplicate (read, challenge) the work of the World Bank and the ADB (Asian Development Bank).

Every Asean country signed the MoU except for Indonesia which missed out because of the change of administration in Jakarta, Indonesia. The new Indonesian finance minister has since stated that Indonesia would become a party, most probably at the APEC summit in Beijing early next week.

It is interesting to note how Western media were quick to wrongly report that Indonesia had not signed because of US pressure, and that India had not signed which it had. It shows how excitable many in the West get when China initiates something and when Western control of global finance is lessened, even if marginally.

Australia, South Korea and Japan stayed on the sidelines allegedly, on the one hand, because of pressure from the United States and, on the other, because they were not invited by China. The latter supposition has been shown to be without basis as China has invited every interested state – including the United States – to join.

As a result of power politics – and there is that, as objective or by implication – seen in all these moves, the simple fact of more observable benefit is not given due emphasis. Rather high and mighty points about whether the AIIB would observe high standards of transparency, environmental and social safeguards were made against it. This red herring is par for the course every time anything is done outside the Bretton Woods system and especially when China is involved.

The fact is there is a need for such a bank, even if it is a small beginning, with a proposed subscribed capital of US$50bil out of the authorised US$100bil. It is a start in a huge sea of infrastructure development needs in Asia estimated at US$8 trillion over the next decade to sustain economic growth.

The AIIB will be less than a third the size of the ADB which, at US$174bil, is itself in need of further capitalisation, but is stuck in divergent shareholder predispositions and been unable to do so.

In any case, both the ADB and the World Bank also look to finance other development projects than just infrastructure. So, what’s the beef?

It’s the politics. And the politics of global finance will more and more come to the fore as Asia, particularly China, rises economically. It is only natural. With Asia’s huge reserves and robust economic growth it must want to have a financial strategy to protect its economies against speculative predators and to provide for further development.

This has been the missing link in Asia’s rise which exposes it to the vagaries and intent implicit in the politics of global finance whose outcome can be just like that of physical warfare – devastated economies, huge unemployment, destroyed and devalued currencies and assets.

The strategy now seems to be to operate at the edges of the global financial system but it will certainly eat into the centre. That’s the beef.

In the aftermath of the 2008 Western financial crisis, low and double standards were exposed, and even if there was not sufficient contrition efforts were initiated to achieve better representation of more substantial Asian and other rising economies in the Bretton Woods institutions. But they have not made much progress mainly because of US opposition but also that of smaller European states which have greater voting weight than their present relative size merited.

The G-20 which was set up in that aftermath – which meets again in Brisbane this month – has turned out to be a sop. It has not made much headway in global macro-economic management or financial reform. It has turned out to be rather like a lengthened invitation list than the G-7 to a posh dinner.

Hence the BRICS (Brazil, Russia, India, China and South Africa – all of whom are members of the G-20), for instance, are setting up their own bank, now renamed New Development Bank, which will also have a contingency reserve arrangement (of US$100bil). The BRICS constitute 20% of the world economy but their voting weight in the Bretton Woods institutions is only 11%. They have a grouse. They need the extra cover: financial institutional support to grow their economies and protect their currencies.

These developments will continue as the centre of economic gravity shifts to the East. Whether there will be a happy ending in a reformed and refreshed Bretton Woods system, or a Washington-Beijing consensus, or some hybrid, depends very much on how the United States adjusts and on how China asserts. In other words, on the geopolitical settlement in a rather complex and dynamic global environment.

Meanwhile, other Asian countries would do well to remember the absolute importance of financial stock and financial flows for their real economies. Without some handle on financial firepower, their development can still be denied, their currencies made worthless and their economies devastated.