Taking the chair, not warming the seat 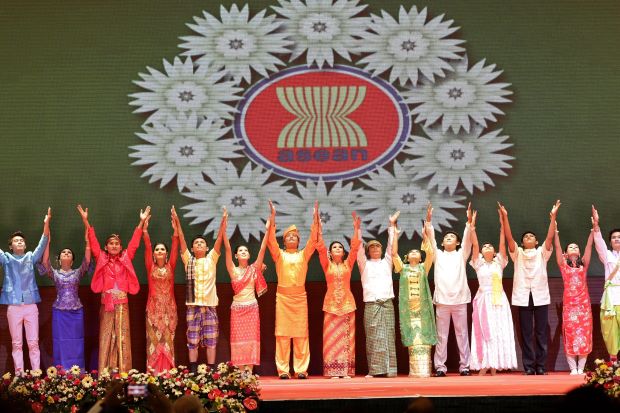 IT is apparent from a number of statements made by the Prime Minister and a buzz of activity that Malaysia will be taking the chair of Asean next year not just to warm the seat.

What is less apparent is a commitment to a clear articulation of a detailed plan for the next phase of Asean integration that truly reaches out to the people of the region which:

1) Addresses the shortfalls of the Asean integration process up to now; and

2) Visualises a People’s Asean that energises a feel good factor about regional getting together.

Call it “The Kuala Lumpur Commitment on the People’s Asean” if you like (as we have had the Bangkok Declaration, Kuala Lumpur Declaration on the Zone of Peace, Freedom and Neutrality, the Bali Concord etc), but the more important in its planning is to get input not just from government and officials, but also from the private sector and civil society.

This is critical. Input from the private sector and civil society and, their active involvement in the programmes and activities in the Asean community-building process.

The Prime Minister has said Malaysia will take stock of what has and has not been achieved against those blueprints on Asean integration: economic, political-security and socio-cultural. This is necessary but not sufficient. Sometimes these blueprints become something of a totem pole around which officials dance to interminable meetings. I have had a look for instance, at the 2015 calendar of meetings in respect of the economic agenda of Asean alone, and it is breath taking.

Yes, the stocktaking should take place, as should the meetings, to give guidance to what can be expected at the magical end of 2015, especially for businesses as they make their investment and expansion decisions. However businesses also operate in an environment of uncertainty and on the basis of prospect. We cannot be exact.

Already at the Asean summit in Myanmar last May, the CVLM (Cambodia, Vietnam, Laos and Myanmar) member states were accorded exemptions from zero tariffs for a number of “sensitive” items until 2018. And, some businessmen in these countries are reading this as their countries not becoming members of the AEC (Asean Economic Community) until 2018!

That’s how it goes. The guidance after taking stock can help reduce and mitigate risk. That is all. There will be slip-ups and push-back.

The prospect of a single Asean economy, however, remains awesome. That is why foreign multinationals have been busy all over the region to take advantage of Asean integration efforts, well ahead of Asean companies themselves, particularly the small and medium enterprises (SMEs) which form over 95% of enterprises in the region and employ 50%-85% of its workers.

The US-Asean Business Council, for instance, recognising both prospect and enterprise base is forming an alliance with the SMEs. Earlier this month the council organised a successful workshop with over 150 Asean SMEs – and they are running this effort up. What are the big Asean companies doing?

As we know, if Asean was one economy, at a GDP of US$2.4 trillion it would be the seventh largest in the world. On the basis of present growth rates it will be the fourth largest by 2030. It already has the world’s third largest population in aggregate, about 50% of whom are under 30. Asean would reap the demographic dividend even as an ageing population afflicts the major economies, including China. Asean is among the top in the world in the growth of the middle class, which will drive a huge consumer boom.

Little wonder then that the multinationals are circling round the Asean wagon. Asean companies, big and small, should pull their finger out and move faster to catch the Asean prospect. A survey by the Asean Business Advisory Council last year found only 39% of SMEs were aware of the promise of Asean economic integration. This is paltry.

You can only blame government for this poor level of awareness up to a point. You can only seek guidance on where Asean is at in the 2007-15 integration programmes after a fashion. In the end, bold business decisions must be made.

What Asean governments can do, however, is to deepen the integration process by truly reaching out to the people and to eschew some of the postures and predispositions of official-centric community-building process.

When Malaysia takes the chair next year, the theme is going to be a People-Centred Asean. Is this not clichéd, and has Asean – all that peace, stability and prosperity – not always been for the people, you might ask?

But never mind all that. At least there is clear purpose running into the post-2015 Asean world which gives a better sense to community-building than the blueprints of 2007 coming to the expiration of their shelf-life at the end of next year.

Malaysia should make Asean move to this People’s Asean, a more essential development than the programmatic political-security, economic and socio-cultural community pillars that will no doubt be continued as they fall short of target.

The People’s Asean should become the centrepiece of Asean just as Asean is Malaysia’s foreign policy. To what purpose, strategy and in whose interest?

The ultimate objective is the people’s interest as consumers and citizens. The Asean private sector should deliver better goods and services more efficiently in the more open Asean economy, but they want assurances it will be truly open, not just rhetorically. Hence they want guidance on where we are at the start of 2015 and where we will be at its end.

However, if they waited too long and for greater certainty, non-Asean companies coming into the regional market while it is only more or less integrated will trump them. Some of the first-mover advantages will be gone.

So they had better get a move on and, at the same time, join the public sector efforts to develop the AEC. This means communicating to the end-buyer – the people – the benefits they will miss if they allowed vested interests in their countries to block them.

If the people knew that air fares would come down if the whole of Asean adopted the Open Skies policy, would they not clamour for their government to adopt it? If they knew it would create more jobs, attract a larger number of tourists and add to their, and the national, income, would they not take on the vested interests that seek to deny them and their country these benefits?

Use the Asean secretariat to be the centre to communicate information on decisions already made by their leaders to the people of Asean. This should not stop at economic matters. Equally significant agreement on the environment or human rights should also be imparted.

Of course, it will be immediately said the secretariat is under-resourced to do these things. The answer is not reform of the secretariat, which will take like forever, but focused allocations by member states on a voluntary basis to finance high-impact projects.

The Prime Minister has said Malaysia is willing to make such voluntary contributions to the secretariat. It should encourage others to do so – but not for the money to go into the general budget to be gobbled up by the bureaucracy, but to be used to fund specific projects.

Indeed Malaysia should follow the Mao Zedong dictum of letting a hundred flowers bloom. Make a list of a hundred or more initiatives, not all through the secretariat, to reach the people of Asean, on Asean and about Asean, particularly using information technology and social media.

Not all such efforts need to use technology. Some simple things can truly reach the people’s hearts and minds. For instance, while there is still some sensitivity over fully visa-free travel in the region, is it so difficult to have an Asean line at airports and points of entry?

Many, many things can and need to be done. Sophisticated and simple things. Things that touch the lives of Aseans. Only then will they see its meaning. Malaysia should thoroughly prepare itself to have a real bash at it next year.