The return of China has been a key driver of global economic growth over the last decade. In building its roads, dams, rail networks, and cities, China became the world’s largest importer of commodities and now accounts for 57% of the annual global demand for iron ore and for 50% of copper. During 2000–2015, China accounted for nearly one-third of the world’s economic growth. Over the same period, exports to China increased dramatically from 3% to 9% of world exports and from 9% to 22% of Asian exports.

Today, the welfare of many regions depends in large part on China’s continued economic progress. With China projected to become the world’s biggest economy by 2030, the country’s size and integration into the global economy mean that its performance will likely affect many of the nations around it. At the same time, China’s economic reforms and rebalancing are likely to bring about growth dividends for both China and its trading partners, with larger medium-term benefits for Asian countries with a greater exposure to China than the rest of the world.

It is also realistic to assume that as the BRI takes shape, China will also likely increase its foreign direct investments (FDI) in BRI-related countries, making that correlation tighter as China becomes even more connected via transportation links with the rest of the world.

For instance, in 2013 Zhengzhou was one of 7 cities offering rail freight services to Hamburg, Duisberg and Madrid, amongst other cities. According to the Chinese Academy of Social Sciences, the number of rail links has since multiplied to 57, connecting 35 cities to 34 European cities in 12 countries. The next logical progression would be the increased use of the RMB in commercial transactions between these cities.

China’s outbound FDI increased sharply in 2015 and 2016, but the amount that is related directly to the BRI was relatively small. In 2016, China’s overseas investment was US$170bn, of which US$14.5bn was linked to the BRI. The government now expects an annual US$20–30bn in BRI-related investments in the next few years. Funding so far has been mainly from Chinese state banks, such as policy banks (China Development Bank, Export-Import Bank) and large state-owned banks. They have financed these projects as lenders to the Chinese companies that are making the investment.

Actual investment from multilateral institutions such as AIIB is still relatively small as these are newly established agencies. Also, they aim to follow international standards and identify good projects, a process that requires time. AIIB allocated less than US$2bn to BRI projects last year. Going forward, these organisations will no doubt try to increase their allocation. At the same time, efforts are also being made to try to bring capital markets into the initiative, as well as third party market funding, including the issue of infrastructure bonds to global investors. Required funding is expected to be so huge that any one country or group of institutions would want to diversify the risks.

BRI’s impact on the RMB

The short term trajectory of RMB is likely to be quite different from its long-term potential. With political rhetoric building up between the US and Chinese governments on the back of the simmering trade dispute between the world’s two biggest economies, the RMB is likely to be range-bound (moving within a relatively tight range) for the time being, with the possibility of a further weakening closer to 7.00 Yuan to the dollar. In fact, the RMB has weakened by around 4.5% this year versus the Dollar (from 6.50 at the start of 2018). The depreciation has occurred mainly since mid-June, when the exchange rate rose from around 6.40 to as high as 6.82 on the back of a more hawkish US Federal Reserve (which projected a faster rate hike path at its June meeting), poorer than expected Chinese economic data, and rising US-China trade tensions.

However, the RMB’s long term path is likely to be rather different, with the internationalization of RMB likely to gain further momentum as a result of the BRI. The use of the RMB in BRI-related transactions is still relatively low, at around 14% of total cross-border trading settlements, compared to the average of 23% for all cross-border trading settlements (according to the People’s Bank of China). China has expanded its bilateral local-currency swap agreements to 36 countries by June this year, 24 of which are BRI countries. The total amount of SWAP agreements reached RMB3.3tr.

The BRI is also likely to contribute significantly to the deepening liquidity pool of the RMB. The scale of funding required will mean accessing capital markets not just in the main G4 currencies (US Dollar, Euro, Yen, and British Pound) but also in the RMB. As China becomes an even greater power in international trade and investment, its currency is likely to grow accordingly in stature. BRI-related countries will accept and also make payments in RMB.

BRI aside, we believe RMB’s market share of international payments (see table 1) and global currency trades (FX turnover) (see table 2) is likely to climb from 2% today into the mid-single digits in upcoming years. With the current equity and bond connect schemes that permit larger two-way flows in and out various onshore asset channels, we should see a first step up over the next three years, but it’s too early to give a percentage at this stage. The potential increase in market share is likely to be nonlinear.

If the BRI progresses very well, that share could rise to around 10% in 10 years. A 10% market share estimate should not be seen as a ceiling. It is less than what we normally see for key G10 currencies relative to their economic size (GDP) (see Table 1 for comparison). Using share of global GDP as a reference, a share as high as 15% is justified for the CNY. Thus, higher market share levels for China are possible over time, especially with a successful implementation of the BRI, but this would require a full open capital account allowing more foreign investment and ownership in China.

Considering how much of the market is concentrated in a few currencies, it will be interesting to see from where most of the market share losses will come from–likely from the Dollar and Euro. That said, a much bigger international currency market in the future (i.e. additional trading volume and not just shifting existing volume) also suggests that smaller currencies could see a reduction in volume. But of course, the CNY has a long journey to travel before it can contend for true global reserve status with the Dollar.

The BRI affects the Asian economies and investors both directly and indirectly.

One of the direct consequences is China’s companies and banks issuing more bonds to fund BRI investment, which could limit improvements in the value of the bonds issued by them. Issuers that are deemed crucial to the successful execution of the BRI could become more strategically important to the Chinese government, and become more likely to be supported (see below).

For other participating countries in Asia, the implications are largely indirect. Increased levels of FDIs are likely to improve external positions and growth prospects of these countries, which could lead to stronger sovereign credit profiles (i.e. the ability of the country to borrow).

The implications of the BRI on offshore Chinese credit issuers are twofold. First, the supply of US Dollar bonds is likely to increase. Although funding from the China Development Bank and other Chinese-led regional financial institutions is made available for BRI projects, companies are responsible for raising their own capital to fund the equity portion of the projects. Chinese financial institutions are also more likely to tap the Dollar bond market to finance offshore lending.

As of end of August 2017, Chinese companies had issued a record high US$127bn of Dollar-denominated bonds, accounting for almost two-thirds of the total issuance (US$194bn) in Asia. In comparison, in 2016 just US$175bn US Dollar bonds were issued worldwide. As a result of the BRI, Chinese issuers are likely to continue dominating the offshore Dollar bond market, and we expect total supply to hit record highs in 2017.

Second, the strategic importance of companies involved in BRI projects is likely to increase. This could be more pronounced for SOEs that are currently proactively pursuing BRI initiatives, but which may not enjoy dominant market shares domestically. Second-tier or regionally-focused SOEs involved in steel production and construction which can demonstrate clear overseas expansion plans in line with the government’s BRI strategy are more likely to be supported. Such support could be in the form of long-term funding from Chinese financial institutions.

The risk is that due to a strong political motivation to show support for the government’s initiative, BRI projects could be undertaken even if they are not very viable commercially. As a result, these projects could be more prone to failure in the face of lower-than-expected returns. 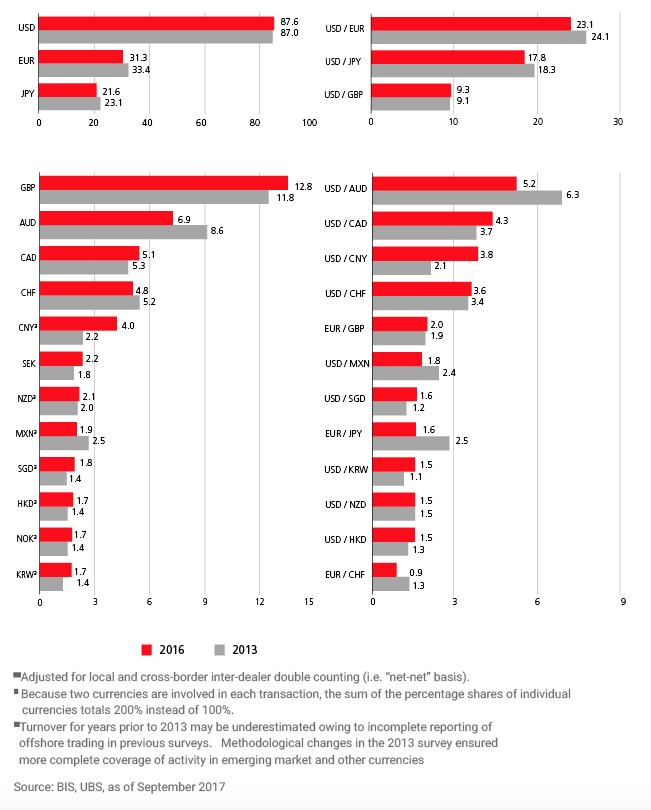 In Asia, we believe countries such as Indonesia and Sri Lanka could be beneficiaries. For Indonesia, the BRI presents opportunities to seek much-needed infrastructure development in the country. For smaller frontier economies such as Sri Lanka, the impact could be even greater. For example, the country recently sold its port in Hambantota to China Merchants Group for slightly over US$1bn. This is substantial for a country with a current account deficit of US$1.9bn in 2016 and only US$5.7bn of foreign exchange reserves as of July 2017.

For local currency bond markets, we believe the benefits would largely stem from improved outlooks for the currencies. For instance, we could see more inflows into Indonesia’s local bond market if offshore investors consider the Indonesian rupiah to be more stable.

China’s BRI covers an aggregate population of 4.5bn people or 63% of the world population, with a total economic output of US$27.5trn or 35% of the global GDP (2015). It has created a buzz because it is bringing much needed infrastructure investments to a region that has been starved of any form of modern transportation infrastructure. Through a combination of railway links and maritime sea routes, President Xi aims to blur the boundaries between Asia and Europe, drawing the consumption power of Europe, and the resource rich Central Asian and Southeast Asian countries nearer to China, the “Middle Kingdom”.

With a population of 1.4bn highly entrepreneurial people, a stable China will be a prosperous China. And if the country is stable and prosperous, it is inevitable that it will not just be an Asian superpower; its presence will be keenly felt on the global stage too.

As the US retreats and becomes increasingly isolated under President Donald Trump, the Chinese are starting to assume leadership on the global stage on matters such as climate change and free trade, which were formerly the domain of the West. This would have been unthinkable just five years ago. As such, although the RMB is going through a period of volatility right now as a result of the ongoing trade dispute with the US, the RMB’s long term path is likely to be rather different, with its internationalization not only inevitable, but likely to gain further momentum as a result of the BRI. 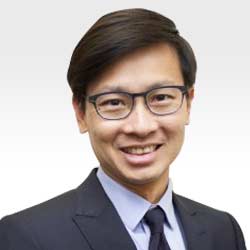