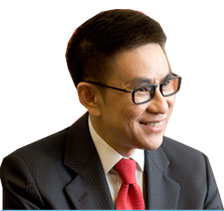 Trade liberalisation in ASEAN began with the ASEAN Free Trade Area (AFTA) in 1992. AFTA gradually reduce tariff barriers between member countries in order to increase the region’s competitive advantage as a production base for the world market.

At the 9th ASEAN Summit in 2003, ASEAN leaders adopted the Bali Concord II, which endorsed the ASEAN Economic Community Blueprint. The blueprint is a roadmap for achieving economic integration under four pillars of creating a single market and production base, a highly competitive region, equitable development and integration into the global economy by the end of 2015.

As the process of economic integration continues businesses in ASEAN and around the world have become more interested in the AEC, what it entails and how it will affect their industries as challenges and competition emerge and opportunities for cooperation are discovered.

The AEC Lecture aims to give participants a deeper understanding of the policies in the ASEAN Economic Community Blueprint. Armed with greater awareness, participants will be better prepared for the new economic and business landscape.

The AEC will establish ASEAN as a single market and production base making the region more dynamic and competitive with new mechanisms and measures to strengthen the implementation of its existing economic initiatives; accelerating regional integration in the priority sectors; facilitating movement of business persons, skilled labour and strengthening the institutional mechanisms of ASEAN.

Speakers at the AEC Lecture will have been directly involved with the formulation of the AEC and also include practitioners from the private sector world who have taken their businesses regional to share their knowledge and experience.