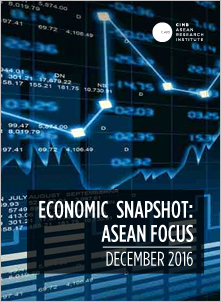 The good news is that ASEAN economies have worked on improving their buffers against external vulnerabilities through the accumulation of foreign exchange reserves, well-capitalised banking systems, macro-prudential curbs to contain the build-up of financial imbalances as well as fiscal and structural reforms. Expect 2018 to be a year of transition for ASEAN, as domestic engines of growth take the reins from external drivers. 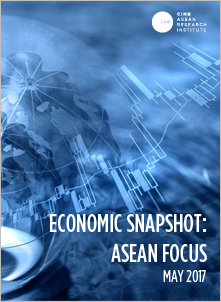 Since January the markets have started rolling back reflation expectations with various financial prices starting to head back to where they were before the US elections. The two most common explanations for the pullback are: (1) markets have become increasingly skeptical of just how much of Mr Trump’s economic agenda will actually come to pass; and (2) the familiar “risk-on, risk-off” phenomena, with the markets being in a risk-on phase resulting in capital flows to emerging markets. But, could they also be signaling a lack of confidence in the global growth outlook? What matters for ASEAN is global trade and any bullish case, based on data prints from the past few months, is in reality an accidental bear case. 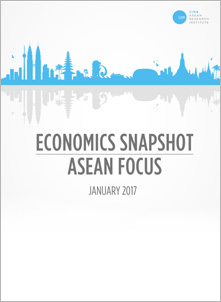 The external environment for Asia is stabilizing but remains risky. Europe and Japan are likely to grow near trend and also unlikely to have significant changes in policy. Their impact on Asia is neutral. China poses a risk, especially on its currency and continues to be a drag on export demand as it slows, rebalances, and on-shores production of materials it used to import. The US provides a wild card. As matters stand, it appears to be returning to trend growth of close to 2%. Consumption is driving growth but the import intensive part of growth for Asia – business, in particular equipment, investment, is a 2H17 story at best. Will the ASEAN export stabilize? Is the interest rate cutting cycle over in Indonesia and Malaysia? What role will fiscal policy play? 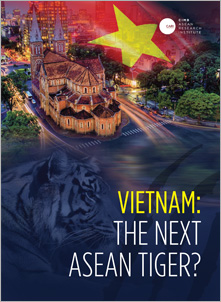 Vietnam: The Next ASEAN Tiger?

The report covers the recent economic history of Vietnam, followed by an analysis of its strengths in the medium term and ending with the economic outlook for Vietnam for 2017-2018.

Vietnam is no ordinary growth story and has strong potential to be the next ASEAN Tiger. For two decades after the economic reforms started in 1986, Vietnam’s per capita income growth was near to 6.5% a year and came close to the performance of China’s growth post its economic liberalisation. The impact of the Global Financial Crisis of 2008 slowed things down in the short term. However, Vietnam’s potential to be a great growth story over the next decade is back in focus. What Vietnam does need to do to achieve this? What are the potential drivers of its growth? 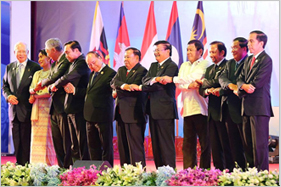 The theme for the 28th ASEAN Summit under Lao PDR’s chairmanship was “Turning Vision Into Reality For A Dynamic ASEAN Community” as ASEAN begins first year journey in ASEAN Community building. 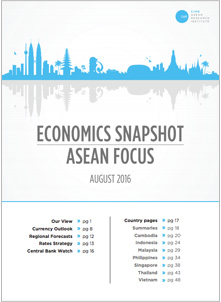 Full report on developments in the global economy and its impact on major ASEAN economies. With low prospect of global growth in the immediate term – have we entered a period of secular stagnation? What are the risks to ASEAN economies and will policy rates to go lower?

The ASEAN Economic Community (AEC): The Status of Implementation, Challenges and Bottlenecks

The report was produced aims to provide an unbiased assessment of the current status and main hurdles leading up to achieving the AEC by 2015. Professor Dr. Jorn Dosch, the principal author of the report and Senior Fellow of CARI, stated that the nonbinding nature of agreements is one of the key obstacles in implementing the AEC by 2015. Professor Jorn warned that without the commitment to ASEAN policies from nations the AEC may not be achievable by its ambitious 2015 deadline. Other takeaways include that the scorecard mechanism currently used to track progress of the AEC implementation is hampered by political bias in the data provided by the ASEAN member states.

Is ASEAN losing out in the Myanmar investment race?

Since the start of the democratic reforms and economic opening in 2011, Myanmar and the international community have been anticipating the onset of an investment race. Although Myanmar has received dozens of business delegations in the past two years, most investors have until now adopted a wait-and see attitude. Investment in 2012 was significantly lower than in the two previous years.

CARI Research analyst, Soley Ómarsdóttir, takes a look at who is in the race.

The 21st ASEAN Summit and The East Asia Summit

From 18-20 November 2012, leaders of the ten ASEAN countries and eight of their dialogue partners arrived in Phnom Penh, Cambodia for the 7th East Asia Summit (EAS).

This CARI Captures Special Report encapsulates the agreements and contentious issues that were discussed at these meetings between ASEAN leaders and their partners over the course of the Summit. It also synthesises the substance of state visits by US President Obama and Chinese Premier Wen Jiabao to the ASEAN countries.

Myanmar is emerging from frives decades of isolation. With its rich natural resources and strategic location, the country shows good potential for growth. This CARI report examines Myanmar’s trade and investment in detail.

A series which attempts to provide a detailed analysis on the ASEAN Economic Community (AEC) Blueprint 2025.

Assists the private sector understand, prepare and make informed decision about the AEC