Ms Alpana Roy oversees the ASEAN Division in the Ministry of Trade and Industry (MTI) and is Singapore’s Senior Economic Official to ASEAN. Prior to her appointment as Director (ASEAN), Alpana was Deputy Director for ASEAN, Southeast Asia, and Counsellor (Economic) at the Embassy of Singapore in Washington D C. She has been responsible for advancing Singapore’s economic relations with the Americas, Southeast Asia, ASEAN and the Asia Pacific Economic Cooperation (APEC). Alpana has also been involved in the negotiation, implementation and review of Singapore’s Free Trade Agreement (FTAs) with the United States, Panama, Peru, Costa Rica and the TransPacific Strategic Economic Partnership (P4). In ASEAN, she oversees internal integration issues, ASEAN’s ties with external partners and was the Chief Negotiator for ASEAN’s FTAs with Hong Kong and Japan, as well as the upgrade of the ASEAN-China FTA. Alpana is also the Deputy Chief Negotiator for the Regional Comprehensive Economic Partnership Alpana’s past work experience includes heading the Emerging Markets team in Singapore’s national trade promotion agency (International Enterprise Singapore, now known as Enterprise Singapore). She also served as a Foreign Service official at the Ministry of Foreign Affairs.

Tan Sri Datuk Rebecca Fatima Sta Maria is the executive director of the APEC Secretariat based in Singapore, which serves as advisory body, implementation arm and custodian of institutional memory for the 21 member economies that make up the APEC forum. Dr Sta Maria was a top-level Malaysian civil servant, trade negotiator and academic.

Dr Sta Maria played an integral role in Malaysia’s participation in multilateral forums such as APEC, where she often represented her economy during the APEC Ministers’ Responsible for Trade Meetings and the Small and Medium Enterprises Ministerial Meetings. In the Association of Southeast Asian Nations (ASEAN), Dr Sta Maria chaired the body that drafted the ASEAN Economic Community 2015 Blueprint as well as the ASEAN Economic Community 2025 Blueprint. An accomplished academic and writer, Dr Sta Maria’s scholarship has been recognized through awards from the American Academy of Human Resource Development and from the University of Georgia. In 2017, she authored a book about her personal slice of Malaysian heritage and cuisine, called The Smell of Home.

CARI’s ASEAN Roundtable Series on 2 April 2019 brought together a panel of speakers who discussed their views and concerns on Non-Tariff Barriers and its impact on ASEAN trade. Titled “Future of ASEAN Trade: Tackling Non-Tariff Barriers in the New Trade Order,” the speakers concurred that Non-Tariff Barriers pose an obstacle to ASEAN growth and strong political will is needed to fully address NTBs.

The challenges to remove Non-Tariff-Barriers (NTBs) in ASEAN are both technical and political. Despite having committed to the full removal of NTBs by 2015, ASEAN missed the target and is still struggling to tackle the various trade barriers which are on the rise.

Dr. Munir opened the session by stating the importance of effective NTB removal because ASEAN’s collective growth upside is greatly dependent on the success of the ASEAN Economic Community (AEC) implementation. He cited a 2014 study on ASEAN economic integration where it was projected that successful implementation of AEC will lead to GDP growth by 7% in 2025 based on three assumptions: i) the removal of the remaining intra-regional tariffs; ii) the cost of doing trade to go down by 20%; and iii) the phasing out of intra-regional NTBs by 50%.

Yet, ASEAN is far from fulfilling the three assumptions.

1. ASEAN is at risk of not fulfilling its potential due to NTMs/NTBs 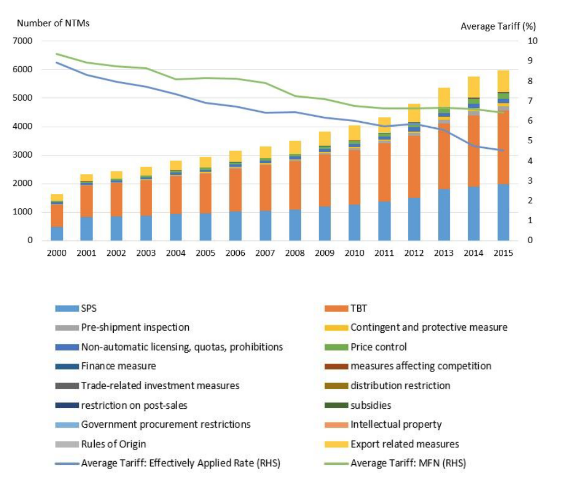 4. Differentiating NTMs from NTBs and assessing the cost of NTMs 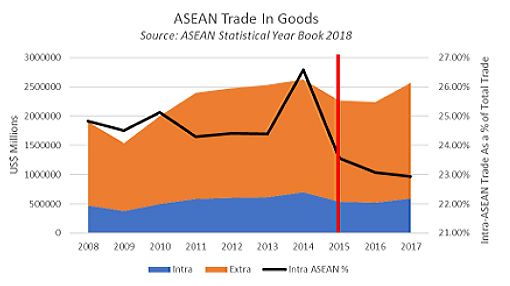 7. Political will a must to address NTBs

Cooperation among the member states is required since NTBs need to be addressed at the regional institutional level, national level and sectoral level. ASEAN may have bright prospects but having a rosy outlook is not the same as reality. The future prospect should not overwhelm the current reality, Dr Munir said. Together with the uncertainty caused by the new trade order, NTBs could hold back ASEAN from fulfilling its potential. Therefore, it is in the interest of every ASEAN member state to work together in eliminating NTBs. 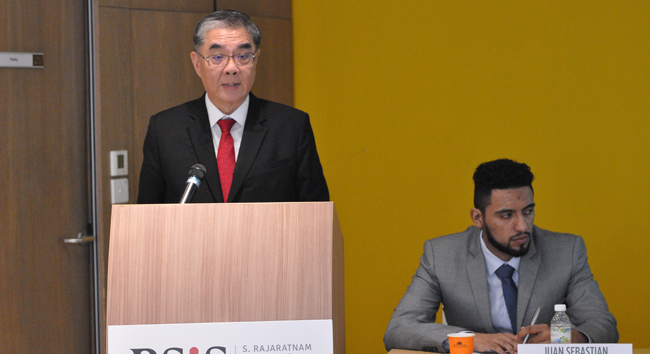 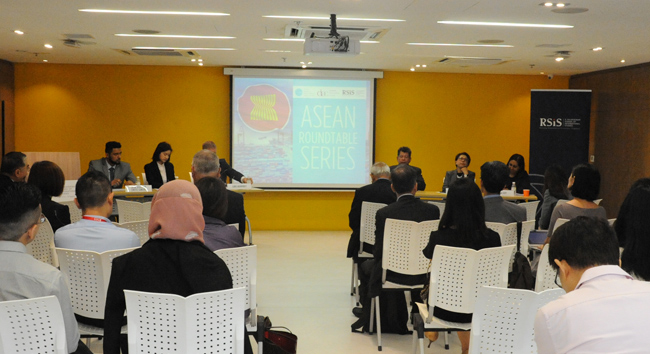 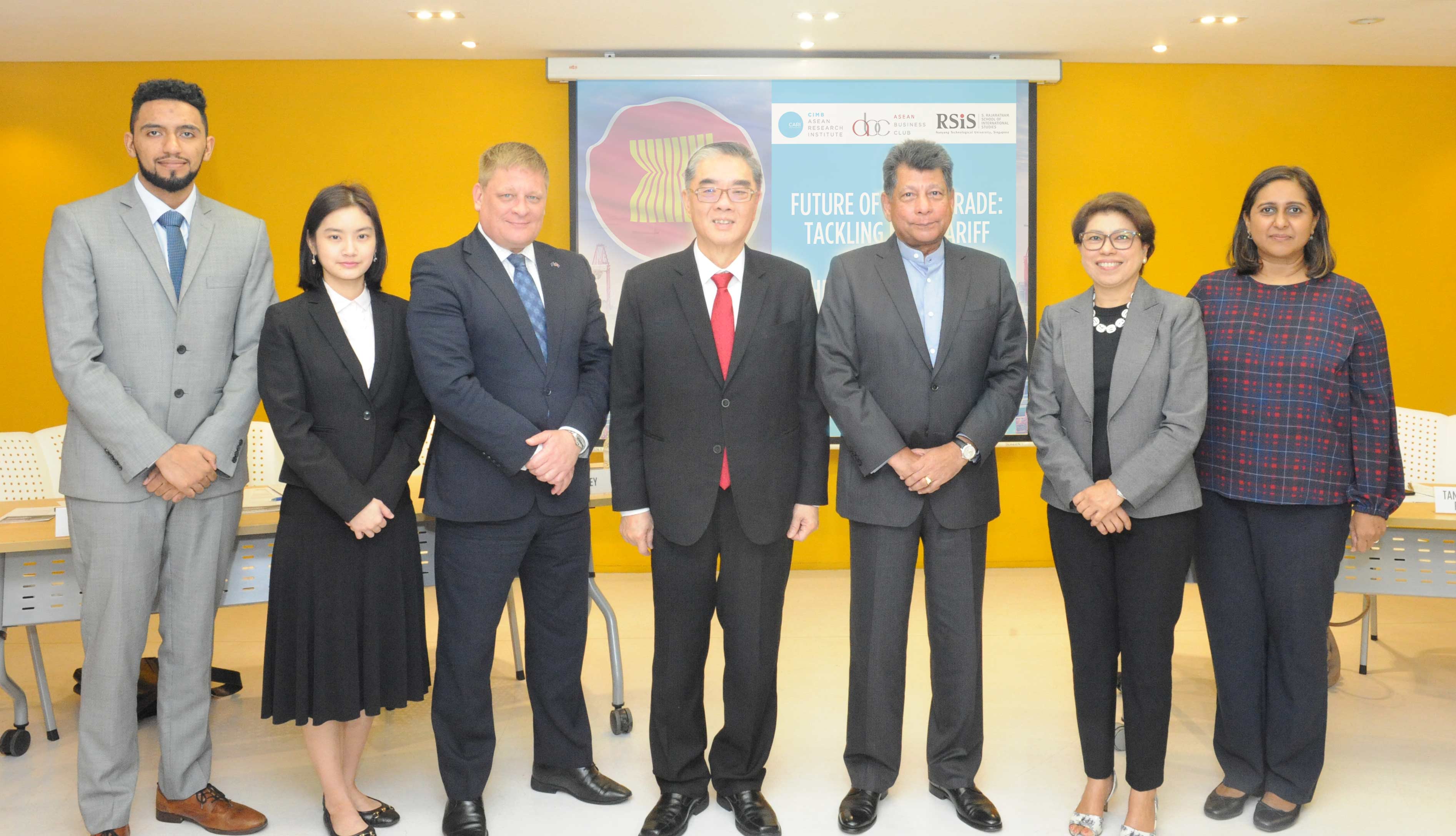